However, that all changed when Mongrel Media decided to take over the venue for six days of TIFF-related festivities. 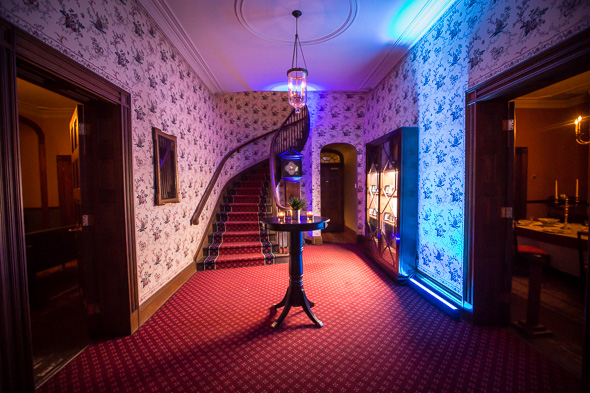 The foyer and main level remain largely untouched by Mongrel party planners aside from nods to TIFF in the glass cabinets where film stills from Mongrel movies are displayed. 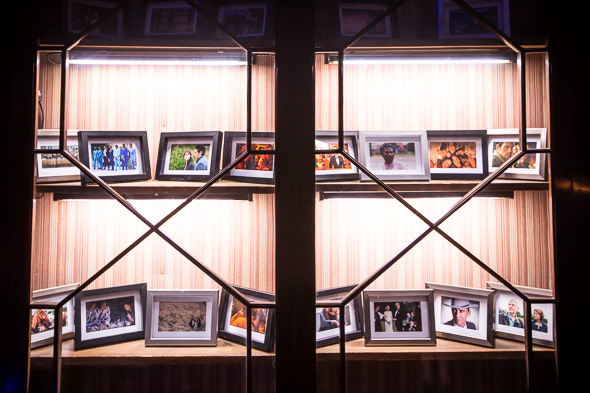 Things start to get interesting on the upper and lower floors. 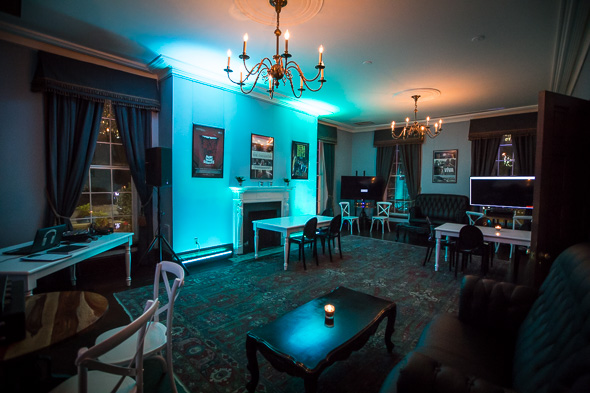 Assisted by enthusiastic DJs, a few karaoke stars have crooned 80's hits on the upper floor. The original Campbell House decor remains unchanged but the addition of glowing coloured lights and massive TVs brings the place into the 21st century. 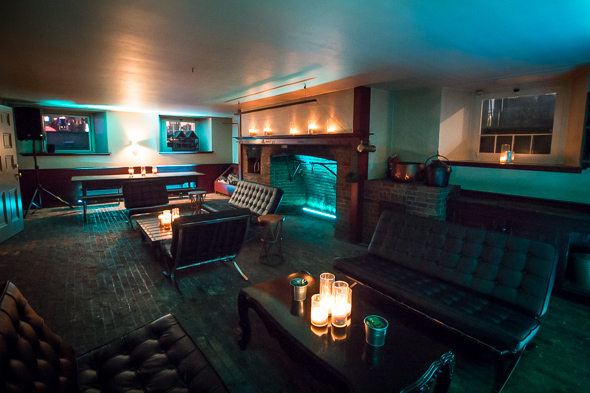 The lower level is reserved for cocktail-minded lounge lizards and aspiring ping pong stars. A generous makeover has been given to this space including the addition of leather sofas, surround sound, and copious amounts of candles. 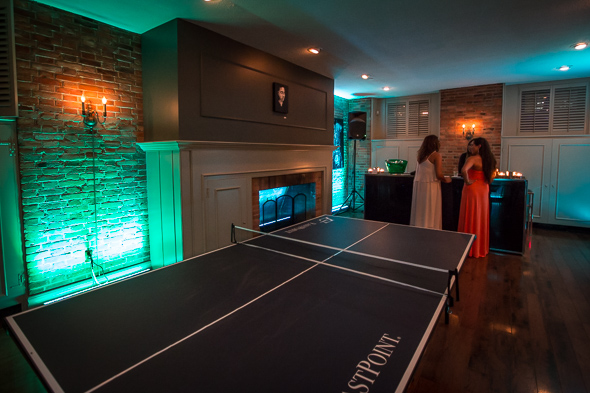 Most people below ground have congregated in the ping pong room. Party guests have faced off at the table while onlookers have taken advantage of the cocktail bar located on the opposite side of the room. 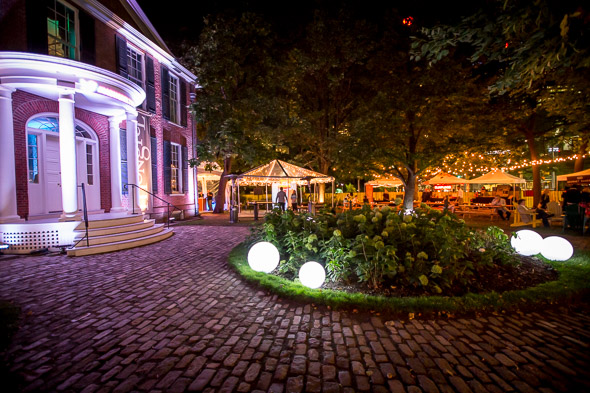 The front lawn is the heart of the venue, outfitted with several fairy-light clad tents and enough entertainment to keep guests busy for hours. A bar serving signature cocktails and plenty of food tents have made it an ideal place to spend many a TIFF night. 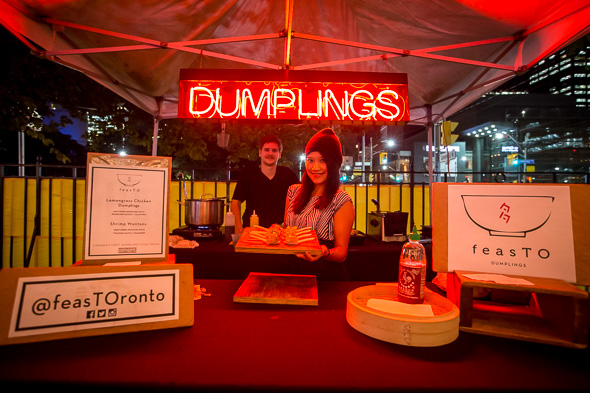 Mongrel has also brought in well-loved local eateries. There have been gourmet samosas from Rick's Good Eats, dumplings from FeasTO, chilled treats from Philip's Ice Pops, and cheddar-filled creations from Cheesewerks. 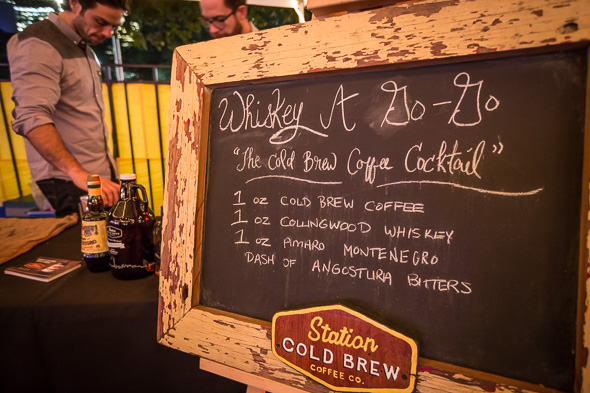 Drinks wise, two signature beverages have been served at the bar. For the unadventurous, there's a classic vodka cran. For those who like drinks with more personality there's a heavenly blend of Collingwood whisky, Chambord and agave nectar. Not to be overlooked are the cold brew cocktails courtesy of Station Cold Brew. 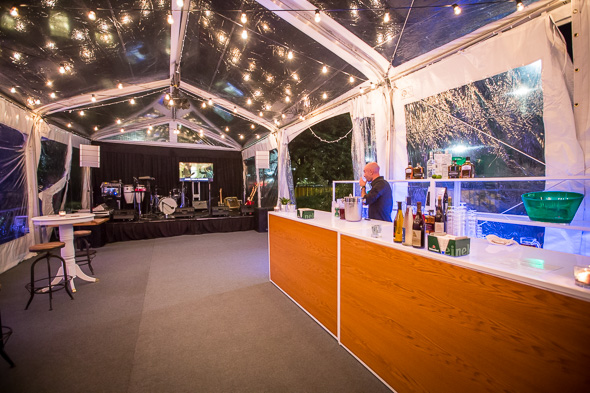 A tent that houses the stage for Universal artists has by far been the most popular attraction. Each night there have been different bands performing. 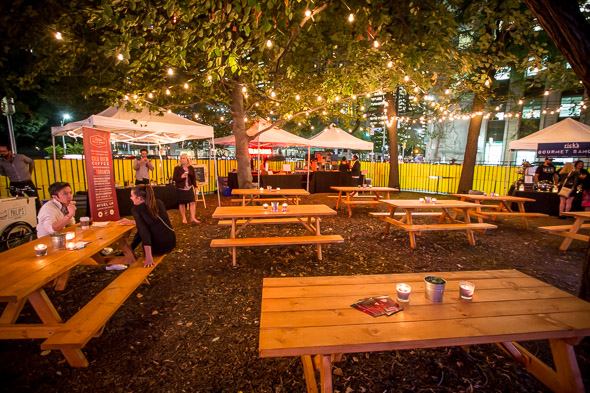 All things considered it seems like an ambitious project done well. Sure, it would have been easier to just take over a turnkey bar or restaurant but what would be the challenge in that? 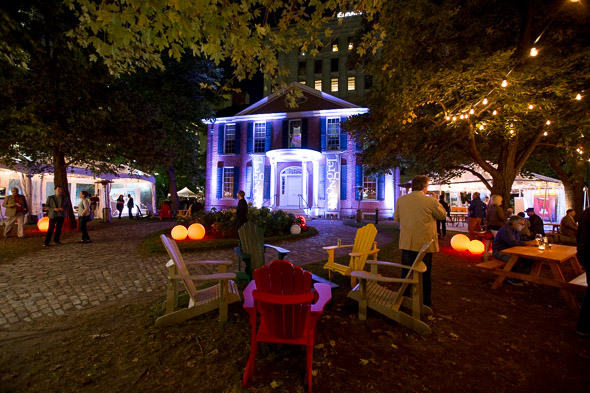