The Joker cruises down Yonge St. for Suicide Squad

While Suicide Squad has been busy blowing stuff up on the streets of Toronto, sightings of the Joker have been few and far between. That changed last night when the production showed off the villain's slick new ride in a scene filmed at Yonge and Gerrard streets. 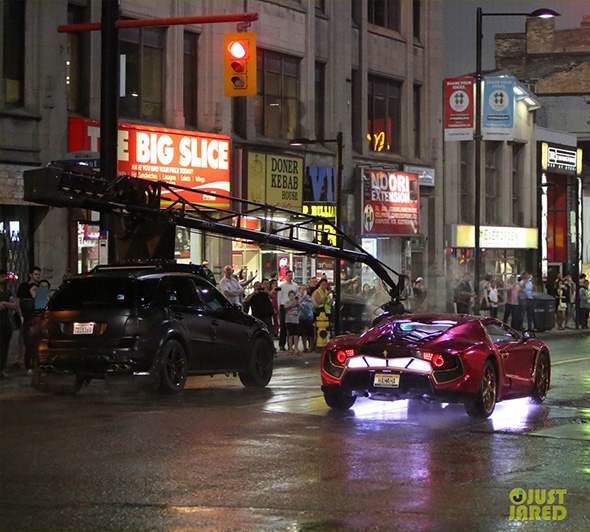 Jared Leto fans will be disappointed to learn that the green-haired driver is a stunt double, as is the passenger who stands in as Harley Quinn for Margot Robbie, but that's one hell of a slick car.

Perhaps the best part is the licence plate, which reads simply HAHAHA. We appear to be in store for a more campy Joker than the one who graced the screen in the Dark Knight. And, as I've said before, this movie is going to have Toronto written all over it when it finally hits theatres.

Just Jared has more photos of the scene here.

Lead photo by Nick Kernick in the blogTO Flickr pool.