Beyond the world of narrative threads, plot structures, and story beats lies filmmaking in its purest, most abstract form. On the far-side of Hollywood, you'll find filmmakers sculpting with the substance of image and the essence of audio, playing with perceptions of time.

In Toronto, the Pleasure Dome curatorial collective has been nurturing appreciation for time-based media arts since 1989. Even as they celebrate their 25th anniversary season, their focus remains fixed on the present and what lies beyond.

Program coordinator Tom Taylor, and programmer Melanie Wilmink have little time for retrospection. Pleasure Dome is an organization composed of volunteers; a rotating collective of programmers; and Taylor is the lone staff member acting as Director and Programming Coordinator.

He has been with the organization for 23 years, almost since its inception. Despite the lean staff, Pleasure Dome produces Fall, Winter, Spring and Summer programs featuring up to 20 events per year. "With all these new ideas and new projects on the horizon, it kind of propels you forward without ever really letting you think of the past," Taylor says. 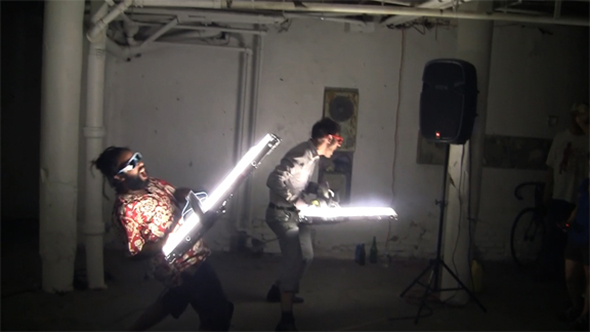 Close to half of their programming each year comes from curators outside their core collective. These practices ensure diversity in their programming, and both Taylor and Wilmink are especially proud of the space Pleasure Dome provides for young curators to develop their skills. Wilmink says, "New perspectives are integral to an organization like Pleasure Dome and that constant renewal is what has helped it survive for 25 years."

When Pleasure Dome first began, Taylor says it stood out by presenting exciting work by underrepresented artists. Queer and punk innovators like Bruce LaBruce, G.B. Jones, and Annie Sprinkle, artists from the New York transgressive school like Richard Kearn, structural film pioneers like Stan Brakhage and Michael Snow, and super 8mm works from Peggy Ahwesh and Linda Feesey that may have otherwise fallen through the cracks. 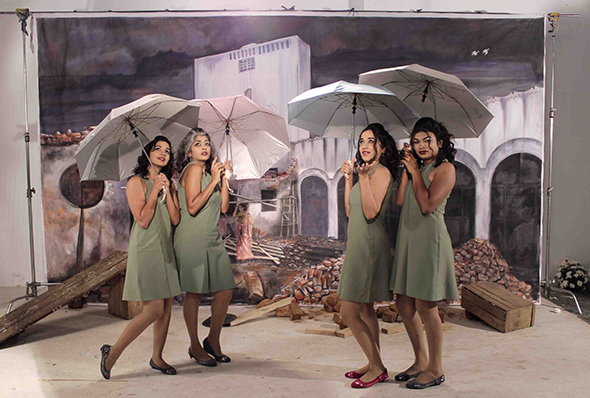 Pleasure Dome's year-round programming schedule helps to maintain their continued relevancy. This calendar-spanning format allows their programmers to respond to new works as they're produced, rather than waiting for a year to pass until a festival schedule permitted an exhibition.

Pleasure Dome is also a creator of discourse and discussion in the experimental film community. They're an active publisher of critique, theory, and retrospective book titles curated and edited by contemporaries and leaders in the field. 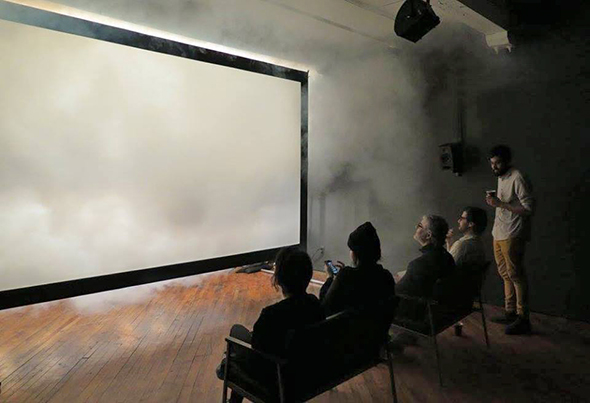 Part of Wilmink's interest is examining how audiences interact with art in different spaces, and Pleasure Dome continues to seek out interesting venues to showcase artists' work. They've recently partnered with Videofag, Double Double Land, and the Whippersnapper Gallery.

The day I visited, I took in The Cloud of Unknowing by Singapore artist, Ho Tzu Nyen at Trinity Square Video Gallery. There is no dialogue or narrative, but rather a series of intricately composed tableaus - mesmerizing images of loneliness, longing, and decay.

The filmmaking is masterful. Each frame overflows with visual and emotional content. It's riveting and surreal - a remarkable piece of time-based artwork showing through March 21st, part of Pleasure Dome's 2015 Winter program. 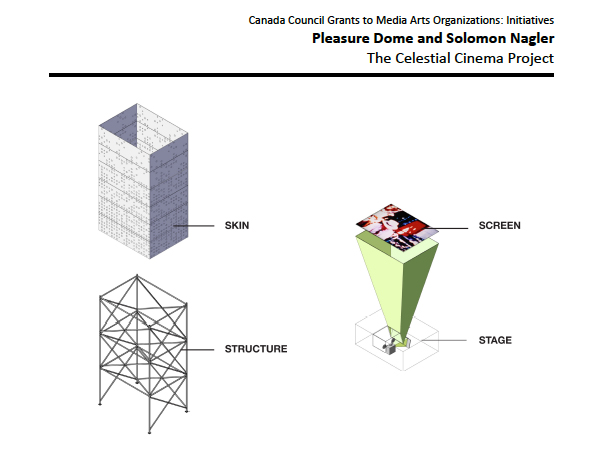 Although they are constantly changing, evolving, and moving forward, Pleasure Dome will mark their 25th anniversary milestone with a special commission from Halifax artist, Solomon Nagler. Dubbed The Celestial Cinema Project, the cinema-installation will compel viewers to enter and lie back to see the film-work projected above their heads against the backdrop of the night sky.

The installation will be portable, and will be accessible in select and unexpected public spaces throughout the city. The film will loop a collage sewn from the Pleasure Dome archives. It's a fitting way to mark the collective's anniversary, and the skyward gaze hints at the imaginative possibilities for the future.