Those who weren't over the moon (apologies) for James Cameron's Avatar—citing scripting issues, mostly—could at least get on board with the film's technical mastery. At that time, there wasn't another cinematic spectacle quite like it, especially one in 3D. Four years later, Alfonso CuarÃ³n (Children of Men) has officially trumped Cameron in that regard with Gravity. Many are, similarly, complaining about this one's script ("I hate space!"), but it's a bit like critiquing the side props placed in the periphery on an awesome roller coaster ride. That's not really why you're there, nor why you'll remember it years from now.

"This three-day screening and panel series celebrates the 40th anniversary of the pioneering Toronto Women & Film International Film Festival, whose landmark 1973 debut is often regarded as the beginning of the city's rich film-festival scene." Only three films here, but all of them are fascinating and well-worth seeing, especially A New Leaf by Elaine May, whose 70s films are some of the most under-appreciated films of that decade (this one included!). Each of the three screenings will be introduced by a well-respected film scholar, namely Melinda Barlow, Kay Armatage, and Brenda Longfellow. 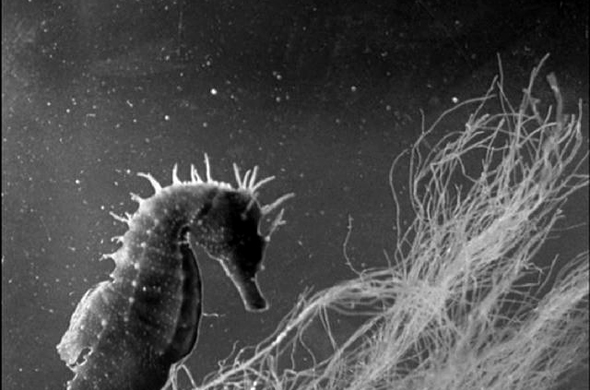 For many cinephiles, TIFF Cinematheque's Nuit Blanche slate makes the entire event worthwhile. While there are plenty of interactive, extra-cinematic events taking place in the building, it's the silent film programmes that hold the majority of the gems. This year, there is a focus on city symphonies (featuring films by Manoel de Oliveira Jean Vigo, and Joris Ivens) as well as early science films that were massively influential to surrealists in the 20s and 30s (Jean PainlevÃ©, mostly, but also a wonderful short by Percy Smith called The Acrobatic Fly). The films total about two hours, and will be cycled through a few times between 2AM and 7AM.