This Week in Film: Our Nixon, The Birth of the Blockbuster, and Frenkel Defects

"As Richard Nixon prepares to take the oath of office, three of his closest associates fire up their cameras," and this is the footage. I probably don't need to say much more than that, really. One of the most fascinating and complex public figures of the twentieth century, Nixon as organized by Penny Lane is a rare, insider look at his life that has been wowing festival audiences all year - including those who caught it at Hot Docs last May - with its revelations and intimate insights.

Before diving head-first into a sea of art cinema next week, the TIFF Bell Lightbox offers this jam-packed, palette cleansing weekend showcasing the earliest and best examples of Hollywood blockbuster filmmaking. The series is predictably Spielberg heavy, though mysteriously without any George Lucas representation. I've long waited to catch John Carpenter's The Thing on the big screen (put off seeing the remake for that very reason), so its inclusion is my highlight of the set, even if it will be showing - like all of the other films - from digital prints. 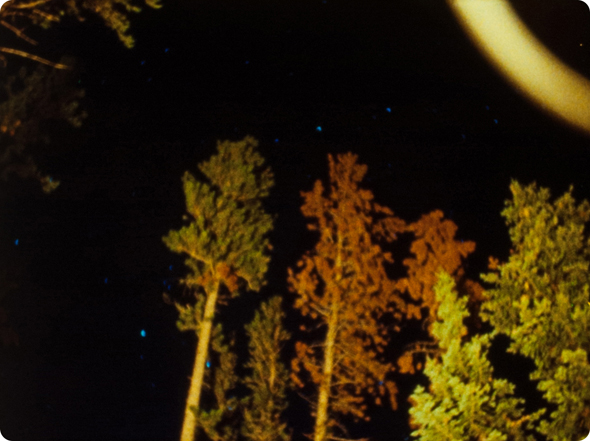 Lead still from Our Nixon.