For a genre director, Johnnie To seems to be remarkably invincible from a critical standpoint. Releasing roughly a film a year, To can't seem to make an ostensible action/thriller entry without it getting hailed as his latest and greatest masterpiece. Always entertained, I tend to be a detractor in thinking his movies are merely just that: entertaining. Drug War is different, though. When it comes to double-crossing cop movies (to be super reductive), there probably hasn't been one as invigorating, smart, and deceptive as this one since Infernal Affairs, and even then this one is way more tonally interesting and reliant on the audience's full, undivided perception skills. Crescendoing to a nihilistic climax in the blink of an eye, this is truly the work of a master at the height of his craft.

Amazing how some guys just have a knack for getting gajillions of dollars thrown their way to make movies. On the strength of some innovative short films, Neill Blomkamp, maker of that neat Adicolor Yellow video, got a cool $30 million to make his feature debut - the shaky cam realist sci-fi monster movie District 9. Now comes his sophomore effort, and it cost roughly quadruple the price, and it shows both in the high gloss of the production and in the themes of the film. Set in the semi-distant future, Elysium is the name of a space station where the upper classes live, while the lower classes are stuck on a ruined Earth. There is, naturally, a bunch of thrilling genre stuff that takes place in response to the humanist premise, and Matt Damon and Jodie Foster are the leads who navigate us through it all. The summer blockbuster season: it's winding down. 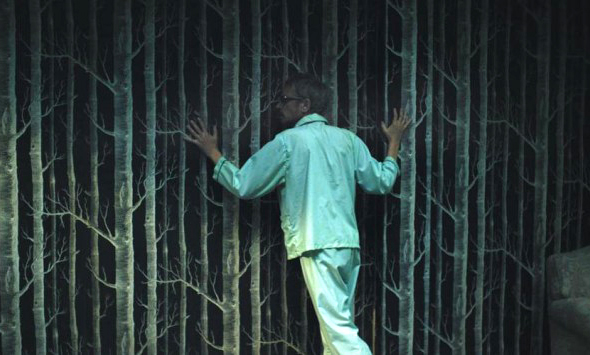 Ask pretty much any film critic or cinephile about her favourite films of 2012, and chances are you'll hear mention of Holy Motors. For many of those people, that film will have been their first encounter with a film made by Leos Carax. While some blame for this could be laid on the fact that he'd only made four films prior, with none of those being at all well-represented on DVD in North America, the primary reason is that it was his first film in 13 years, and only his second since 1991's The Lovers on the Bridge. Which is all to say that, look, all five of his films are among the best that have been made in the past three decades, so don't let a lack of familiarity turn you away from seeing these films on 35mm - perhaps the very last time you'll even have that opportunity.

Inspired by poetic realists such as Jean Vigo and Jean Cocteau, Carax's cinema has been both extremely eclectic and consistent from the beginning. For one, all save for Pola X star Denis Lavant as a surrogate for Carax; the two look vaguely similar, and the flexible actor's romantic escapades are meant to emotionally represent Carax's interior anxieties about love and death. At the same time, his films are prone to erratic tonal shifts from one to the next; from the punch-drunk whimsy of Bridge to the graphic polemics of Pola X to the funereal absurdism of Holy Motors, his cinema is as alive, mutable, and well-realized as it gets. And to briefly touch on his first two pictures, Boy Meets Girl and Bad Blood, they're both masterpieces and too difficult to pin down in a measly capsule overview but must be seen, too. Oh, and Leos Carax will be present to do Q&A's after the Bad Blood, Holy Motors, and The Lovers on the Bridge screenings.

The Roland Emmerich and/or Samuel L. Jackson film that even they couldn't stoop low enough to make, Sharknado has taken cult cinephiles the world over by storm ever since teaser posters from Cannes hit the net last May and went viral. The film is about the havoc wreaked when a bunch of tornadoes filled with live, hungry sharks are...actually yeah that's pretty much all that needs to be said. It's dumb, it's awful, it's too bad to be true, and it's so much more popular right now than any other movie that it's getting midnight screenings in most of the major cities in North America. The Toronto one is this Friday, but if it's anywhere near as wretched as The Room, this'll only be the first of many opportunities to see some sharknadoes projected up to life size on a cinema screen. "Enjoy."