Pedro Almodóvar has become so reliable at dishing out solid entries within his own brand of Latin camp melodrama every two or three years that by now he appears to be working on autopilot, so it's no wonder that his latest would take place almost entirely on an airplane (cut to the auteurists in the house; yes, this is Almodóvar's Airplane!). Flamboyant to the point where its mission statement may well have been to be the quintessential Pride weekend film, Almodóvar was clearly striving to return to his Matarazzan roots after a trajectory that saw him steer from humour, toward horror. I'm So Excited may make you want to go out and rent his vintage 80s work, but it's too airy to truly join the ranks of those films (sorry, this film was expressly designed for awful descriptive puns).

Museum Hours sees avant-garde filmmaker Jem Cohem deviate from his materialist experimentation into a pure Humanist drama. Dropping in for some quiet, studied, personal time with a museum guard at the Kunsthistorisches Art Museum in Vienna and an American in town to visit a comatose cousin, Cohen asks us to observe their companionship, and the people and city around them, as we would one of the Brueghel paintings hanging in the museum. "Every time I look at them, I see something new." Like a less rigorous Chris Marker essay, or a more saccharine José Luis Guerín city symphony, the film will make you consider the faces and objects around you a little bit longer.

Canada Open Vault: Winston Washington Moxam's From the Other Side & The Barbeque (Wednesday, July 10 at 8:30PM; TIFF Bell Lightbox) 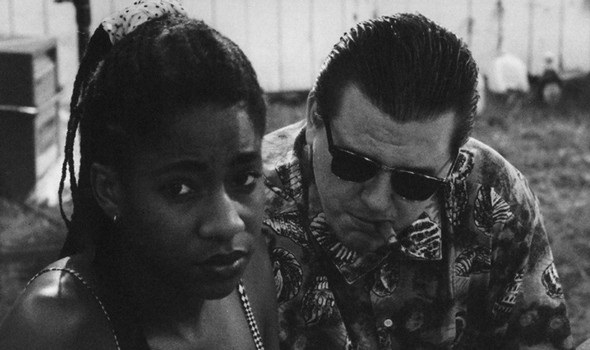 For this Summer's edition of Canada Open Vault, TIFF showcases these two medium-length films by Winnipeg-based filmmaker Winston Washington Moxam (1963 - 2011)." [Moxam] was one of the most prolific and unique voices to emerge from Manitoba in the 1990s. Unlike many other Manitoban filmmakers of Moxam's generation whose tastes tended towards the surreal, Moxam dealt almost exclusively with such pressing social issues as poverty, social justice, race and sexuality." The first film in the pairing is From the Other Side, a 30-minute documentary about poverty and the homeless in Toronto, while the 48-minute The Barbeque is a fiction about a young woman who struggles to rein in her temper as she deals with her ex-boyfriend's racist family during a backyard barbecue.

The Japan Foundation has joined forces with the Toronto Animation Arts Festival International (TAAFI) to present this exciting, free series of classic anime film screenings and lectures on Japanese animation and pop culture. Spreading out four screenings (all on 35mm (!) and all at Innis) and two lectures (both at the Japan Foundation, Toronto), the series culminates in a screening of Galaxy Express 999 at TIFF Bell Lightbox.

For their first screening, they'll be showing the classic manga film Arcadia of My Youth (Tuesday, July 9 at 6:30PM), in which space captain Harlock, the latest in a family of proud aerial warriors, begins his journey to free the oppressed Earth from the despotic Illumidas. For info on the rest of the lectures and screenings, click the above link.

Lead still from I'm So Excited.