This Week in Film: Much Ado About Nothing, Man of Steel, more Narcisa Hirsch, This is Martin Bonner

Much Ado About Nothing (Varsity)

Falling in line behind the Taviani brothers' Caesar Must Die, Alain Resnais' You Ain't Seen Nothin' Yet (will Toronto ever have a chance to take a look at this wonderful film?), and MatĂ­as PiĂąeiro's Viola, Joss Whedon directed 2012's other other other experimental theatre-to-cinema adaptation with this modern take on the classic Shakespeare comedy. Filmed in a low-contrast black & white a la Noah Baumbach's Frances Ha (check back next week for more on that one), this is a slight yet charming and quirky comedy that sustains itself on the intriguing dissonance between language and setting.

Well, at least the gap between this and Singer's Superman Returns is a little more spread out than Sam Raimi's final Spider-Man movie and Marc Webb's reboot (seven and five years, respectively). Usually these reboots benefit from some kind of nostalgia that builds over a nice, steady two-or-three-decade period, but are people actually craving another Superman movie right now? Clearly Christopher Nolan is to blame for this, what with his Batman films easily besting the two non-Burton pictures, and offering a markedly different take on the franchise, tonally speaking, than we'd yet seen before. But this was just looks like an excuse to make an expensive movie. 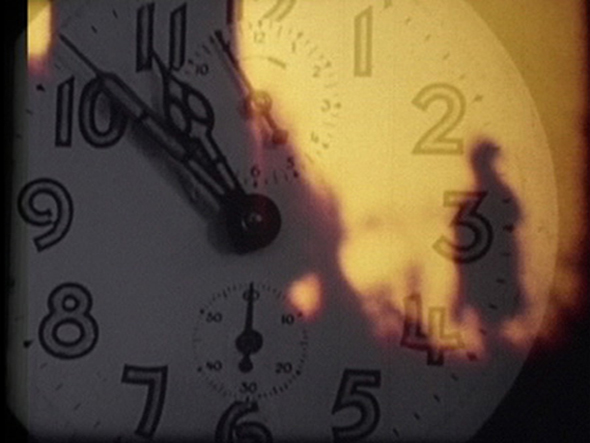 After you see her In Dialogue presentation with Michael Snow (Thursday, June 13 at 6:30PM: TIFF Bell Lightbox), you're sure to want to see more by Narcisa Hirsch. Fortunately, The Free Screen is keeping her around to allow us to do just that. This afternoon of her short films and videos, guest programmed by Federico Windhausen, will span four decades of the German-turned-Argentinian's career, which shows influences from minimalist music to structural cinema to Borges. The Free Screen is free, as always.

Winner of the Best of Next Audience Award at Sundance 2013, This is Martin Bonner is "A mood piece, a character study and an exercise in poetic gesture possessed of a sort of evanescent, secular spirituality." The film tells the stories of Martin Bonner, who's just left Nevada where he has his two adult children and a life he spent more than two decades building, and Travis, a prisoner being released after twelve years in the slammer. "Their unlikely friendship blossoms but is put to the test when Travis betrays Martin's trust in order to reunite with his estranged daughter." Refocus is a free series of Canadian/Toronto premier screenings, curated by Jeff Wright, film programmer at Canadian Music Week and Rendezvous With Madness.

One thing I've learned from glancing over the eighteen-film line-up for this year's Toronto Japanese Film Festival is that contemporary Japanese directors makes some long movies; the average running time for the films in this sprawling, 16-day festival is over two hours, with many of them inching toward three. Hopefully this won't deter anyone from checking it out, because this festival is packed with some of the most important and under-appreciated names in Japan cinema today. The big title in the bunch is certainly Koji Wakamatsu's The Millennial Rapture (Monday, June 17 at 7PM), which is the final film the master made before passing away last October. That's the film trailer up above this paragraph by the way, presented without subtitles but still capturing his inimitable touch.

Lead still from Much Ado about Nothing.