Ostensibly a talking heads documentary in which five cinephiles interpret and share their conspiracy theories on Stanley Kubrick's horror masterpiece The Shining, Room 237 might be the year's best comedy. In a good way. There is something undeniably tickling about watching OCD cinephiles expound their theories on what Kubrick was really up to, especially when most of them are this patently absurd. The film, therefore, is less an exposĂŠ of exciting new insights into The Shining, but rather a document of 21st century cinephilia zooming miles beyond the zenith of rationality; the auteur theory at it's most entertainingly noxious.

Baz Luhrmann isn't exactly on a winning streak, but who can deny the appeal of F. Scott Fitzgerald's The Great Gatsby, one of the seminal works of 20th century literature, being adapted into a 3D epic starring Leonardo DiCaprio and directed by the Romeo + Juliet guy? Okay, so I can see why there might be some reservations, but even if it is a train wreck, it's one of the most interesting and bazzling train wrecks of the year.

A nice little Canadian gem from last year's TIFF, there's a certain audacity to directors Jason Lapeyre and Robert Wilson's decision to depict a game of capture the flag as if it were a gruesome, 18-rated war picture. Not that there are any adults in the film; it's still your typical gathering of barely teenage friends playing outside on a nice day. But the weapons (assault rifles, machine guns, grenades) are presented in the film as real arsenal, and the gunfire and explosions are so authentically percussive that it takes an entire act to get used to the cognitive dissonance of what appears on screen.

Is it all a commentary on video game violence and youth's discomfiting relationships to gun culture? Perhaps that's the ultimate intent, but I Declare War works best when it isn't trying to make a statement (and also when the "drama" from silly adolescent angst goes away), and just lets us watch the most thrilling and least mimed version of capture the flag ever played.

Remembrance of Things to Come: Works by Chris Marker (May 16-19; TIFF Bell Lightbox) 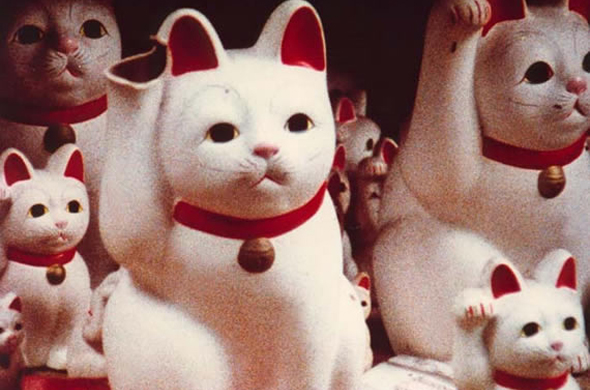 As a complement to their exhibition of Chris Marker's photographs (part of the Scotiabank CONTACT Photography Festival), TIFF will present a mini-retrospective of some of the most famous and influential works by the legendary French director. Few filmmakers are as rigorous in their explorations of French politics and culture as Marker was, having created some of the most profound essay films ever made, which are often as perplexing and baffling as they are mysterious and strangely moving. In light of his death last summer, this is a welcome, (if unfortunately brief) re-visitation with his work, and is a refreshing about face on the heels of Hot Docs' unchallenging brand of non-fiction cinema.

"Berenice Villagomez, coordinator of U of T's Latin American Studies program, returns to The Revue to introduce this 1984 Mexican film, directed by Paul Leduc and starring Ofelia Medina in a remarkable portrayal of the artist Frida Kahlo. The award-winning production is painterly and impressionistic, aiming to capture the spirit of the artist's work, as well as present flashbacks of her tumultuous life. The film weaves together memories, dreams and images that pass through Frida's mind as she lies dying at age 47. This is a Pay-What-You-Can screening, presented for a second time at The Revue through the generosity of the Consulate General of Mexico in Toronto."

Toronto filmmaker Sarah Goodman (Army of One, When We Were Boys, Hidden Driveway) is currently crowdsourcing fund for her upcoming film, Porch Stories, a feature length comedy/drama that takes place in the Toronto's Little Portugal neighbourhood. If you want to learn more about the project and/or throw it some coin, click here.