This Week in Film: To the Wonder, Much Ado About Nothing, Taxi Driver, and Speaking Directly (Some American Notes)

Many are saying that Terrence Malick's latest, which arrived only a year after his humanity-summarizing The Tree of Life, can only be appreciated by his die-hard fans. This has less to do with self-references or an esoteric vision than the fact that it is easy to watch the movie and discard it as perfume-ad kitsch; those familiar with his work will already know full-well that the tradition of wispy, uber-romanticized lovers prancing among the world is Malick's trademark, and appears here without a hint of irony. Overwhelming in the sheer amount of pure beauty it contains, To the Wonder is actually a critique of disingenuousnes, particularly as it pertains to the American middle class and suburbia.

Book Revue: Much Ado About Nothing (Tuesday, April 23 at 6:45PM; Revue Cinema)

Before you check out Joss Whedon's experimental take on the hilarious Shakespeare play, take a look at the 90s version starring Emma Thompson, Denzel Washington, Michael Keaton, and Keanu Reeves. Shot in a Tuscan villa, Much Ado About Nothing is bathed in a golden glow that practically radiates from the screen. "This may be the first Shakespeare movie in which the characters sport tans worthy of an MTV spring-break marathon, [an attempt] to make Shakespeare as glamorous and yummy-sexy as possible." With ads suggesting "This isn't a movie -- it's a party," I actually wonder how this ever evaded TIFF's Keanu retropective.

The Seventh Art, the exciting Toronto-based online video magazine, are continuing their 'Live Director Series' by importing Taxi Driver screenwriter Paul Schrader to present the new 4K restoration of the classic Martin Scorsese picture. Roger Ebert's notably called this "one of the best and most powerful of all films," so honour the late, great film critic - and your own taste in cinema - by attending this here screening; the Images Festival will have ended by then and Hot Docs will still be a few days away, so there aren't really any excuses left, are there? Tickets are $15 if you buy them here by April 19, or $20 at the door. 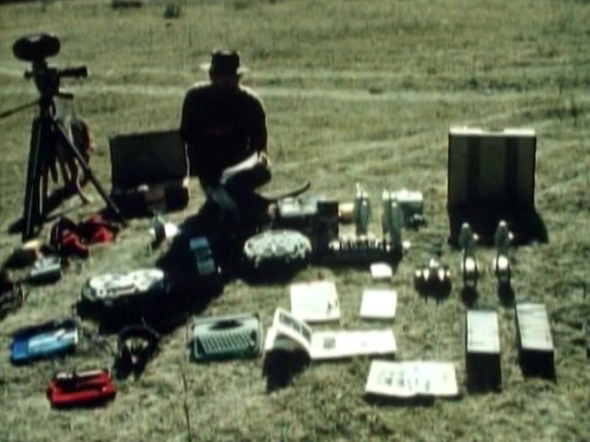 "Speaking Directly was made after Jon Jost was imprisoned between March 1965 and June 1967 for refusing to serve in the Vietnam War. While this may have left a heroic residue on the film, it is one Jost resists at every opportunity. Segmented according to subject positions and interpersonal relations (I-They, I-You, Female-You, Male-I, People I Know - directly, People I Know - indirectly, etc), Speaking Directly deconstructs the language of war, national identity, gender politics, friendship and ultimately cinema itself." Guest programmed by Eli Horwatt, this is yet another essential and rare film from the experimental film canon.

Lead still from To the Wonder.