Paul Schrader really wants to talk about The Canyons. The writer and/or director of Academy Award nominated (and winning) films like Raging Bull, Taxi Driver and American Gigolo sold out The Royal Cinema on Sunday night, where hundreds of Toronto cinephiles, gathered for a screening of a digitally restored copy of Taxi Driver, the Martin Scorsese film about a cabbie with more deep thoughts than customers in his backseat.

A reformed film critic who made the jump from nonfiction to fiction when he found himself drifting, Schrader wrote Taxi Driver because he felt like Robert De Niro's Travis Bickle himself--lonely, lost and trapped in a metal taxicab coffin. He used the character as his "exorcism voodoo doll" and three years later, after a game of chess with Scarface director Brian De Palma, he found himself a professional screenwriter. 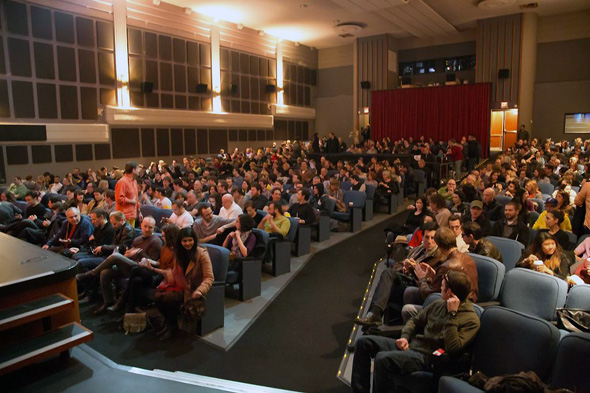 "Write the thing in order to be the thing," is the quick wisdom he offered up in the Q&A that followed the screening, pressing The Seventh Art moderator Chris Heron to move the conversation along in a way all of the audience felt. Schrader was anxious and excited because there were other things he wished to talk about. That's when the evening became, as film critic and author Richard Crouse tweeted, "Less a Q&A than a filibuster."

Because Schrader really, really just wanted to talk about The Canyons. 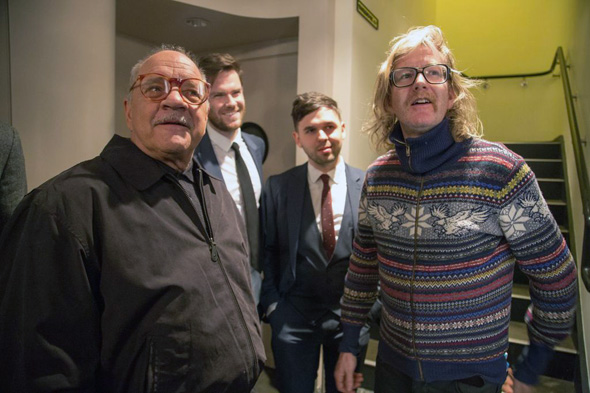 Veering every question about Taxi Driver toward The Canyons, Schrader refused to miss an opportunity to promote his film, an indie that was crowdfunded and crewed up online (and which aslo features score from Brendan Canning). Now infamous for being the movie that The New York Times' Stephen Rodrick wrote about in "Here Is What Happens When You Cast Lindsay Lohan In Your Movie," the piece painted Schrader as a filmmaker desperately trying to salvage his floundering career to the point of tolerating high-maintenance behaviour from Lindsay Lohan. The review has been the curse and curiosity of the film since it came out in January.

Unfazed when Heron asked about the Times piece, Schrader shrugged off the bad press the film has been receiving with a piece of simple advice for filmmakers who may have been sitting in The Royal's reclining seats: "Bad behaviour is the least of many problems. Miscasting is worse. It's an imprint that can't be undone." 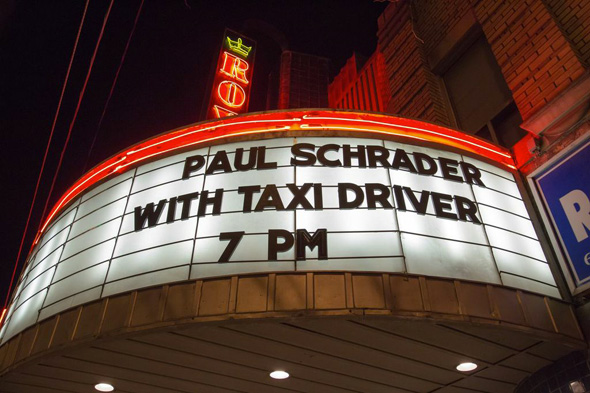 Despite obvious issues with Lohan and Deen's abilities in the clip he's eager to show, Schrader remains positive. He has never lost sight of why he got into filmmaking, he tells the audience, to achieve something more substantial than fame or wealth. The filmmaker's dilemma is now getting bums in seats.

Regardless, he believes he's won the gamble. He shot on a shoestring budget, uninsured, with a crew making minimum wage. The film, he says, has been sold to IFC for $1 million.

And Schrader is damn proud of it.