Now that the West Memphis Three have been released from prison (spoiler!), it seems like everyone is making a movie about them. Joe Berlinger and Bruce Sinofsky serendipitously closed out their seven-hour Paradise Lost Trilogy right as their charges were being dropped, Atom Egoyan is dramatizing it with Devil's Knot, and just last January this one by Amy Berg showed up in Sundance. For those unacquainted with the specifics of the trial, its history, or Berlinger and Sinofsky's landmark doc trio, West of Memphis is a riveting and infuriating exposition of the manipulation and prejudice that took away almost two decades from these men's lives. While more a summary than art, this threatens to become the defining portrait of this case, if only for its all-encompassing, compact, and more conventional packaging. 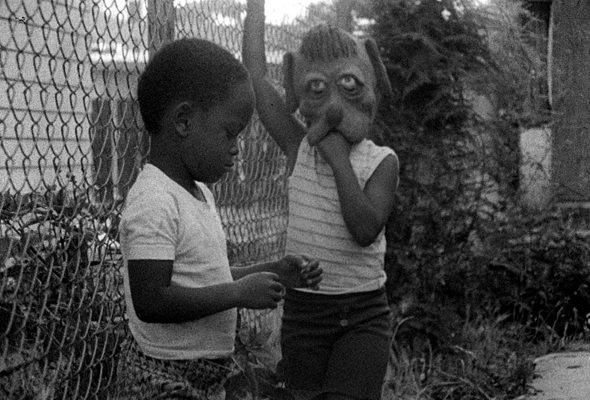 It's February, which means it's again that time of year when TIFF brings us some brilliant, criminally under-appreciated cinema made by black filmmakers--of which there are far too few, even today, and even less than there are women directors, if you can imagine. This year we get a mini-retrospective on Charles Burnett's early career, which includes one of the best debut films of all time in Killer of Sheep, as well as seminal work from Julie Dash, Larry Clark (not that one), Billy Woodberry, Zeinabu Irene Davis, and short films by many others. Everything here is worthwhile, but I cannot stress enough the work of Charles Burnett, and that most definitely includes the Woodberry film he wrote, Bless Their Little Hearts, which is about as good as '80s cinema gets.

Amici Chamber Ensemble: Silent Film & Music (Sunday, February 3 at 3PM; TIFF Bell Lightbox)
Can I just say how happy I am that TIFF is screening silent cinema again? A couple of years ago, their grand piano disappeared from its station in Cinema 3, and along with it any and all pre-1930s films from their programming. After a change of heart, perhaps motivated by one or two angry emails, the piano is back, and so, too, the Silent era.

The piano, though, is only one of the instruments to be employed this Sunday by the Amici Chamber Ensemble as they accompany over an hour's-worth of short films by Buster Keaton, Man Ray, and Guy Maddin. Comprised of clarinetist Joaquin Valdepeñas, cellist David Hetherington, and pianist and composer Serouj Kradjian, this Juno Award-winning chamber ensemble will be performing original compositions for all three films.

The Great Digital Film Festival (February 1-7; Scotiabank)
Last year, I had difficulty condoning a 'film' festival that presented a bunch of classics, which were all shot on celluloid, in Digital transfers. Calling it 'Great' seemed as oxymoronic as it would be to call a TV dinner 'Delectable.' And yet, here we are only a year later, and the prospect of projecting cinema classics from DCP hardly strikes a nerve; I'm alarmingly blasé about the whole thing, and might even check a few of them out myself.

After all, this week-long festival may have the most consistently solid film-by-film quality level among all of Toronto's festivals. You're practically guaranteed greatness no matter what you see. It's also dirt cheap to attend, with prices set at only $6 per film. If you don't want to wait for the Lightbox to screen some of these (hopefully) in 35mm, might as well check a few out - if only to get used to the idea.

Film still from West of Memphis