The World Before Her (Bloor Hot Docs Cinema)

Before it plays in Canada's Top Ten (see the Film Festivals section below for more on that event), Hot Docs '12 Best Canadian Feature prize winner The World Before Her gets a four-day run at the Bloor. Taking a look at 20 contestants for the Miss India pageant as they enter an intense month-long beauty boot camp in Bombay, this portrayal of Indian women's constraints and freedoms could not be screening at a more relevant and necessary time. Required viewing, whether you've already seen it or not.

Gus Van Sant is in a slump. It's happened before, it'll happen again, and we'll all just have to sit tight and wait it out with some degree of confidence that he's only doing this for the money (see also: Finding Forrester) and that his real passion projects are on the horizon. Which isn't to say Promised Land's intentions aren't in the right place. Its portrayal of fracking and the damages it's causing our environment are necessary points that everyone needs to be aware of. It's just too bad that the film is essentially 100 minutes of a "fracking is evil" Google search.

With each ill-advised and totally unnecessary sequel/remake, you can count on Kim Henkel and/or Tobe Hooper (the creators of the masterful 1974 original) to make some sort of official stamp of approval or appearance as characters. Nice of them to try to keep their single valuable contribution to cinema alive, but this doesn't make any of the rehashes good. In the 70s, it was revolutionary, stylistically unheard of, and structurally sui generis; it was a leader. Everything since, though, including this new 3D-ification, is a hack-job, made for and by followers; the celluloid and DCP cartridges ought to be chainsawed to pieces.

The first week of the year is always quiet in cinemas, and that applies to rep cinemas, too. The sole classic film screening this week is Labyrinth, which needs no introduction or defense from me. Tickets will be available through the box office starting 30 minutes prior to each screening and will be a measly $5.

"In the winter holidays, when chance permits, Scott Puccio and Ekrem Serdar regularly join their poet friends for a small holiday event in Buffalo, NY, in which they can share words and images with each other. Now with Ekrem living in Texas, they are taking this rare opportunity of seeing each other to share work new and old in a city that is dear to both their hearts." Scott Puccio & Ekrem Serdar will both be at the screening in person from Buffalo, New York and Austin, Texas! The 41-minute program will Include an expanded cinema performance with live music. 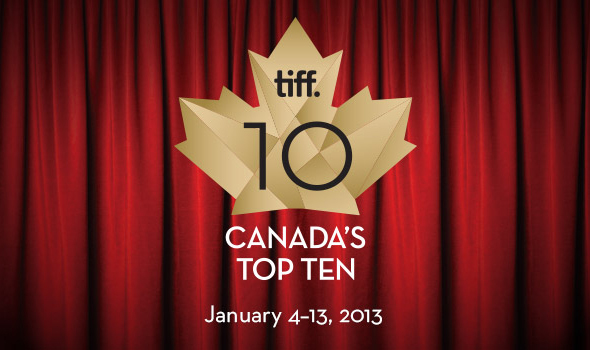 There are always going to be snubs in Canada's Top Ten (this year's are Tower and Bestiaire), but the jury more often than not gets it right when it comes to summarizing the past year's best Canadian Cinema (even if they do perennially ignore our quality avant-garde output when it comes to their short film acknowledgements). The year's two best Canadian features are there in the form of Cosmopolis and Laurence Anyways, the Sarah Polley film is better than the one from last year, and the closest analog to Starbuck (i.e. forgettable populist waste) is Goon, which is better than it had any right to be thanks to one of the year's best acting performances from Seann William Scott.

So all in all, one of the better years for the CTT. For a closer look at all of the films selected this year â short and feature-length â check out our complete run-down here.

Still from the World Before Her