Beginning Thursday night, Toronto audiences will be gifted with a complete retrospective of the work of Warren Sonbert at Jackman Hall in the AGO. The seven-programme series arrives thanks to a successful crowd-sourcing effort organized by Early Monthly Segments (Toronto's most consistent and reliable purveyors of avant-garde cinema), and represents their most ambitious undertaking yet.

The easy recommendation is this: just see the full septet and thank yourself later. After all, entry is cheap ($5 per programme, $30 all-access passes, or free for current Ryerson, University of Toronto and York University students), the films are stunning, and this may well be the only chance you'll ever get to see any of them in your lifetime. For those who might need a bit more convincing, read on.

Sonbert had a bit of a free-form style that evolved loosely over his three-decade filmmaking career. The first programme (Queer Identity, Thursday, November 15 at 6:30PM) makes for a perfect introduction, what with it including his first film, Amphetamine (1966), his final, posthumously finished film, Whiplash (1997), and his mid-career stunner, Noblesse Oblige (1981). As you might guess from the programme title, Sonbert didn't shy away from his sexuality in his films. 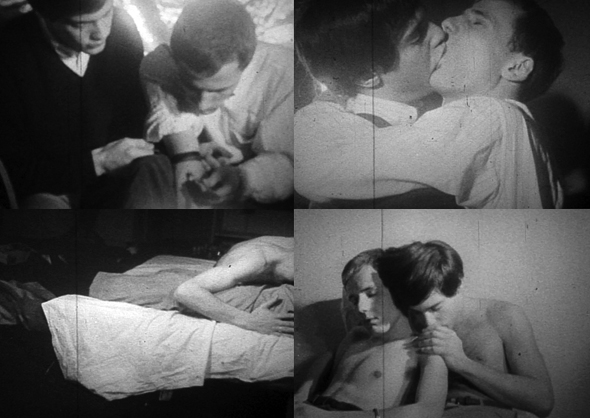 His ten-minute debut, Amphetamine, is noteworthy for the use of performers and a fixed location, and recalls some of Warhol's more sexed-up films. The soundtrack of successive tracks by The Supremes introduces his liberal application of pop and soul hits in his work. Sonbert's uniquely poetic fragmentation of space in time via montage is only hinted at here, though it's still present despite the relatively straightforward narrative.

Noblesse Oblige, made 15 years later, is likely one of Sonbert's defining films. While the subject is overtly political (much of the footage was shot at the protests in San Francisco after Harvey Milk and Mayor George Moscone were murdered), the silent work is a striking work of poetry that, much like the work of his close friend Nathaniel Dorsky, create intuitive associations of images, colours, and shapes that accumulate power over the entire running time. The camera whips along in staccato spurts, collecting moments of ascension, descension, pans, tracks, and movements in every which direction.

Sonbert's style of montage has an amazingly dynamic way of building meaning over a film's entire duration while still maintaining control of the moment-to-moment rhythms. Any two successive, fundamentally distinct shots have an impact, as if he'd studied and practiced the Kuleshov Effect his entire life. He experiments with his strategies in the programme From Mise-en-Scene To Montage (Thursday, November 15 at 8PM), which includes The Bad and the Beautiful (1967), a film he edited in-camera from over 100 rolls of film. 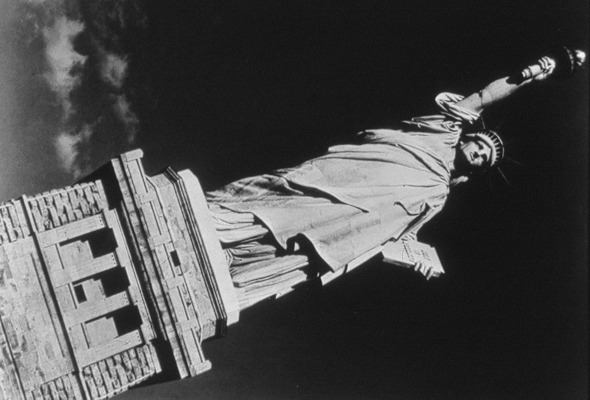 The Bad and the Beautiful was among several films Sonbert made in New York, at least until 1968 (he was a student at NYU's film school). However, as is demonstrated in '60s New York (Saturday, November 17 at 3PM), his NYC output should hardly be considered student films. Unsurprisingly, though, there is a strong Hollywood influence that can be felt here; references to Hitchcock and Sirk were worn on his sleeve, and would be laced into the fiber of his later films, too.

For instance, A Woman's Touch (1983) - in the programme Overarching Themes: Art & Industry, Militarism & Feminism (The Female Gaze) (Friday, November 16 at 6:30PM) - is a film modeled after Hitchcock's Marnie, "both in the stylistic interplay between 'images of [en]closure and escape, and in the thematic tension between male domination and female independence."

While most of Sonbert's films are about twenty minutes long, he did make one nearly feature-length behemoth, the silent, 61-minute Carriage Trade (1972), the only film screening in The Travel Diary (Friday, November 16 at 8PM). Now, Sonbert didn't much care to be called a diarist--it's more than a little reductive of what he was doing--but it's easy to see why the label stuck. As can be seen in Carriage Trade, which he described as "a jig-saw puzzle of postcards to produce varied displaced effects," his post-60s work has much in common with the Russian city symphonies of the '20s and '30s. 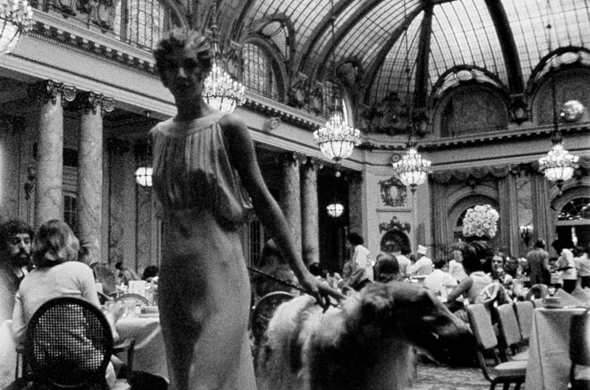 The final two programmes, Silent Rhythms/Sound Symphones I & II (Saturday, November 17 at 6:30PM and 8PM), form the perfect climax to the series, encompassing all of Sonbert's trademarks and housing some of his finest films. Friendly Witness (1989) in particular is one of the most euphoric celebrations of everyday life in all of the avant-garde.

Filmed in and around San Francisco and set to a soundtrack of classic rock and R&B songs, he "weaves together an extraordinary palette of synchronous activity worldwide, [placing] himself firmly in the pantheon of the great montage theorists in film history."

To repeat what seemingly every member of Toronto's experimental film community has advised me in the past month regarding Warren Sonbert, "You do not want to miss this."