What better way to celebrate the satisfying completion of the 2012 American election marathon than by watching a biopic about one of the best presidents in history? While Lincoln's release coincides nicely with the 150th anniversary of the Emancipation Proclamation (the film is also, perhaps not coincidentally, 150 minutes long), Steven Spielberg's ambitions for the project date back to well over a decade ago. With a dream cast headlined by Daniel Day Lewis - in his first role since 2007's There Will Be Blood (we can all just go ahead and ignore Nine) - this is pretty clearly one of the movies of 2012.

While pretty much all of the big-name directors who've recently turned to big-budget action franchises consequently made their career-worst films, Sam Mendes has made his best film with Skyfall, the 23rd James Bond picture. Early reports indicated a likeness to Christopher Nolan's Batman films (these were intended as compliments), yet Mendes demonstrates a control over spectacle, and an understanding of the idea of narrative rhythm beyond Nolan's capabilities. As many Torontonians will no doubt bear witness in the coming weeks, Bond fell out of favour in the '80s, '90s, and '00s because he became increasingly anachronistic as a hero in a way the films themselves didn't adequately address. Two films ago, Casino Royale hinted at an attempt to correct that trend; Skyfall fully succeeds at it. 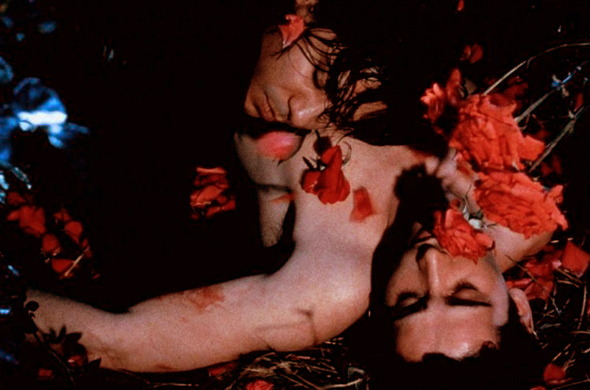 Presented in association with Goethe Institut Toronto, this Werner Schroeter retrospective can only be called a minor miracle given the current cinematic climate. There's no doubt that it's happening right now in memoriam, with the filmmaker's early death in 2010 (he was 65) crudely catching his niche following off guard. With his films having influenced such masters as Fassbinder, Herzog and Wenders, it's a body of work that should be considered essential to fully understanding the New German Cinema movement. An extremely stylized filmmaker, Schroeter's work is operatic, euphoric, and excessive to its very core; his penchant for the grotesque, and his often vague concern with plot have kept him from ever becoming a household name, even among the more seasoned cinephiles. 'Magnificent Obsession' is a perfect - and important - opportunity to change that. 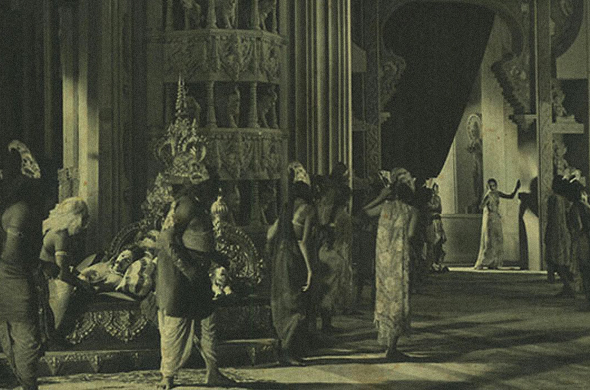 Probably one of the most fascinating cultural cross-stylings in all of classic cinema, the meeting of German Expressionism and the Cinema of India is like a 'perfect storm' of movie styles: the ostentation of one confronts the humanism of another, and vice versa. This amalgamation can also be incredibly helpful to grasping a wider narrative of cinema because each of these cinemas represent the jumping off points for so many other national movements and styles. This is true not least because the German/India dialogue continued over so many decades: "From the imaginary India of German silent fantasy films, to the pronounced German influence on the Indian film industry in the twenties and thirties to full-fledged Indo-German co-productions, 'Indian Expressionism' offers an intriguing look at this unique fusion of two great cinematic traditions."

This is the fifth event in a new film series for sports documentaries called All Balls Don't Bounce, which seems to have found a home in the Bloor Hot Docs Cinema. The Iran Job follows one year in the life of American pro basketball player Kevin Sheppard, who signed on to play for the upstart Iranian Super League team A.S. Shiraz. Director Till Schauder and producer Sara Nodjumi will be in attendance for a post-screen Q&A. Tickets are $13.00 and can be purchased at the box office the night of the screening, or they are now available here.

Rendezvous With Madness Film Festival (November 9-17)
Celebrating its twentieth year, Rendezvous With Madness is a festival dedicated to distance between audiences and the reality of mental illness and addiction. To see a mainstream film about these topics is to typically sit back and observe the illness as an 'other.' RWM attempts to destroy that remove from the depicted situations via panel discussions and by extending our encounters with these issues over nine days. "The films are the art, the discussion gives them perspective."

While all of the films and events are well worth everyone's time, the hands-down must in this year's edition is the Industry Symposium titled 'The Changing World of Documenting Madness' (Sunday, November 10 beginning at 10AM; $25), which includes a screening of one of the greatest documentaries ever made: Frederick Wiseman's Titicut Follies. To see the full program click here; regular film screenings are $10 and tickets can now be purchased here.

European Union Film Festival (November 14-27)
Easily one of the most anticipated film festivals in Toronto year after year (even if they no longer call themselves the Eh!U film festival), the European Union Film Festival collects one film from each country in the EU (or two if you're Denmark) to create a kind of Eurocup of Cinema. This year is as promising as ever, including Manoel de Oliveira's masterpiece The Strange Case of Angelica to represent Portugal (which he made back when he was only 101 years old) and a rep screening of Carl Theodor Dreyer's Danish silent horror classic Vampyr. All of these films will screen at The Royal and cost $0 CAD; for a complete schedule click here.