Robert Zemeckis made some of the most critically-acclaimed films of the '80s, '90s, and early 2000's (Back to the Future I, II, & III, Who Framed Roger Rabbit, Forrest Gump, Cast Away, and so on). For some reason, the last decade of his output has been consumed by ill-advised digital animation projects like The Polar Express, Beowulf, and A Christmas Carol. So it's an exciting event in itself to see that Zemeckis has returned to live action drama, picking up where he left off in 2000 with a film about the repercussions of a plane crash. But where Tom Hanks was stranded on an island with a volleyball for four years after his plane went down in Cast Away, Flight creates a different kind of island for Denzel Washington after his plane miraculously stays up - albeit one no less isolating and life-altering. A solid and compelling drama, this.

How to Survive a Plague (TIFF Bell Lightbox)

There have been plenty of AIDS docs that have come around since shit hit the fan in the '80s. Even last year we got what has been widely considered to be one of the best in We Were Here, a talking heads doc in which surviving Castro residents recounted the tragic rapture of their friends and loved ones that occurred three decades ago. How to Survive a Plague is a largely different style of documentary than that one, and might be the first one ever to detail, in hindsight, the ACT UP (AIDS Coalition to Unleash Power) movement. Using archival video tape and voiceover narration from the group's participants, first-time director David France creates a near-encyclopedic account of the strenuous political swing that pulled the LGBT community out of catastrophe and toward something resembling resolution. 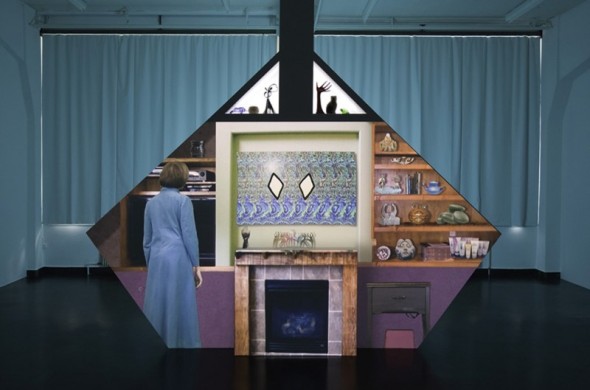 "Shana Moulton creates evocatively oblique narratives in her video and performance works. Combining an unsettling, wry humor with a low-tech, Pop sensibility, Moulton plays a character whose interactions with the everyday world are both mundane and surreal, in a domestic sphere just slightly askew. As her protagonist navigates the enigmatic and possibly magical properties of her home decor, Moulton initiates relationships with objects and consumer products that are at once banal and uncanny." If you like what you see, be sure to come back the next day, Saturday at 2PM, for Moulton's artist talk at CineCycle.

The Free Screen - It May Be That Beauty Has Strengthened Our Resolve: Masao Adachi (Wednesday, November 7 at 7PM; TIFF Bell Lightbox) 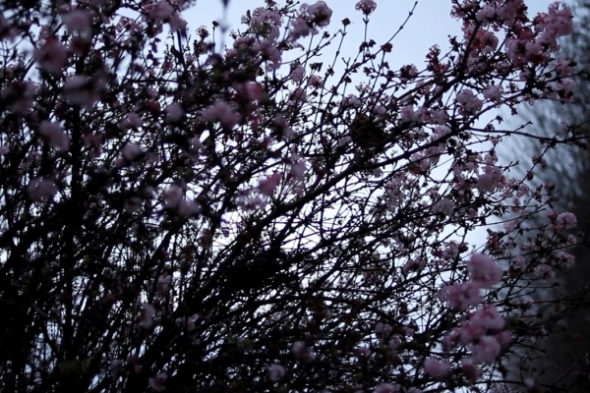 Philippe Grandrieux (La vie nouvelle, Un lac) made a name for himself with his first three films - all fiction - as someone who could translate cinema into a series of pure - usually terrifying - sensations. The subject of this, his first feature-length documentary intended for a theatrical environment, is Masao Adachi, who, like Grandrieux, is a radical filmmaker with avant-garde tendencies (albeit very different ones than Grandrieux). "Grandrieux's portrait follows Adachi through a twilit Tokyo, with gorgeously underlit, nearly narcotic images reinforcing the mystery of Adachi's steely inner resolve. Adachi's whispered words serve as a dialogue on the notion of art and revolution -- for him never a contradiction -- and a reflection on the possibilities of film to create both beauty and change." This screening is free for all.

International Diaspora Film Festival (November 1-6 at Innis Town Hall and The Carlton)
Founded eleven years ago in 2001, the International Diaspora Film Festival (IDFF) aims to provide Toronto audiences an experience of the present world through cinema. "Diaspora" refers to the dispersion and migration of a people from their homeland and the communities they form in new lands. The IDFF pays special attention to independent Canadian filmmakers from ethnic minorities. One of the highlights of this year's festival is Aliyah (Sunday, 4 November 2012 at 6PM), a prize-winner from this year's Director's Fortnight in Cannes. Tickets to all screenings are $10 and can be purchased online here.

Breast Fest (November 2-4 at Bloor Hot Docs Cinema)
Breast Fest is not only the world's first film & arts festival dedicated to breast cancer awareness--it's also, still, the only one. Using film and art to inspire dialogue and foster a community surrounding issues related to breast cancer, Breast Fest presents Toronto with three full days of films, comedy, and a speaker series. The film programme is comprised of seven titles, from docs (Pink Ribbons Inc.) to repertory classics (ClĂŠo from 5 to 7). Tickets to the films are $10 each and can be purchased online here.

Toronto Reel Asian International Film Festival (November 6-11 in Toronto, November 16-17 in Richmond Hill)
One of Toronto's largest and most exciting festivals, Reel Asian kicks off early next week for six days of high quality cinema from all over Asia, before taking a short break and then heading over to Richmond Hill for four more films. This year's line-up is just as promising as usual, including the feature-film debut by groundbreaking relational aesthetics artist Rirkrit Tiravanija (Lung Neaw Visits His Neighbours), Eric Khoo's animated documentary on gekiga pioneer Yoshihiro Tatsumi (Tatsumi), and a massive omnibus project with a new short by Hou Hsiao-hsien (10+10). Ticket prices range from $12-20 ($10-15 for students and seniors) and can be purchased online here.