This Week in Film: The Imposter, Antiviral, Nobody Walks, Helga Fanderl, imagineNATIVE, and what's new in DVD & BluRay

Bart Layton's true story doc concerns the 1994 disappearance of a San Antonio boy named Nicholas Barclay. Three years later, he was found in Spain of all places, where he was recovered by his sister, who verified his identity and brought him back to his family in Texas. Not much more should be known going in, but things get hairy when someone gets suspicious of whether or not this is actually the same boy. The Imposter, employing Errol Morris-esque dramatic reenactments to brilliant and maddening effect, tackles the theme of 'deception' from every way you possibly can in 95 minutes, and is just about the most terrifying documentary of the last decade that isn't about climate change.

Celebrity obsession is an interesting topic, per se. David Cronenberg's son making a film about it is, too, even if most of us didn't know he existed until this film was announced to appear at Cannes six months ago. But things have a way of working better on paper, and such is the case for this straight-to-video horror film, a genre that can often work when it isn't devoid of any fun whatsoever. First film problems and whatnot aside, I also do not get why a director would ever want to do the exact same thing his/her parent does. Brandon Cronenberg's contribution to the apparently hereditary brand of body horror is a stilted clinicality, and his film goes to great lengths to prove that that doesn't work.

First the good news: Nobody Walks was co-written by Girls writer/director/star Lena Dunham (Here ends the good news). Ry Russo-Young's new film is every bit the American indie film that the Sundance Film Festival churns out year after year, thereby giving American indie films their shaky reputation. At its heart a very commercial film, Nobody Walks pretends to be as precocious yet naive as its central character Martine does. The 23 year-old 'arty' filmmaker needs a sound component for her awful black and white video about insects, and she's going to inadvertently screw up every person's life that she comes into contact with until she gets it. There's also something about learning Italian that somehow almost leads to rape, and I still don't know how or why that happened. Anyone know when the new Antonio Campos, Alex Ross Perry, or Joe Swanberg films are opening in Toronto? 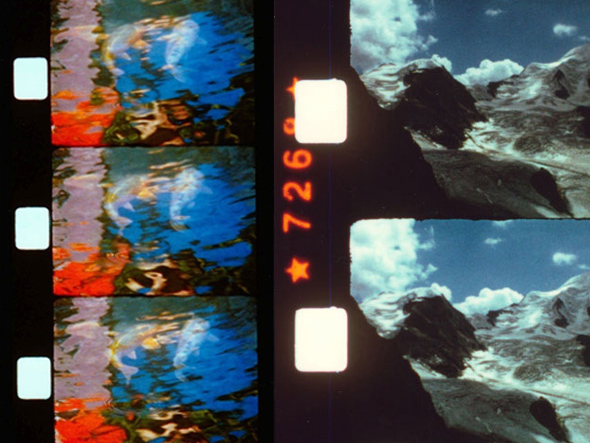 "German-born filmmaker Helga Fanderl has been making Super-8 films since the mid 1980s. Silent, short, and edited in-camera, her films reflect the lightness and spontaneity of the small-gauge medium and camera. 'With the Super-8 camera I can react very quickly: the eye against the viewfinder, the camera close to the body, perceiving and filming simultaneously.' Working in both black-and-white and color, the intensive poetic works (none is over three minutes) reveal a surprising and sensitive view of the environment: patterns of light above tall trees or gray skyscrapers, shimmying leaves and falling green apples, flying baskets full of silver sardines shown in rapid succession." $5 at the door.

imagineNATIVE (October 17-21)
The imagineNATIVE Film and Media Festival has evolved into one of Toronto's premiere art events and is an important platform for both emerging and established Indigenous filmmakers, media artists and curators. Each year, their film programming brings dozens of short and feature-length to Toronto screens for the first and often (unfortunately) last time. Two highlights from this year are Toomelah, which premiered at Cannes in 2011, and The Lesser Blessed, the very well-reviewed Anita Doron film that premiered at TIFF last September. All regular screenings are $7 and free for students and seniors if the screening is before 6pm. Go here to purchase your tickets in advance.