This Week in Film: Looper, The Perks of Being a Wallflower, Strange Love/Strange Lives, Toronto Palestine Film Festival, DVD & BluRay

Whether or not you're a fan of Rian Johnson's divisive previous films, it cannot be understated that that will have no bearing on your ability to warm to Looper, easily the best time travel film since, oh let's say, Primer? Part of this is because this film actively rejects the rules of genre filmmaking (one character even explicitly tells another to stop talking about the rules of time travel else they waste an entire afternoon getting nowhere), defying the history of the subject just as often as it pays homage to it (see how many sly references to other films you can find buried in here; I lost count at around fifteen). Joseph Gordon-Levitt's performance as co-star Bruce Willis should also win some kind of award for being one of the most inspired intra/inter-film jokes of all time.

The Perks of Being a Wallflower (Cineplex Odeon Yonge & Dundas)

In which author Stephen Chbosky once again felt too protective of his book's universe (see also: The Four Corners of Nowhere) to let the film adaptation fall into the hands of some Hollywood hack looking for a paycheck. The novel is now a baker's dozen years old, having built up a dutiful legion of followers and devotees for this now-glaringly pre-cellular, pre-online story of adolescent angst. In many ways, this plays out like a variation on Garden State as aimed at an even younger crowd (Hip kids soundtrack: check! Manic Pixie Dream Girl: check! Sedated sensitive boy: check!). The results are just as cloying and noxious as that description would indicate, though there is an impact that sneaks up on you, even if you're as resistant to is as I was. 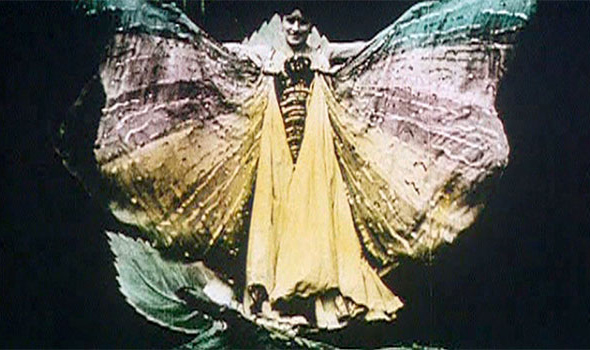 Many folks do Nuit Blanche each year for the art, and many others do it for the partying; a devoted few, though, trek out solely to experience the all-nighter Cinematheque offerings that have become a tradition and a highlight for the annual art bonanza. With offerings like the entire Les vampires serial and a live-scored showing of The Man with a Movie Camera on its résumé, the TIFF Cinematheque had a lot to live up to coming into this year's edition. In serving up a selection of over three dozen classic silent shorts, they've done just that.

Featuring work from the likes of George Méliès, Tod Browning, Leo McCarey, and Segundo de Chomón (among others), it's hard to think of a better way to spend your Nuit Blanche. Not only will these rare classics be showing on the big screen (some even in 35mm prints!), but they'll also be accompanied by live piano scores performed by Laura Silberberg, William O'Meara, Fern Lindzon (also on the harmonium), and a live mixed soundtrack by Mitch Akiyama. As if that weren't enough, there's even a three hour break from 10PM to 1AM during which you can make your way over to The Power Plant to put a dent in Christian Marclay's 24-hour video installation masterpiece, The Clock - if you can get in, that is.

Toronto Palestine Film Festival (September 29 - October 7; various venues, primarily AGO Jackman Hall)
Founded in 2008 to commemorate al-Nakba, the Toronto Palestine Film Festival ushers in each autumn with the best cinema, music, and culture that the Palestinian and Arab worlds have to offer. With nearly every screening being a co-presentation with another local film festival (Images, Cinéfranco, Reel Asian, Planet in Focus, plus many more), the festival has become very much a community-based celebration of cinema. Unmissable for sure is Nadim Mishlawi's feature-length experimental documentary Sector Zero (Monday, October 1 at 7PM; AGO), a beautifully shot film that examines Karantina's tumultuous history. Tickets are regular $10, $7 for seniors and students, on sale now on the festival's website.