This Week in Film: Marina Abramovic (The Artist is Present), Safety Not Guaranteed, The Free Screen, Nanook of the North, Female Eye, DVD & BluRay

Part biography, part career overview, and part virtual substitute for one of the most monumental performance art acts of the 21st century so far, The Artist is Present is merely adequate on all three counts. Much like Ai Weiwei - Never Sorry (the other big artist documentary to premiere at Sundance this year), the film suffers because of the director's gentrification of the subject. In accordance with the laws of the 'Film Festival Audience Award,' the film strictly aims to please, and never offend (ironic, given the nature of the work).

Eliding the necessary depth and complexity that would truly address this work's importance for our impersonal, technologized zeitgeist, Matthew Akers opts for a more sentimental, tear-jerker route that talks down to anyone already familiar with how the art world works. Fortunately, Abramovic and her performance in the MoMA are brilliant enough to make the film satisfy regardless.

Sometimes Sundance indie quirks can be downright noxious (okay, most of the time), but then sometimes it wins you over a little. Actors Aubrey Plaza and Mark Duplass - 'it' kids to the extent that there can be 'it' kids of American independent cinema - play an adorable time-traveling couple in a modest metaphor for romantic risks. It's slight, flawed, and has its share of eyerolls, but I feel weirdly inclined to defend it, if only because, on its own standards, it really shouldn't have worked as well as it does. 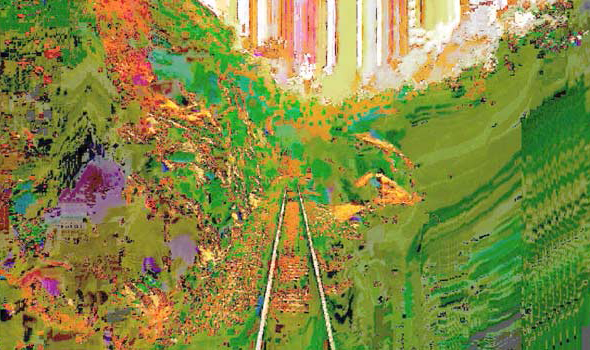 The avant-garde and 'beefcake' cinema meet at last! Okay, not really. Named after the T-1000 model villain from Terminator 2: Judgement Day as a clever tie-in with TIFF's concurrent Schwarzenegger & Stallone spotlight, this month's The Free Screen centers around works that have a liquidy, metallic-looking aesthetic. Which is to say, you should expect digital pixelation, some strobe (not Straub), and, of course, plenty of datamoshing. It's worth attending if for no other reason than to see what multi-projection queen Jennifer Reeves can do when you take celluloid out of her hands - not to mention a live performance by Tasman Richardson. The Free Screen is free, as always, with tickets available the day-of.

Tanya Tagaq in concert with Nanook of the North (Thursday, June 21 at 7PM; TIFF Bell Lightbox)

If you've ever listened to Björk's 2004 album Medúlla, and, when its eleventh track "Ancestors" came on, thought to yourself, "I wonder what Robert J. Flaherty's iconic 1922 silent film Nanook of the North would be like if it were set to this music," now is your chance to find out. Tanya Tagaq provided the throat-sung vocals on the aforementioned track, and will likewise be lending her talents to this kick-off event for TIFF's monumental First Peoples Cinema series, which will run all summer long. Nanook is largely regarded as one of the first masterpieces of the silent era, and has been revered and analyzed by critics of a stature as high as André Bazin. This concert should be an interesting juxtaposition in line with Fucked Up's accompaniment for West of Zanzibar at last year's Images Festival, and it's almost certain that you'll never have a chance to see this pairing again.

The Female Eye Film Festival (June 20-24, Carlton)
Female Eye is celebrating its 10th anniversary this year, once again bringing Torontonians a hearty selection of shorts and features directed exclusively by women. Recent developments in the international festival sphere - namely, this year's Cannes Film Festival's all-male Competition slate - suggest that this edition may be more essential than ever. After kicking things off with their customary High Tea event, their film slate will include highlights such as TIFF '11 alumni Billy Bishop Goes to War , Union Square, and The Good Son, and the Canadian feature Beat Down. Female Eye also organizes an eclectic mix of extracurricular activities scattered around the schedule, such as script readings, industry panels, and round table discussions - not to mention the occasional party. Tickets can be bought on their website or at the Carlton before the screening.

Film still from Marina Abramovic: The Artist is Present