A huge buzz title from TIFF last September, the new film from Alexander Payne (About Schmidt, Sideways) is a fusion of his later cathartic films about men who are in, or entering, the latter half of their lives, and his earlier black comedies like Citizen Ruth and Election. George Clooney stars as a man who embarks on a trip with his two daughters so that he can meet the person his wife was allegedly 'with' before she had a severe boating accident. Clooney is already getting Oscar talk for his performance, and I'm sure we can all expect the movie to have a significant presence on the red carpet in February if Payne's last two films are any indication.

I'm sure not much really has to be said about this one; everyone who is going to see it already made that decision about three and a half years ago, so it was only a matter of getting to the release date with eyes and ears intact. For those who made it, the wait is over. And to get it out of the way (I sincerely hope this doesn't count for 'spoilers' these days), I'm informed that Taylor Lautner removes his shirt as soon as possible in the first few minutes, lest anyone lose hold on the plot while anticipating the money shot. Show up late at your own risk.

The new film by Jean-Marc VallÃ©e (C.R.A.Z.Y.) is by turns suave and sexy, and disturbing and devastating. VallÃ©e cuts back and forth between two seemingly disparate narratives, one following a DJ who's left his wife for a younger woman, and the other showing a mother who attempts to care for her Down syndrome son. This only makes any sort of sense at the end, but is also where the film's motives become more than a bit questionable. The drama of the scenario is well-tread ground, hence the strained attempts at abstracting it, but the pacing and performances in the film are enough to give it a healthy heart — one that is built up just for the sake of, effectively, breaking it.

Also in Opening This Week

For those who may have missed the Jean-Pierre Melville retrospective at the Cinematheque Ontario in Summer 2009 — or if you just really enjoy the films and want to see them again on 35mm for free — the Cinema Studies Student Union is playing a double feature of two of his greatest crime thrillers for this week's edition of Free Fridays. Both are riddled with gorgeously sterile cinematography and electric set pieces, and represent some of the best of 60's and early 70's French filmmaking. 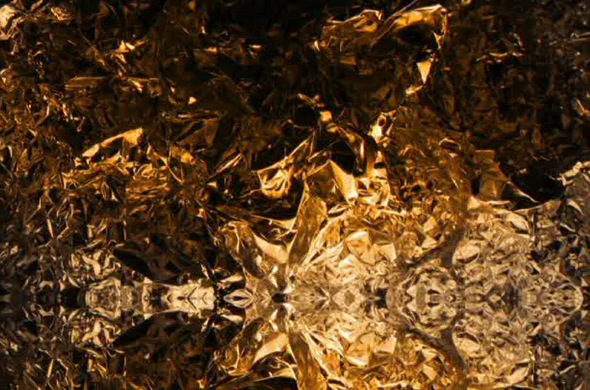 (Saturday, November 19 at 7PM, University College, Room 140, St. George Campus)
One of the highlights from what I caught at the New York Film Festival's Views From the Avant-garde sidebar. The above image is the primary aesthetic of the entire 40-minute work, as the image pulses and strobes to the sound of a mountainous J. G. Thirlwell score. Occasionally, text interjects to spell out the ideas circulating in avant-garde veteran Ken Jacobs' head. Mostly, it's very topical liberal literature that one will wonder if an Occupy Wall Street spokesman had written it, but then names and phrases will pop in that steer the film away from the strictly didactic and political, toward a pure vision of an artist's subconsciousness. For a prelude, head out Friday night (Nov. 18) at 8PM to U of T Mississauga for Jacobs' performance called Nervous Magic Lantern. 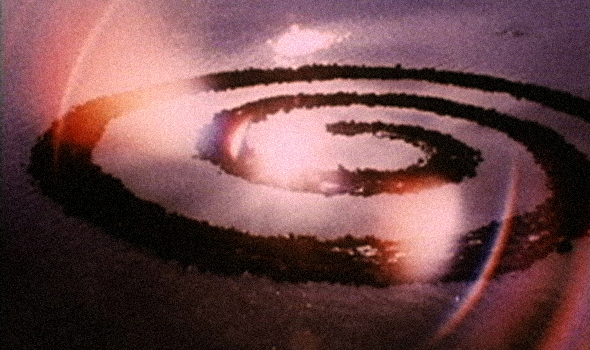 (Monday, November 21 at 7:30PM, Gladstone Art Bar)
On Monday, November 21, this monthly avant-garde programme at the Gladstone Art Bar will screen three films by three filmmakers who were also fine artists. Robert Smithson documents his notorious land art work in Spiral Jetty, a film shoot that took his life when his helicopter crashed during a flyover; Nancy Holt's Swamp has the filmmaker searching for the disembodied voice of Smithson, battling the marshes as she deciphers the directional acoustics; and London, Ontario native Jack Chambers — whose retrospective at the AGO is just around the corner — films the same patch of his backyard every day for a year in his film Circle. The screening starts at 7:30PM and costs $5, but bring some extra cash and get there early so you can grab a pint to snuggle up with.

European Union Film Festival
The European Union Film Festival — formally known as the Eh!U film fest before they realized that calling it essentially AU! was not properly communicating that it's a festival of films from the EU — is one of Toronto's most exciting and anticipated 'small' film festivals of the year. Showcasing one film each from almost every EU nation, it's the only venue I know of that can fill a large theatre (they're all at the Royal) to full capacity for a two year-old Latvian film that nobody has ever heard of. For some picks from the festival, check out our recent post.

Canadian Labour International Film Festival
The first ever film festival dedicated to labour in Canada, CLiFF celebrates its third year of existence with a healthy slate of medium-length and short films. Their novel approach to their mission, which is to bring films that are "made about workers and the conditions under which they live, work, fight, and succeed in their daily lives," can be called the 'festival-in-a-box' method. In literally dozens of cities across the country, makeshift venues and organizing committees have readied themselves for a weekend of spectating and educating via the motion picture, and each city has its own unique programme of films (with some overlap, of course). Toronto's version of CLiFF will be at Innis Town Hall and is bifurcated across two weekends (Satursday and Sunday, November 19 & 20, and then 26 & 27). Check the website for full lineups.

There are two new blu-rays from Kino, who are miraculously still releasing classic silent cinema on spectacular editions despite the ultra-niche market for them. These two titles from D.W. Griffith, The Birth of a Nation and Way Down East, are from the medium's very first decade of feature-length production, and they're as close as silent cinema ever got to blockbuster epics like Ben-Hur.

Also out this week are two new blu-ray options from Criterion: one of cinema's greatest films, 12 Angry Men, which is almost certainly the best courtroom drama ever made, despite not really taking place in the actual courtroom. Also, Rushmore: the film that put Wes Anderson's name on the map.