This Week in Film: The Women On The 6th Floor, Dirty Girl, The Cat and the Canary, Halloween events, Free screenings, Brazil & Macedonia Film Festivals, and what's new on DVD and Blu Ray

This Week in Film rounds up the most noteworthy new releases in theatres, as well as key DVD releases, festivals, and other cinema-related events happening in Toronto.

The Women On The 6th Floor (Cumberland)

It's a light week in the first-run cinemas, as this French trifle, which has witnessed mixed reception from critics, is one of our better-looking choices at the multiplexes over the next few days. Set in Paris in the 60's, Philippe Le Guay's comedy has been called a European variation on The Help. The film follows an snobby, unhappily married Parisian stockbroker, whose spark for life is reignited when he 'gets to know' the rambunctious Spanish maids living above him. Humanism no doubt ensues.

Not to be down on the other 'major' release for this week, but Abe Sylvia's gay (yet somehow still offensively homophobic) road trip comedy dips its toes in all the wrong places. Juno Temple was refreshing in her breakout role for Gregg Araki's Kaboom, but she's only given spiritless one-liners, disingenuous spunk, and a phony Southern drawl to work with here. Watching it kind of feels like hanging out with a group of young and obnoxious musical theatre fanatics for 90 minutes; since Sylvia's background is in that field, it makes the strained and flagrant tone all the more unforgivable. 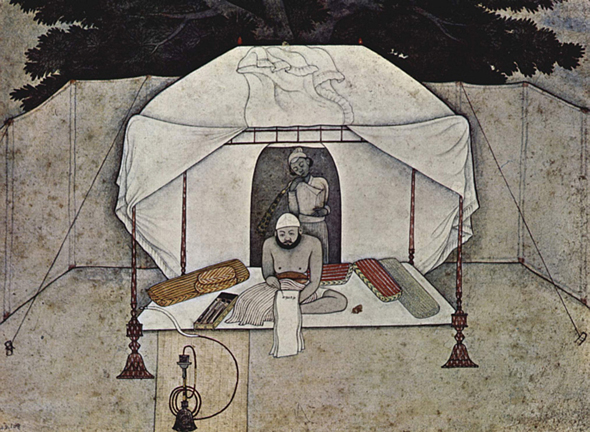 (TIFF Bell Lightbox)
Screening in AndrÃ©a Picard's invaluable, ongoing avant-garde programme The Free Screen at the Lightbox, this new film comes from the exciting and emerging young Indian filmmaker, Amit Dutta. Nainsukh is Dutta's painstakingly animated about famed Northern Indian miniature painter, which premiered last year at the Venice film festival. The screening will be introduced by Toronto-based filmmaker and curator Oliver Husain, and in case the programme's title didn't give it away, attending will cost you zero dollars. Wednesday, October 26 at 6PM.

Another free event is brought to us by U of T's Cinema Studies Student Union as part of their alliterative weekly series, Free Friday Films. This week is no doubt inspired by the holiday season, as they unleash one of the 80s' most unhinged creations. In the film, directed by Frank Henenlotter, a disembodied brain meets a guy named Brian (see what he did there?), and promises him psychedelic injections as long as he returns the favour by feeding the brain his favourite snack, which is (of course) brains. Friday, October 28 at 7PM.

The Cat and the Canary (Revue)

On hiatus for several months, Revue Cinema's Silent Sundays programme returns in time to deliver a creepy and moody treat for nostalgic cinephiles on the eve of All Hallow's Eve. Directed by Paul Leni — whose The Man Who Laughs screened at the TIFF Bell Lightbox last December in one of their Tim Burton double bills — the film sets Annabelle West in the fortunate position to inherent her entire family's will, and all she has to do is prove that she isn't insane! Unlucky for her, a haunted estate threatens to scare the sanity right out of her at the most inopportune time. Screens Sunday, October 30 at 4PM.

Brazil Film Fest
The official theme for this, the fifth edition of the festival, is "Bahia, a place for everybody." Currently a hot tourist spot, Bahia has been a strong source for Brazil's sugar, rubber, and petrochemical supplies over the last few centuries. The film festival, which runs Oct 27 - 30, 2011 at The Royal, will introduce Canada to more about the state than probably ever has been to the general public. 'Can't-miss' films include Beyond the Road, a breezy road (and boat) movie; 5x Favela, Now By Ourselves, an omnibus project tackles the favelas - or 'poor towns' - of Brazil; and Rio Sonata: Nana Caymmi, a much-traveled and -lauded documentary about one of the country's most famous singers.

Macedonian Film Festival
A cute little two-day festival that is now in its sixth year. Back in 2006, it was the first of its kind, and has since inspired like events in London (England) and New York City. Taking place this weekend (Oct 29 & 30) at Innis Town Hall, attendees will be have their pick of over a dozen short-to-medium-length films, as well as two feature-lengths (Macedonian Bloody Wedding and Some Other Stories). Check out their website for details.