TIFF tends to mark the end of the city's summer social scene. In contrast to our long, dark and dreary winters, summertime sees the city become a far warmer place, literally, obviously, but also socially. Torontonians begin to flock to patios and parties in droves, and, the heat seems to put many in the mood for love — or lust, at the very least.

When it came time to pen her first original screenplay — the florid, slow-burn infidelity drama Take This Waltz, starring Seth Rogen and Michelle Williams — Toronto native Sarah Polley only had one location and time of year in mind. Ahead of the film's Saturday premiere, I sat down with Polley, as well as Waltz Sarah Silverman and Luke Kirby, to talk about the film, TIFF, and Toronto.

Take this Waltz is the story of Margot (Williams), a 28-year-old writer, who shares a home, just west of Dundas and Ossington, with her husband, Lou (Rogen). Despite Lou's tender and affectionate attentions, Margot finds herself increasingly drawn to the handsome rickshaw driver next door, played by Ontarian actor Luke Kirby.

Polley, who recently confirmed she's expecting her first child, has long been interested in the fluctuating dynamics of long-term relationships, and has explored the topic in her short films, as well as in her feature debut, the Alice Munro adaptation Away From Her. Crafted from her own original script, Waltz is also very much Polley's baby, and delves further into the themes of romance and restlessness. 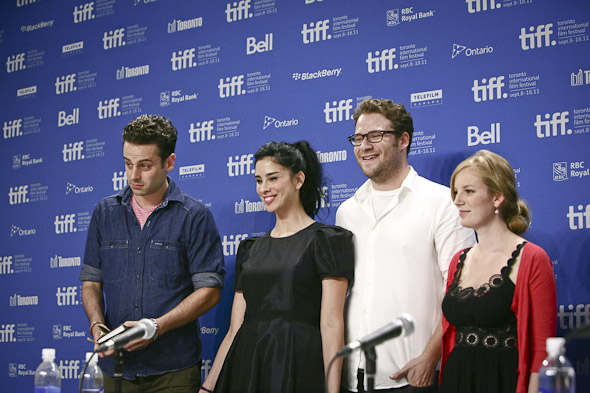 On the film's rich, saturated palette, Polley explained, "I just wanted it to feel as vibrant and delicious and technicolor as it does when you first fall in love - to capture that initial thrill and excitement." Working with cinematographer Luc Montpellier, she certainly succeeds. In fact, I can't recall Toronto's west end looking more alluring on film.

"I've always wanted to see Toronto in a movie the way I experience Toronto," said Polley. "Usually it's either playing New York or it's just really boring looking, so I sort of feel like, in the summer, in those amazing vibrant downtown neighbourhoods and communities, Toronto really comes alive. It's colourful, it's sweltering, and humid and sexy, and all of these things that we don't necessarily think of when we think of Toronto when we look at it on film. I really wanted to give it a strong sense of place." 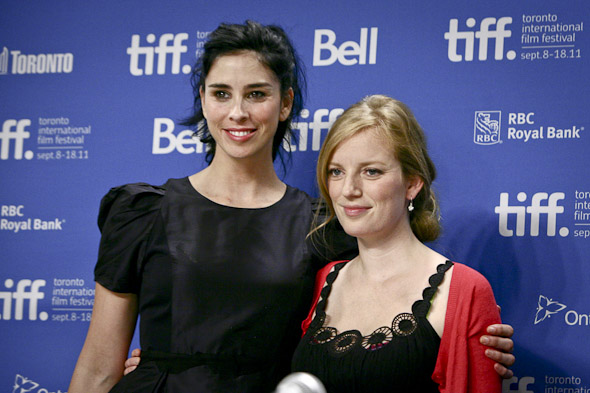 I suggested the summertime setting was a crucial component, citing our frigid, unfriendly winters. Polley agreed. "I think it's part of what makes Toronto so alive and vibrant and beautiful in the summer — because people are finally outside and there's a celebration in that." Silverman cut in, recalling the Portuguese village on-lookers on set, "Even shooting people on their porches, just, like, hangin' out — remember that one really old guy next door, who was just like..." she trails off, miming a catatonic, geriatric gawker. Polley added, "He ended up being in a lot of scenes, in the background of your close-ups."

I spoke with Kirby separately, but he was also quick to praise the Polley's romantic rendering of Toronto, having lived in the city for three years before moving to New York. "Doesn't Toronto look fucking amazing in the movie?", he enthused. "It's like the camera took mushrooms — good ones." During the shoot, Kirby lived in Kensington Market, and explained that being in Toronto was like a homecoming. "I love being here. It's so chill for me."

On set, though, Kirby explained that working opposite Michelle Williams had been slightly intimidating, despite the fact that it's his character that transfixes hers, with an easygoing, assured air. Specifically, he described it as, "intimidating in the best way possible. It called upon something in me that demanded that I be very present and meet her head on."

Polley explained that Kirby and Williams were actually the last to come on board. Asked about her own experiences with Williams, Silverman replied "She's great... Michelle had a good grasp of who Margot is, which is someone who does not have a grasp of who she is." About her fondness for Rogen, she added "He's so special, he's so... easy. He's not a neurotic Jew. I don't know if that's a Canadian thing, or the fact that he's well adjusted and his parents are still together, but to me it feels like he just goes 'OK, these are the lines and I'm going to say them like they're real.' It feels like a very seamless move for him from comedy to drama. There really isn't a change in his process; it's still honest."

"He's, like, a frighteningly well-adjusted person," Polley concurred. "It makes you feel unsettled in the middle of the night when you think about how easygoing he is, and how little of a problem everything is for him. It makes you feel really messed up." According to Polley, she offered Rogen the role because she was an admirer of his work. "As a fan of his, I really just wanted to see him do something dramatic." 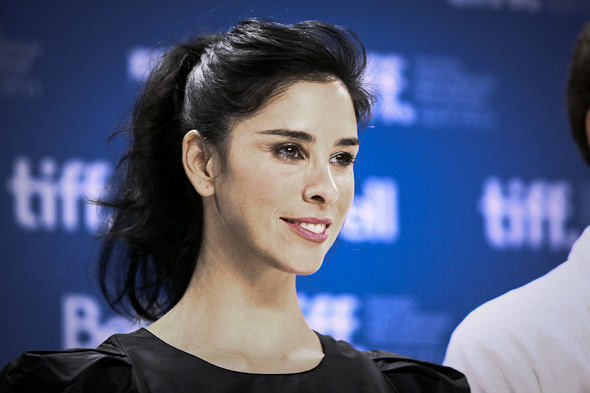 Rogen's character isn't one audiences are accustomed to seeing from the Vancouver comedian. While he clearly retains his sense of humor, it's a more mature and more sympathetic character than the foul-mouthed arrested adolescents he's used to playing. For Polley, this was key. "I wanted people to feel very devided as to whether [Margot] should leave or whether she should stay... that's what I feel like Seth did for the film. He made that character someone who a lot of people want her to stay with. And yet you get as sucked into the chemistry of Margot and Luke's character as she does," Silverman replied.

Certainly, credit for that chemistry is due to Williams and Kirby, but also to the sensual fashion in which Polley frames her home town. Toronto's summer sights are, collectively, virtually a character unto themselves, and make for a very compelling matchmaker indeed.

Post-TIFF, ake This Waltz is slated for a release through Mongrel Media in Spring 2012.