Toronto's own Norman Jewison is arguably the country's most accomplished cinematic son, with a career that spans 50 years, 24 features, and countless accolades, including an Academy Award for lifetime achievement. The director is also a Companion of the Order of Canada, and co-founded the Canadian Film Centre in 1988. TIFF honours his sustained excellence with its latest Lightbox program, And Justice for All, a 14 film retrospective that runs through August 31st. The series takes its name not only from one of Jewison's most iconic films, but also from his outspoken commitment to the advancement of social justice through cinema.

As it happens, Jewison could also direct a mean romantic comedy, and appeared at last night's opening screening alongside his Oscar-winning collaborators from 1987's Moonstruck. A surprising box office and critical success, Moonstruck was nominated for six Oscars in total, and would win three: Best Actress (Cher), Best Supporting Actress (Olympia Dukakis), and Best Original Screenplay (John Patrick Shanley). Though the mononymous croonstress wasn't in attendance, both Dukakis and Shanley were on hand to introduce the Italian American antecedent to My Big Fat Greek Wedding, which also features a youthful, love-crazed Nic Cage. 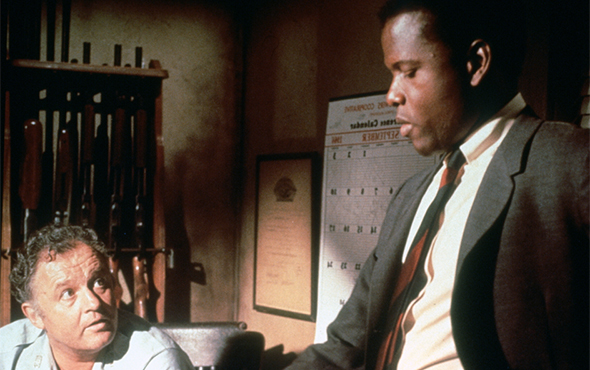 On August 14, Jewison will return to introduce the feature that made his name, 1967's In the Heat of the Night (3:45pm), and will be joined by his Jamaican-Canadian protégé, filmmaker Clement Virgo. Winning five Academy Awards, including Best Actor (Rod Steiger) and Best Picture, the film is a New Hollywood landmark, both a gripping police procedural and a daring indictment of the prejudices of the mid-century American South. Sidney Poitier plays Philadelphia detective Virgil Tibbs, falsely accused of murder by a frothingly racist Mississippi sheriff (Steiger). Tibbs grudgingly agrees to help collar the true killer, and the result is a pioneeringly egalitarian, anti-buddy cop classic.

Perennial TIFF favourite Bruce McDonald, also among Jewison's protégés, will appear with his mentor on August 19 to discuss the 1975 dystopian sports parable Rollberball (9pm). Set in the hyper-corporate world of far-flung 2018, global conflict has been replaced by a version of roller derby re-imagined as a gladiatorial deathsport. James Caan is Johnathan E, a Beckham-stature 'baller, idolized from Texas to Tokyo. When his individual brilliance threatens to undermine the sport's carefully maintained no-I-in-team mantra, despotic global "executives" plot his enforced retirement. Melding spectacular action with arthouse existentialism, the film marks Jewison's singularly memorable foray into sci-fi. 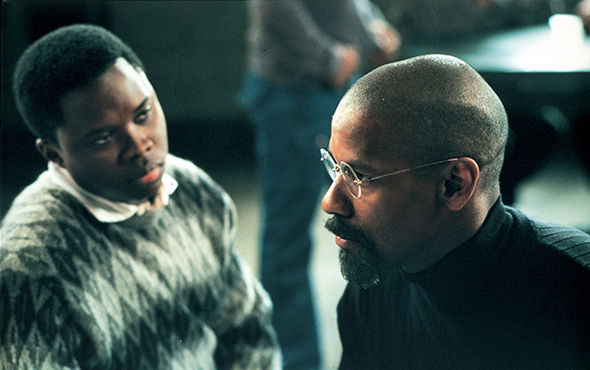 Jewison is more closely associated with the courtroom, thanks to 1975's scathingly satirical ...And Justice for All (August 15, 8pm) and his late career legal epic The Hurricane (August 20, 4:30pm), released in 1999. Featuring superb turns from Al Pacino and Denzel Washington respectively, both films are blistering attacks on the U.S. legal system, albeit with vastly differing tones. ...And Justice for All approaches Sidney Lumet's Network as a caustic lampoon of 70s societal ills, while The Hurricane is a stirring biopic of Rubin 'Hurricane' Carter, who served 22 years in a New Jersey prison for a triple homicide he didn't commit. Jewison will attend to discuss the film, as well as the role of the Toronto advocates who helped secure Carter's eventual exoneration.

For a complete list of films and show times, visit Tiff.net. All screenings at the TIFF Bell Lightbox. Tickets are available online, by phone: 416-599-TIFF, or in person: TIFF Bell Lightbox, Reitman Square, 350 King Street West.