Speaking recently from his summer home in Tuscany, Burke offered an encyclopedic account of neorealism's origins, scope, and legacy, and his appearance, prior to a screening of Ermanno Olmi's Il Posto (August 5, 6:30pm), is not to be missed. It doesn't hurt, of course, that Il Posto itself is a time-honoured triumph. Though it arrived more than a decade after neorealism's late 40s heyday, Olmi's bittersweet coming-of-age tale still rings charmingly, awkwardly, and masterfully true. 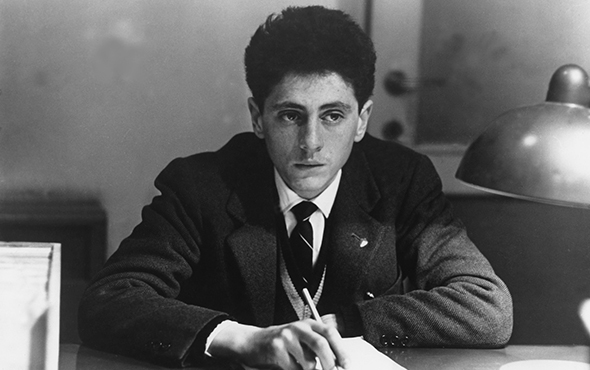 That authenticity, along with the film's concern with an ordinary young office worker, is emblematic of what Burke cited as neorealism's radical attempt to "minimize the manipulation of cinema." Employing real locations, non-professional actors, and confronting harsh postwar economic realities, the movement represented a clear-eyed rejection of the fascist fantasies of the Mussolini era.

Among Burke's picks for those looking to the Lightbox for a neorealism crash course are two of Roberto Rossellini's famed War Trilogy — Rome, Open City (August 10, 6:45pm) and Pasian (July 29, 6:30pm). Both shot in the immediate aftermath of German occupation, against actual, bombed-out urban and rural backdrops, Burke identifies the pair as the original standard-bearers of the neorealist movement. Open City is a cat and mouse chronicle of a resistance leader's bid to escape Gestapo clutches, and is, without exaggeration, one of the most influential films of all time. Paisan, scarcely less seminal, is a six-episode story of Italy's liberation, co-written by TIFF's man of the moment, Federico Fellini. 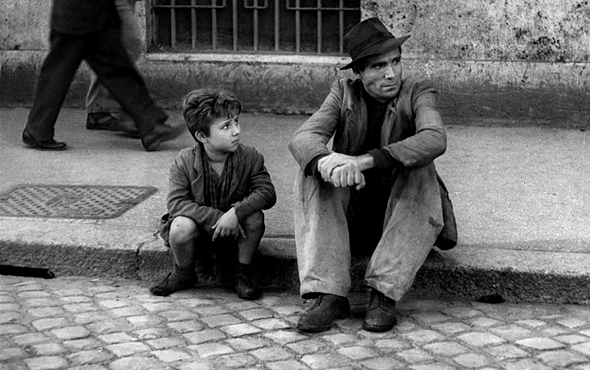 Third on Burke's list was opening selection Bicylcle Thieves. Thanks in part to the availability of high quality prints, Burke explained that Vittorio De Sica's 1948 release has supplanted Rossellini's films as neorealism's most iconic, though Bicycle Thieves certainly remains a masterpiece in its own right. The story of a father robbed of the tool he requires to earn a modest livelihood, it's a simple scenario with the gravest of stakes, and continues to resonate with audiences and filmmakers 63 years on.

In addition to Bicycle Thieves, Burke recommended Giuseppe De Santis' Bitter Rice (August 10, 9pm) as a particularly accessible selection for those new to neorealism. Despite its director's ardent left-wing leanings, this seductive, Oscar-nominated crime drama is one of the few films in the program to exhibit overt Hollywood influence, and brims with sensuality, suspense, and heavy elements of film noir. 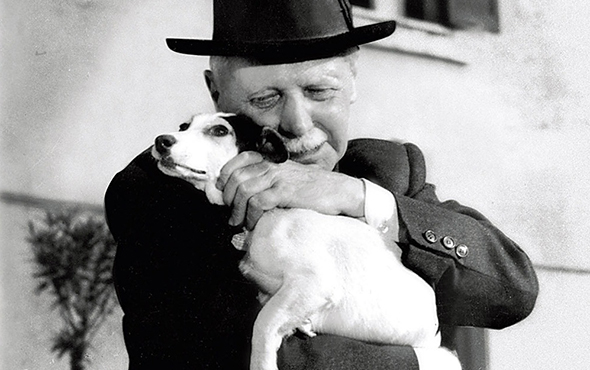 As for my personal picks, fans of contemporary indie auteur Kelly Reichardt will feel instantly familiar with De Sica's moving paternal tribute, Umberto D. (August 1, 6:30pm). A stubborn but downtrodden and disenfranchised pensioner, the eponymous Umberto, with faithful pooch in tow, is evidently the great granddaddy of Reichardt's heartbreaking Wendy and Lucy. Alienated, in debt, and facing eviction, his dire financial straights threaten to deprive him of even his beloved canine companion.

For purists, Luchino Visconti's La Terrra Trema (August 21, 4:30pm) is widely regarded as one of the finest examples of true neorealist form and content, with it's nonprofessional cast and class exploitation narrative. Shot in a seaside fishing village in eastern Sicily, the film was initially funded by the Italian Communist Party, and features a raw, detailed evocation of the townsfolk's daily struggles, both physical and economic.

Lastly, Mamma Roma (August 22, 6:30pm), from Pier Paolo Pasolini (of SalÃ² infamy) is a tragic tale of twisted motherly affection, prefiguring 2009's much-loved Mother from Bong Joon-ho. Anna Magnani is sensational as the titular Mamma, an endearingly outrageous ex-prostitute with a fearsome determination to forge a better life for her formerly estranged, misfit son. Considered by many to be the director's best, it's no wonder this singular work was the sensation of TIFF's Pasolini retrospective last year.

For a complete list of films and show times, visit Tiff.net. All screenings at the TIFF Bell Lightbox. Tickets are available online, by phone: 416-599-TIFF, or in person: TIFF Bell Lightbox, Reitman Square, 350 King Street West.