The International Indian Film Academy (IIFA) handed out trophies to its movie megastars on Saturday night, right here in Toronto. They're like a touring version of the Indian Oscars, but for the South Asian diaspora and Bollywood fans all over the world. And, they are a huge show. 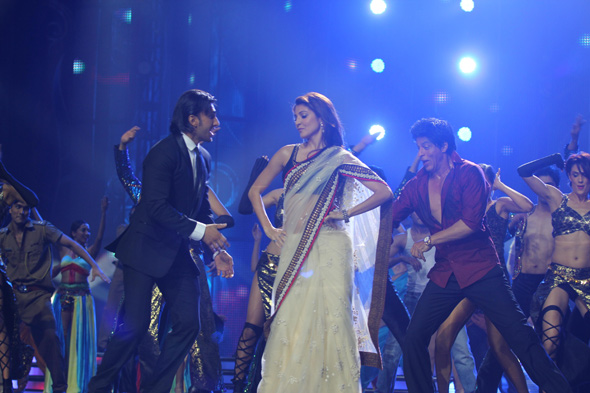 Each year, IIFA picks a new host city and puts on a weekend of "buzz" events (including film premieres, concerts, plus a lot of tie-in exhibits and screenings all over the GTA leading up to the big show). It's a pretty big deal for Toronto to host the 12th edition, after stops in hubs like Macau, London, Dubai, Bangkok and Johannesburg. It's also the first time the IIFA Awards have taken place in North America, which will no doubt raise the profile (and box office share) of Indian cinema in this market. 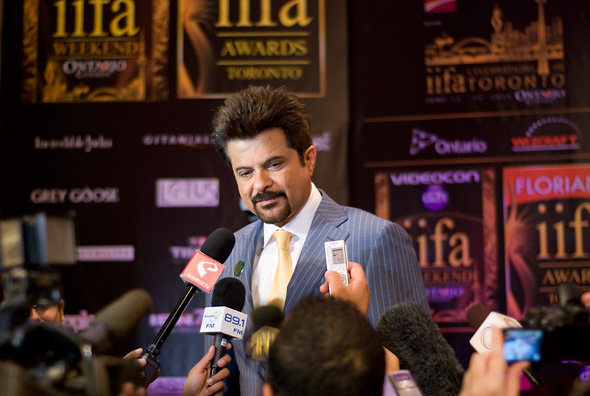 I, for one, am a new convert. On arriving at the Rogers Centre for the main event, I made a beeline for the paparazzi pit, hoping for a snapshot of cinematic royalty from India. 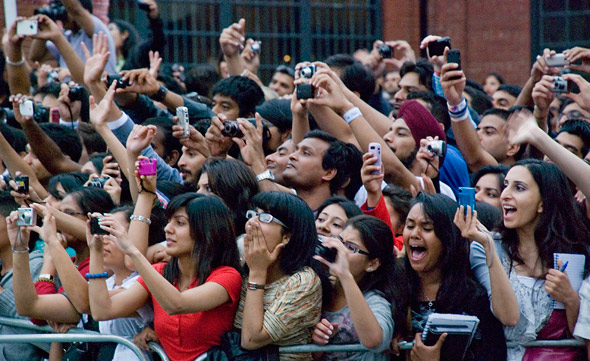 There I find throngs of fans and camera flashes popping along the "green carpet" as the stars arrived. We got a glimpse of Shah Rukh Khan, Anil Kapoor, Bipasha Basu, Bobby Deol, Zayed Khan, Rahul Khanna to name just a few. Toronto-born Lisa Ray, and even Hilary Swank, Cuba Gooding Jr., and Dalton McGuinty were among the guests, booked as presenters for the event. The IIFA Awards sold out in less than 10 minutes, and over 20,000 lucky ticketholders got in.

Dabangg, a corrupt cop movie, raked in the top award for Best Film, as well as the best musical director prize, best playback singer female and male (these are people that actually sing what stars lip synch to), best screenplay, debut female (Sonakshi Sinha), and in a category I would love to see at the Oscars, Performance In A Negative Role (which means the best bad guy - this year it's Sonu Sood).

Bollywood's current king, Shah Rukh Khan, was a sure win for his portrayal of a man with Asperger's syndrome in My Name Is Khan. In addition to best leading male performance, the film picked up nods for best director (Karan Johar), best lyrics, and best story (for a plot that seems a lot like Forrest Gump).

Despite a recent knee injury, Shah Rukh Khan closed the evening promising, "If I can't dance, I'll make sure everyone dances here in Toronto tonight," and proceeded to teach the stadium crowd a bunch of Bollywood dance moves â at 2 a.m. on Sunday! With a running time of over 5 hours, IIFA beats the Oscars hands down on long-winded acceptance speeches. 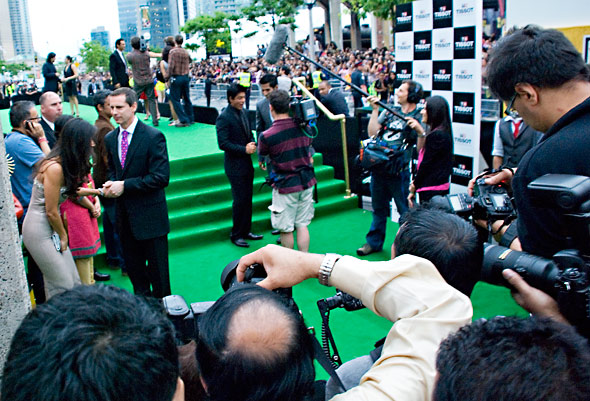 Where to see Indian films in Toronto right now 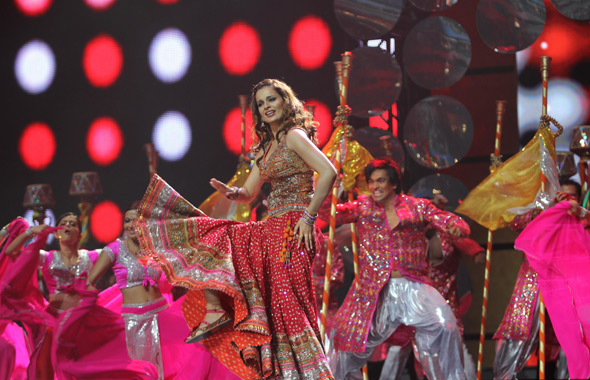