A 21-foot tall Balloon Boy with multiple eyeballs in the Lightbox's lobby can only mean one thing... Tim Burton is here. TIFF rolled out its proverbial red carpet yesterday to welcome the guy (plus 700 or so of his works) in a redesign of last year's hugely popular MoMA exhibit. After setting near-record numbers in New York City, followed by a stint in Australia, Tim Burton's show opens in Toronto this Friday, November 26. 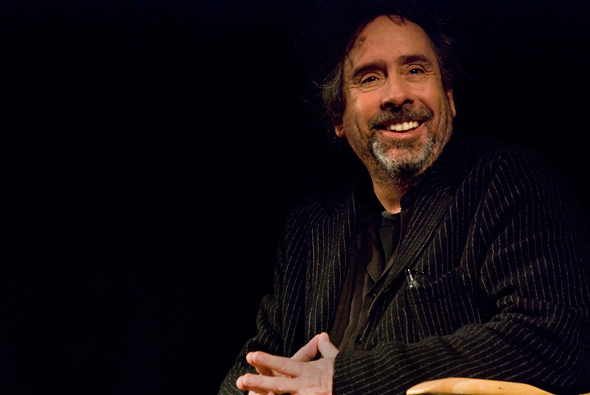 Like most of Burton's characters, Balloon Boy is sad and stitched and baby blue - macabre, yet warm and fuzzy at the same time. He's one of seven sculpture-like pieces created for the MoMA retrospective, along with a replica of a deer-shaped hedge from Edward Scissorhands, a black light rotating carousel, and a metallic robot boy. For my money, these big Burtons are probably the best thing on display.

A new piece described by Noah Cowan, Lightbox Artistic Director, as simply a "holiday themed creature," has been commissioned by TIFF for a front window display (to lure in passersby on King near John). The creature will be revealed on opening day. 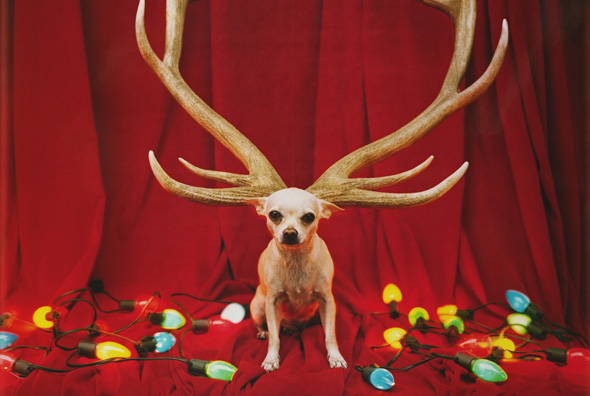 Inside, it seems like everything the man has ever scribbled onto paper is displayed. "It's kind of like, oh there's my dirty socks hanging on the wall," Burton says, describing his experience with the exhibition at a press conference in the afternoon.

Similar motifs run through paintings, sculptures, drawings, and photographs Burton has produced over the years. Seeing rooms full of items with his signature candy stripes, silhouettes, stitches, and wild hair, I expect a theme song by Burton's longtime musical collaborator Danny Elfman to kick in. And it does. 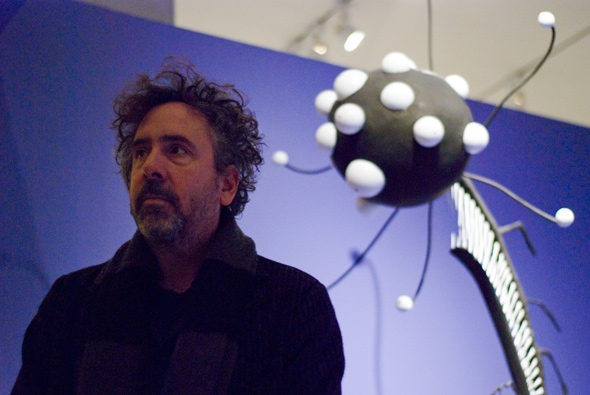 While the MoMA exhibit focused on his unseen works, the Toronto edition of the show emphasizes Burton's distinct vision and strength in design as a filmmaker. "I grew up on films where they were more visual," he says, "Film for me is a visual medium."

While I love gallery shows as much as the next girl, it's Burton's films that got me in the door. Of course, the Lightbox is running a full retrospective of Burton's oeuvre in conjunction with the exhibit, which you can watch back-to-back for 36 hours starting at 7pm on Friday through to Sunday morning at 9 a.m. (c'mon, I dare you to try), or at double bills through to the end of December.