Bizarre and imaginative animation out of Ottawa

The NFB is a major producer of internationally acclaimed and award-winning animation, so it makes perfect sense for the Board to run workshops and screenings celebrating the craft. While the adult animation workshop appears to be wait-listed (call 416-973-3012 or try crashing one of the 14 -and-under summer camps), you can still get a taste of the genre's latest bold and imaginative works.

Mark your calendars for July 15. The NFB Mediatheque and the Toronto Animated Image Society are co-presenting a screening of highlights from the Ottawa International Animation Festival at 7 p.m. at the National Film Board theatre... and this year's set is pretty flush with creative zing. 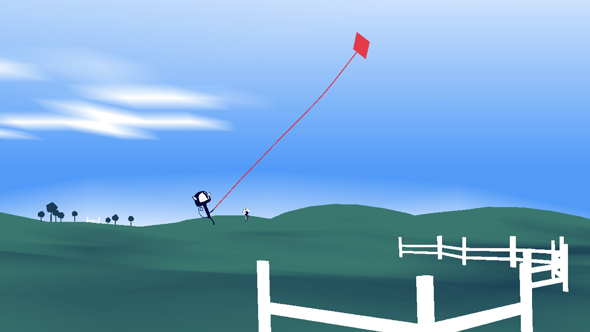 Although I'm not sure what exactly it's about, Please Say Something, winner of the Best Narrative Short at the festival, certainly caught my attention. The films that preceded it hadn't left much of an impression. Then, on the screen, this weird futuristic world appears, designed by an Irish animator named David O'Reilly (who has also been hired to make a U2 video and won an award for this film at the Berlin Film Festival). And in it, an anti-romantic drama plays out between a cat and a mouse.

More bizarre and imaginative worlds followed, like the retro-looking Magic Cube and Ping-Pong from China, featuring men with Rubik's Cube heads dressed in tracksuits, running and playing ping-pong. Or the video for MGMT's Kids, where a cute little youngin is in tears, surrounded by gross monsters at every turn. It ends with a dreamy animated sequence that contains hot dogs and fish.

More substance than style, The Terrible Thing of Alpha-9!, is my pick of the pack and also the Best Undergraduate Animation winner. An intergalactic bounty-hunter finds the bad guy - and he has five eyes and extremely sharp teeth! Betcha can't guess what happens next.

The Best of the Ottawa International Animation Festival runs at the NFB Theatre (150 John St. at Richmond) on July 15 at 7 pm. Admission $4/$6.

Stills from The Terrible Thing of Alpha-9! and Please Say Something courtesy of the Ottawa International Animation Festival.