The Bell Lightbox is still a year away from completion, but with TIFF just around the corner Artistic Director Noah Cowen was in the mood to give media a sneak preview earlier this week. On Thursday I tagged along with a mix of CBC, GlobalTV and Toronto Life staffers as we were led through a maze of construction spanning five stories in the massive structure at the corner of Queen and John.

The Bruce Kuwabara designed building is now 60% complete which means most of the major structural elements are in place. Some floors already have windows, the beginnings of the seating and stages for the cinemas are starting to take shape and there are actually safe and usable stairs connecting one level to the next. 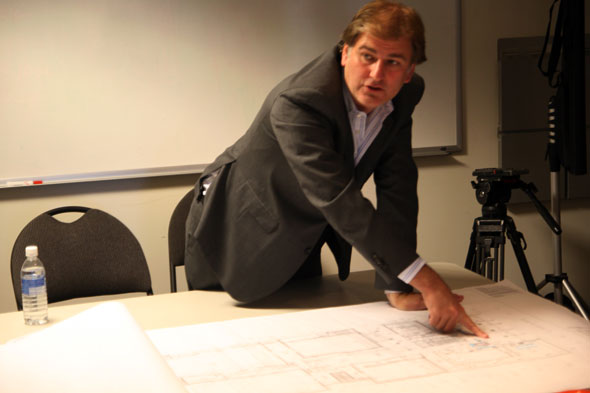 We started our tour in the TIFF office next to the new building. Cowen and his crew distributed some hard hats, boots and glasses and then he spoke for a few minutes as he led us through a few pages of architectural drawings.

For those not familiar with the project, it broke ground back in February 2007 and by all accounts everything is on track so that some of the facilities might be used during next year's festival. In talking with Cowen, he made it clear that Bell Lightbox will be TIFF's central hub for years to come; and he anticipates the screening capacity of the new building will mean the festival will cease programming anything at the theatres in and around Yorkville including the Varsity, Cumberland, Isabel Bader and the ROM. 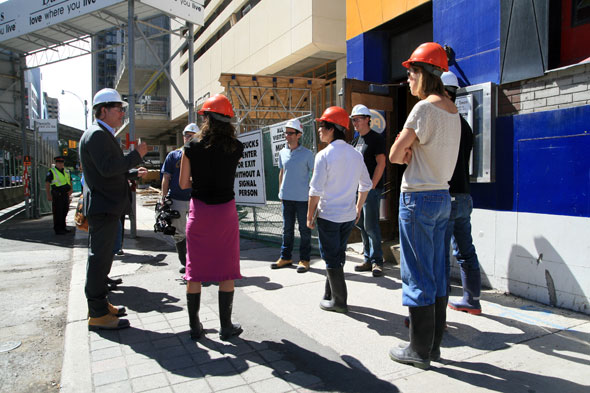 The scope of the Bell Lightbox is impressive. The building will include a two-storey atrium, five cinemas, three galleries, three learning studios, a student and scholar centre including the Brian Linehan Research Room, a display space, the TIFF staff offices, a cafe, restaurant, and a lounge. Sadly, the cafe and restaurant facilities will be managed by Oliver & Bonacini (think Jump and Canoe), supposedly so all the studio types making the trip from LA can feast on the same generic Wolfgang Puck type cuisine they're used to.

The good news though is that film goers will be able to take the food into the theatres; meaning there will be some healthy options to compete with the usual popcorn, pop and Twizzlers. 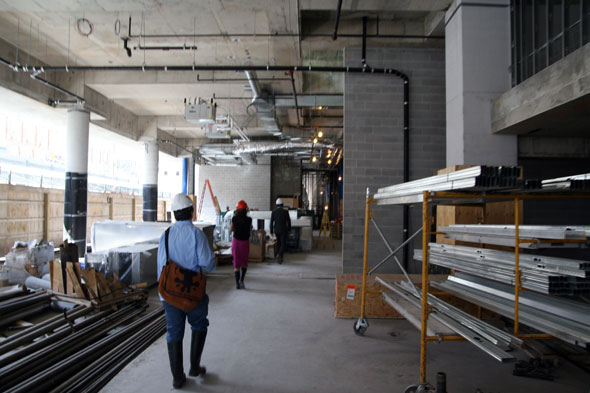 As seen in the photos, the inside of the Bell Lightbox is littered with steel beams, large pieces of machinery and all the usual trappings of an active construction zone. We caught most of the workers during a lunch break (munching sandwiches in the yet to be completed Members Lounge) so we were pretty much undisturbed as we navigated our way around the building. 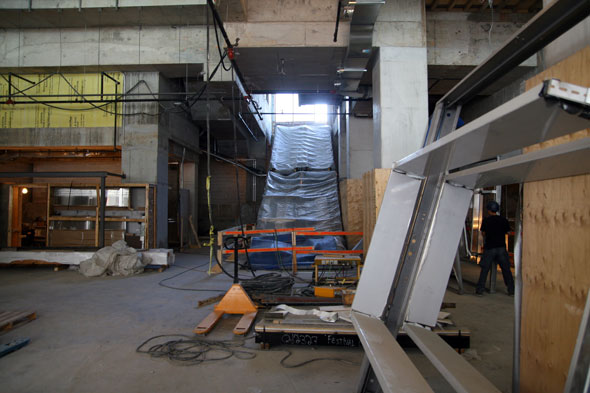 The ground floor of the building has a soaring atrium, private event space and a gallery that will showcase ongoing film-related exhibitions. Expect to see corporate, marketing and media events held here, exclusive parties and receptions for the many local film festivals beyond TIFF that the Bell Lightbox hopes to woo. Cowen wouldn't confirm what other film festival organizers they've been speaking with, but expect the Bloor, Royal and the Revue to play host to fewer festivals in the years to come. 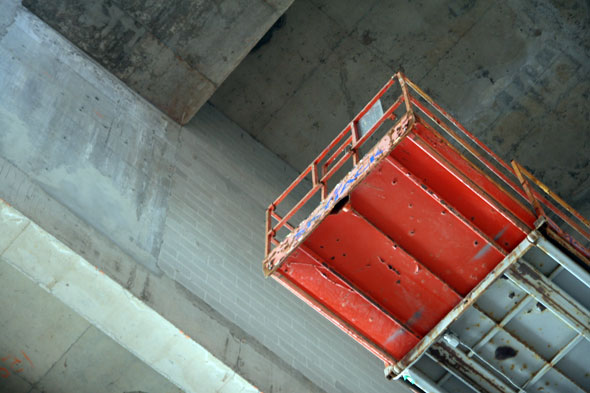 Screenings will take place at the Bell Lightbox year round; likely 6-7 days a week with the usual matinees and multiple showtimes common at other theatres around town. The programming will focus on the stuff mainstream theatres just won't carry - Canadian films, documentaries and foreign films as well as touring movie spectacles that rarely come to Toronto. Prices for tickets are still TBD but Cowen suggested they'll likely be similar to admission at the local multiplex. 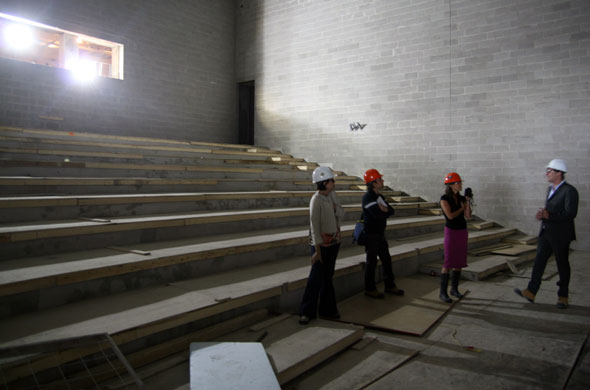 Another exciting programming note is that they plan to host rooftop screenings above the fifth floor starting in 2011. Details were scarce on this but it sounded like it might be something similar to the Rooftop Films experience. 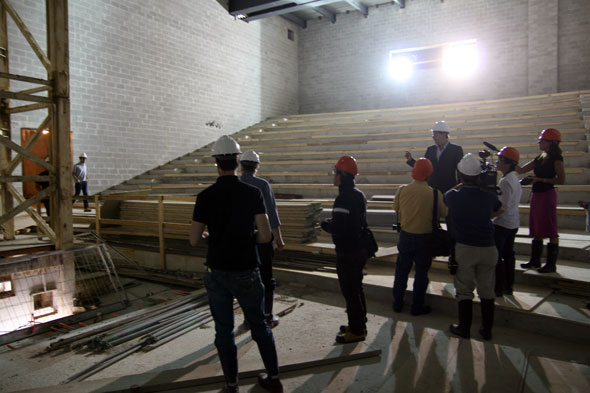 Overall, the Bell Lightbox will encompass over 153,000 square feet of multi-use space and include 1,300 cinema seats. It is five stories high but will be flanked by a 7 storey office building. A Ticker Sign outside will start above the front entrance of King St. and wrap around the east side of the building on John. 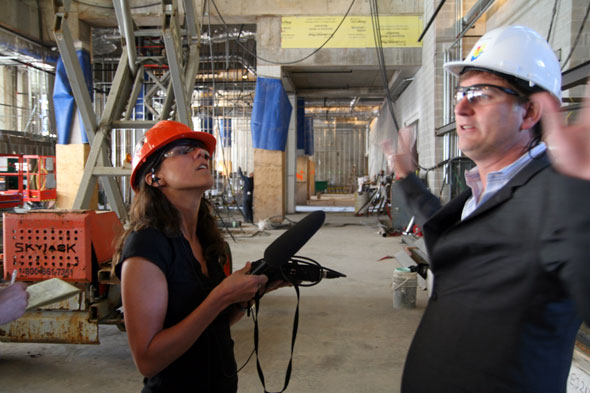 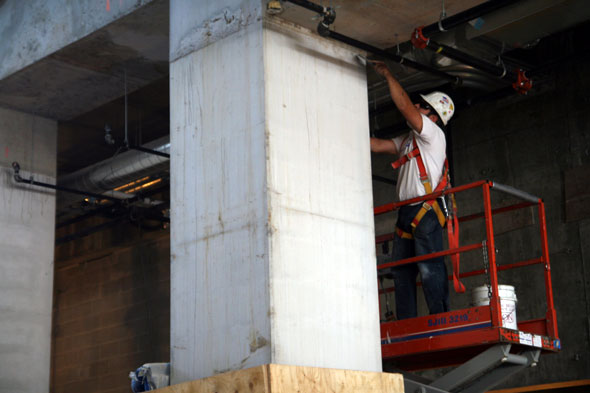 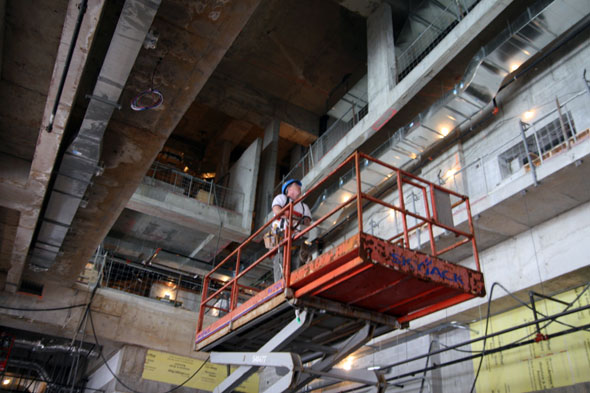 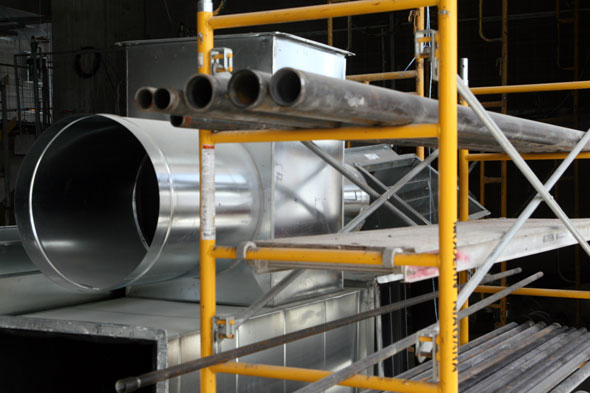 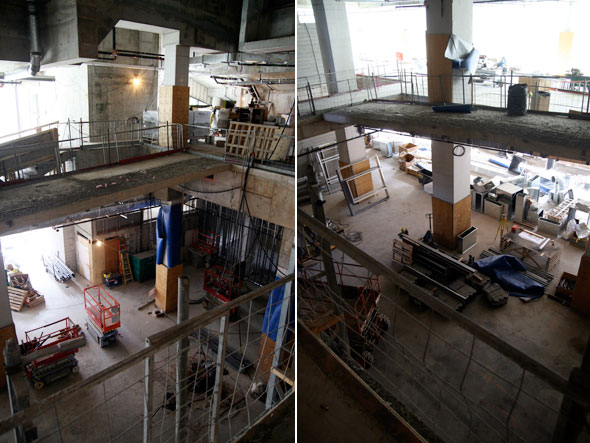 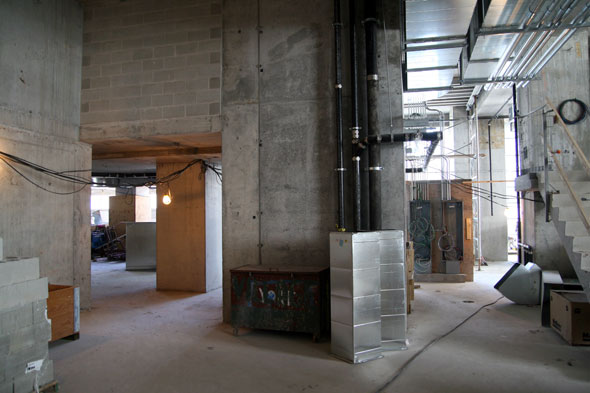 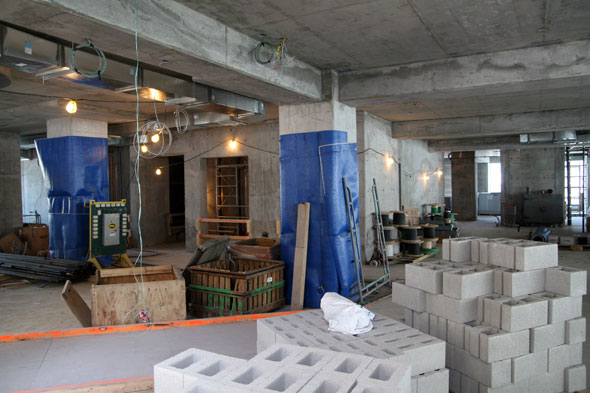 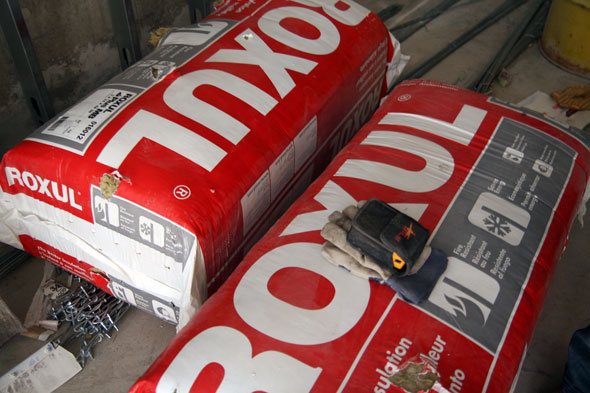 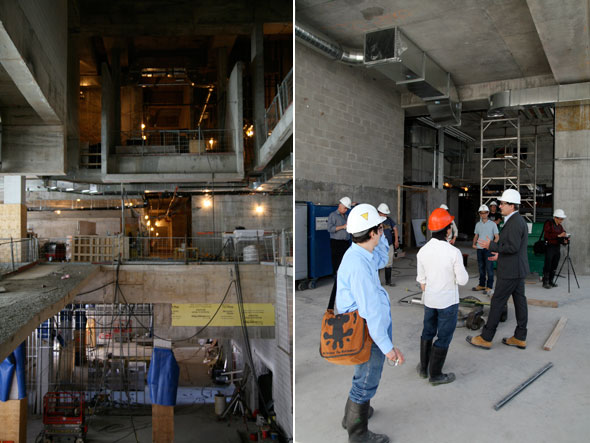 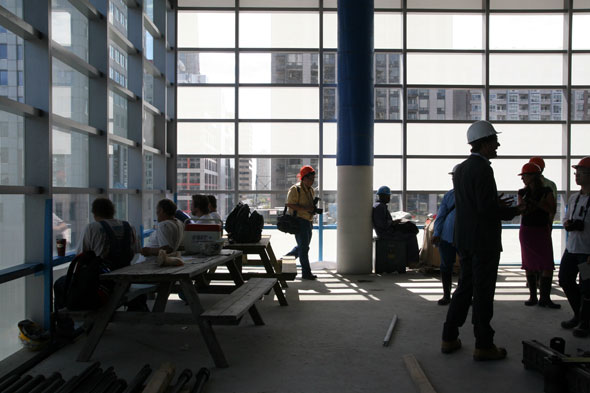 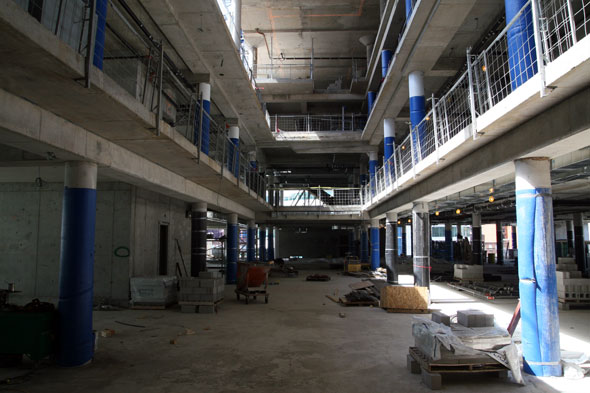 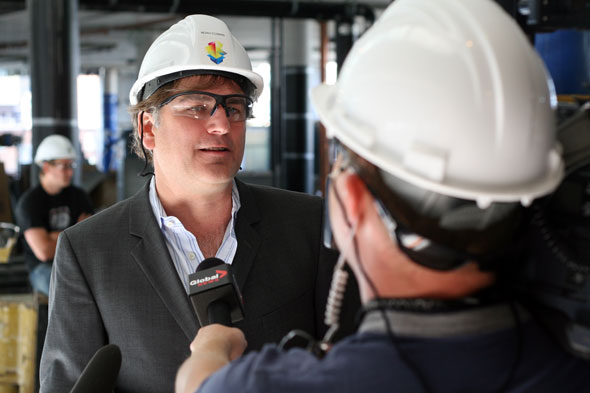