Fringe at the Movies: Blue Velvet, On Screen and On Stage

Sex, violence, intrigue... and comedy. The Silver Stage premiered its adaptation of David Lynch's dark and surreal mystery Blue Velvet on Canada Day, one of the group's five movie entries in the Toronto Fringe Festival 2009 lineup.

Having seen it, I can report that this is a laugh-a-minute production - both a spoof and tribute to David Lynch's 1986 film. While the original movie is projected in the background, actors are on the Bloor Cinema stage recreating, and often reinterpreting, the on-screen action. This is called "shadow casting". 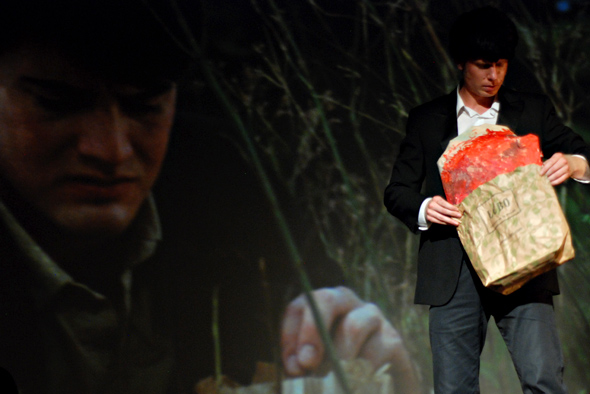 Finding humour in Blue Velvet's disturbing portrait of corruption in suburban America, the play emphasizes the goofiness of its central character, Jeffrey Beaumont (Kyle MacLachlan/Anthony Furey). The story begins when he finds a severed human ear in a field near his parent's home, moldy and black in the film, papier-mĂ˘chĂŠ and about a foot long in the stage play. 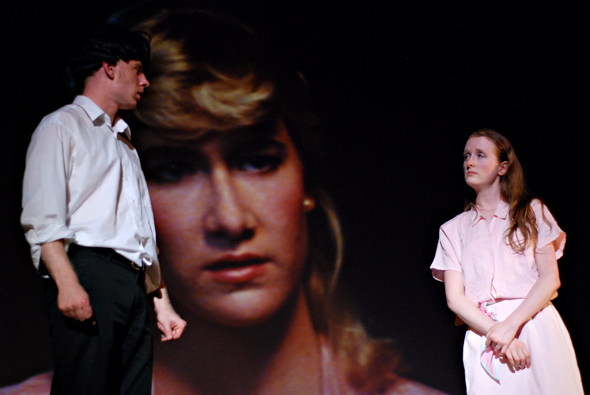 After reporting the find, Jeffrey befriends Sandy Williams, the daughter of the detective investigating the case (Laura Dern/Emily Armstrong). Curiosity draws him into his own investigation and into the arms of a mysterious and sexy singer, Dorothy Valence (Isabella Rossellini/Jo Fallak).

Before long, Jeffrey gets further involved with Sandy, Dorothy, and a raving psychopath named Frank Booth (Dennis Hopper). He uncovers a very twisted world, a seedy underbelly in his community and in himself. 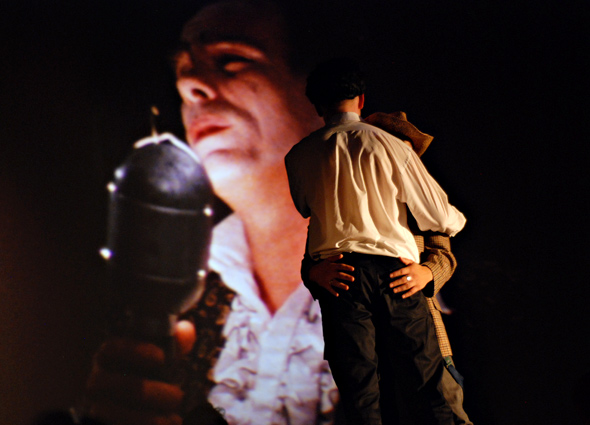 blogTO's own Robin Sharp directs the live theatrical performance portion, including musical interludes, near nudity, and invented subtexts. Without going into any details, I thought the graphic sex and violence in the movie was disturbing, until I saw this take on the cult classic.

Blue Velvet runs again on July 4th and July 9th, taking over the Bloor for the next couple of weeks, along with tried and true shadow casts Repo! The Genetic Opera, The Rocky Horror Picture Show, plus all new shows Buffy the Vampire Slayer's musical episode "Once More, With Feeling" and, in a curious choice of programming, Jurassic Park (dinosaurs??!).