Over the past couple of couple of weeks, I've watched my share of gore, romance, music videos, and experimental animation - close to 100 films in total. While I will admit I can't remember half of them, the Worldwide Short Film Festival has some notable gems in its 15th annual lineup.

It all starts tonight with a $20 opening gala soiree - a series of award winning shorts from around the globe screening at the Bloor, followed by an after-party for ticket holders at C-Lounge.

Throughout the week, the WSFF continues with 295 films sorted into 90-minute themed sets, each of which will show a couple of standouts and some duds, plus a few odds and ends. Here's my programme by programme rundown of what to watch (and what to miss) at this year's Worldwide Short Film Festival in Toronto.

Celebrity Shorts
Celebrities have connections, money, and actor friends. This makes it easier for them to take a stab at directing and to pull it off. Most of this programme is very watchable, particularly Tom Everett Scott's Glock about a newly trained secret agent, despairingly waiting by the phone for that first assignment, and Joseph Gordon-Levitt's Sparks, for casting Eric Stoltz. Debut films by Natalie Portman and Courteney Cox are also in the mix.

Official Selection 1: THE EDGE OF REASON
This sombre 90-minute set dedicated to madness gets a twist ending with Wallace and Gromit: A Matter of Loaf and Death, one of the festival's liveliest and most entertaining picks. See it here with movies for grown-ups (like The Spine, the latest NFB project by Oscar winner Chris Landreth) or see it in the 'Shorts for Shorties' family programme.

Sci Fi: OUT THERE
Robots, strange worlds, and a cosmonaut chimp make an appearance in this programme, but Captain Coulier (Space Explorer) steals the show. Oakville brothers Lyndon and Conor Casey (director and lead actor, respectively) took this retro space comedy to the Sundance Film Festival a few months ago. 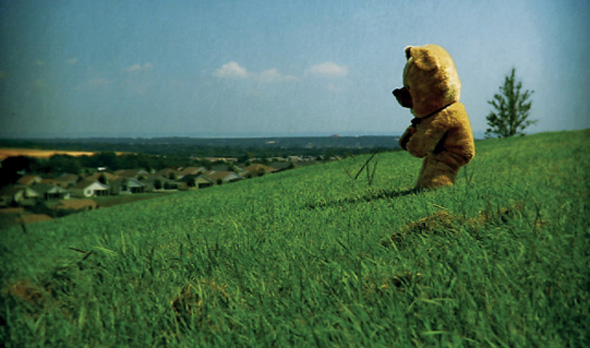 Midnight Mania: FREAKY
For midnight screenings, go for scary over sexy. FREAKY has highs points and low points, but its teddy bear massacre in The Sleuth Incident is a must-see. Also in this programme, what might actually be "the most relentless murder in the history of cinema" in The Horribly Slow Murderer with the Extremely Inefficient Weapon. From Norway, Everyday is a Fish Day brings back memories of the classic Fish Heads, a hit on MuchMusic throughout the 80s and 90s.

Slap 'n' Tickle
More misses than hits here, but an enjoyable ride overall. Highlights include a gossipy priest in the Irish entry The Confession and a jilted lover attempting to seize a very tempting opportunity in The Business Trip.

Scene Not Herd: MUSIC VIDEOS
Music videos that will look great on a big screen by Thunderheist and Block Party. Canadian artist Marcel Dzama lends his illustrations to N.A.S.A. for The People Tree and co-directs a live-action recreation of his images for the Department of Eagles' No One Does It Like You.

Wallace and Gromit: A Matter of Loaf and Death Trailer: