It's the afternoon of the fourth day of the festival and with five films down and at least a dozen to go, I'm already tired. I'm attempting to see films every day while working long days, which leaves very little time for sleep, healthy food, and friends. But my situation is not uncommon; depending on who you talk to, seeing 5 films by this point is more than most but much less than some. I stand in awe of those managing the Festival Package of 50 films, or the Festival "Lite" of 30. I don't think I'd be able to handle that much cinema even if I were logistically able to.

Regardless, I've had good luck so far. Read further for mini-reviews of Treeless Mountain, All Around Us, and Sauna.

The method to my film-going madness this year has been random at best - I skimmed the program book and the website, trying to check out films that looked interesting, but since I'm a huge fan of rushing, it's all about timing. Of the films I've seen so far, the ones I'm recommending the highest are the South Korean film Treeless Mountain and Japanese film, All Around Us. 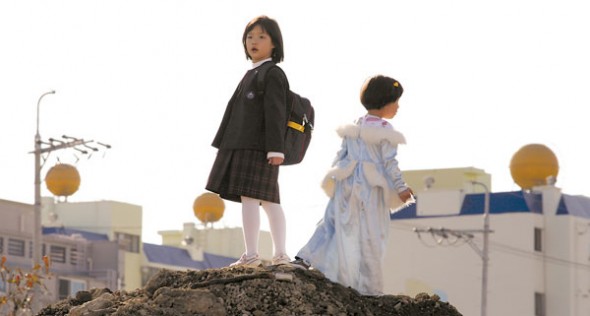 The tone of South Korean feature Treeless Mountain has been compared to the outstanding film Nobody Knows and for good reason. The film follows Jin and her younger sister Bin, as their lives begin to reflect the fairy tales that young Bin is fond of, that is, a tragic Hans Christian Anderson-esque fairy tale tinged with disappointment and hardship but with a silver lining of hope.

We meet the girls just before Jin's mother makes the difficult decision to send the girls from their cramped urban apartment to live with their aunt in the slums, on the outskirts of the city, "just for a while". While their aunt is willing and well-meaning, she carries her own financial and personal troubles, leaving the girls alone to their own devices most of the day and unable to send them to school.

Much of the film follows the girls exploring their new terrain, and while they are very cute, the film is careful to shy away from moments that are too sentimental, tragic or saccharine, which kept the movie intimate yet grounded. Throughout the film, I was worried that director So Yong Kim would be unable to resist cliche, giving the film an undeserved and unrealistic happy ending, but she manages to keep the audience hopeful and invested to the conclusion. One of the best films I've seen at the festival in several years. 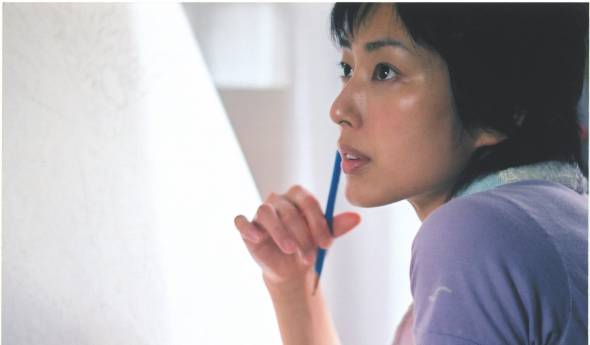 All Around Us (dir Ryosuke Hashiguchi, Japan):

All Around Us was one of the films where I was desperate to witness a Q and A session with the director after the film, but Hashiguchi fell ill before the festival and was unable to attend whatsoever. I found this to be quite a shame, as his film is so grand and emotional that it begged for a discussion period.

The film follows almost ten years in the lives of a young couple, Kanao and Shoko, from 1992 to 2001 - a timespan which follows them through illness (mental and physical), aimlessness, and heartache. One of my favourite thematic choices of the film was the marking of the passage of time in Japan through major crimes from those ten years. To facilitate this, the husband Kanao becomes a courtroom sketch artist, and at first is seemingly unaffected by the trials he starts to witness, but as his personal life becomes more complicated, we begin to see more compassion develop in him through these courtroom sequences.

But most of the character development in the film belongs to Tae Kimura, who portrays the wife Shoko. Shoko learns to make mistakes, that she doesn't have to be perfect, and to let go of her expectations of herself. Watching her develop from an over-scheduled and hyper-controlling wife (she has their sex life planned in a calendar!) to an artist discovering her abilities is quite rewarding and resonates strongly, I believe, as a comment on Japanese societal expectations. 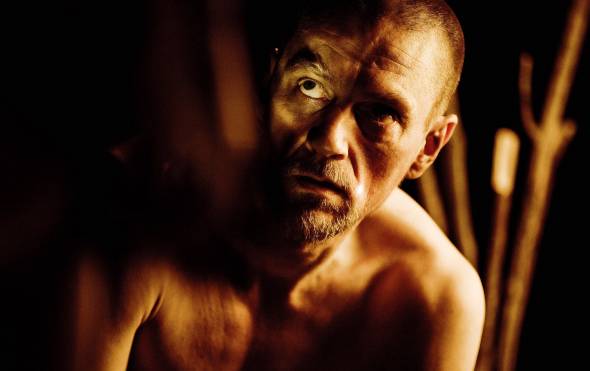 It seems that I'm continually disappointed by films like Sauna, that is, films that just ooze atmosphere and tension with excellent character choices and plotlines... which soon disintegrate into cliche and absurdity.

In the case of Sauna, the film has a great start; brothers Knut and Erik who are as similar as night and day both play a part in an unwarranted act of violence which Knut can't atone for and Erik could care less about. You see, the men are nearing the end of an arduous mapping expedition concerning Russian and Swedish borders which has been difficult considering the tensions between the religions on both sides. As they try to forget their crime and continue on their journey, it takes a turn for the weird when the team discovers an unmapped village, unclaimed by either country, in the middle of the swamp.

But just when the village mystery becomes interesting, the film bites off more than it can chew and relies too heavily on overused ghost imagery, creating 'scare' sequences that could be from a number of lookalike Japanese horror films like Ringu, One Missed Call or the Grudge. While Ville Virtanen tries very hard to play the complex character of Erik, a former soldier and mercenary, he can't make up for the ridiculous conclusion to an otherwise very tense and atmospheric film. Maybe on DVD, but don't pay $20 for this.

Check back for more TIFF reviews later in the week for reviews of Daytime Drinking, Firaaq (hopefully!) JCVD, The Paranoids and more...