TIFF Preview: A First Look at Some of the Films at This Year's Toronto International Film Festival

Today is the day that TIFF pass holders can pick up their advance ticket orders and start filling the gaps in their schedule if they ended up in a bad box.

Personally, I was in box number 60, so with the orders starting to be filled at box number 9, I didn't get many of my first choices but luckily still ended up with 10 of my 10 tickets filled.

For others who weren't as fortunate, picking up their order from the TIFF box office on Labour Day probably isn't high on the list of fun things to do. Line-ups on Monday and Tuesday this week are expected to be long, and wait times could run one or two hours or more.

Compounding the insanity is that many of the best films are now sold out - or at least, the first screenings of them are. One film that might still be available though is Toronto Stories. There are two screenings at the AMC. The film was written and directed by a number of local stars including Sook-Yin Lee, Sudz Sutherland, Aaron Woodley and David Weaver and includes songs from Final Fantasy, Ohbijou and Broken Social Scene.

Privy to an advanced copy of the film, I watched it the other night and while I didn't enjoy it as much as 2006's Sook-Yin Lee vehicle (Shortbus), I'd still recommend it, especially for those who get off on seeing recognizable Toronto locations on the big screen - in this case, places like the Don Valley, Cabbagetown, the ROM, Terminal 1 and the Toronto Reference Library.

Other films some of us have seen so far at advanced media screenings held at the Varsity Cinemas include: 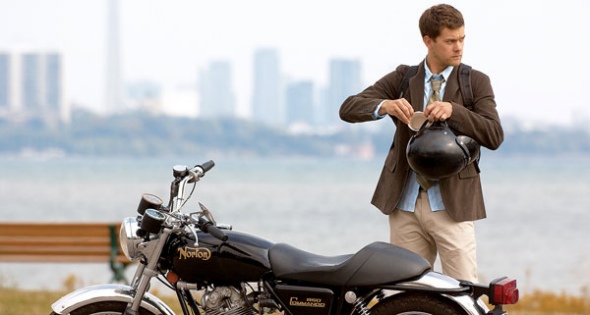 One Week tells of a young man named Ben (Joshua Jackson) recently diagnosed with a terminal illness, who decides to embark upon a journey across Canada on a vintage motorcycle. As Ben both tries to escape and come to grasp with his situation, he travels from one iconic Canadian landmark to the next, from Toronto towards the west coast. The sentimental value of the movie for Canadian audiences is just as valuable as the story itself, which is both heavy and emotional while maintaining a sharp and funny outlook. As McGowan's second feature film, One Week lives up to this director's earlier success. 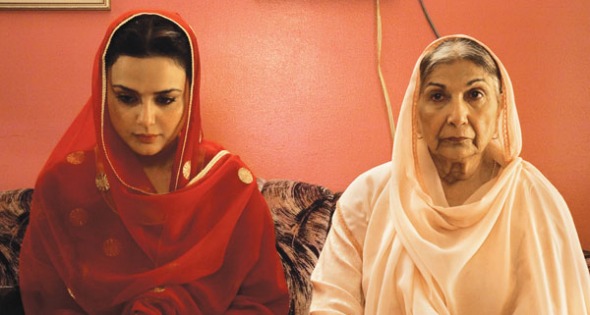 This film tells the story of a woman who moves from India to Brampton to marry a man she has never met as part of an arranged marriage. Director Deepa Mehta does a fine job exploring the cultural norms and perversities of the Brampton family and the challenges the woman faces as she adjusts to a new husband, new in-laws and a new country. I would have put the film in the same league as Mehta's previous work - the Oscar-nominated Water - but I wasn't a huge fan of where she took the last 30 minutes. 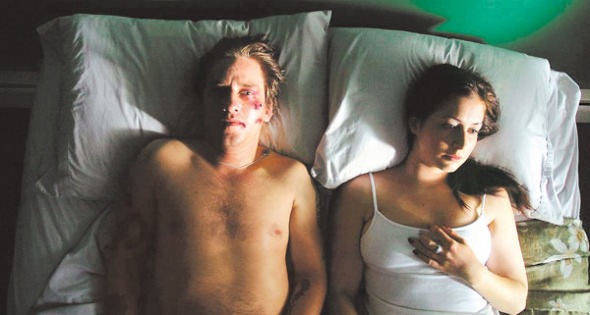 Down to the Dirt
(Director Justin Simms)

This film is an adaptation of Joel Thomas Hynes' infamous novel about a broken young Newfoundlander trying to make sense of the mess he has come to know as his own life. Hynes himself stars in the lead role as the young and troubled Keith Kavanagh and does a breathtaking job of it. As much as the story is a brutal and intense portrayal of Kavanagh's struggle, it is also a delicate look at the socio-economic conditions that exist in Eastern Canada. Somewhat graphic and emotionally disturbing at times, this is a film worth seeing - particularly for Hynes' performance. 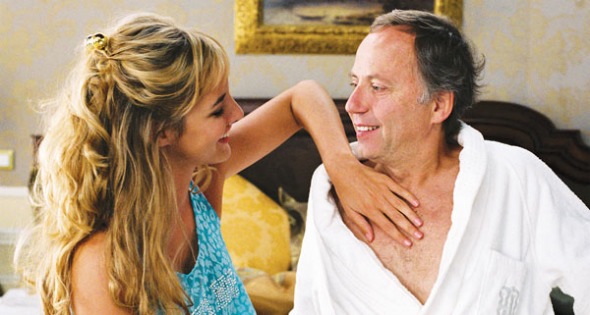 Fontaine's La Fille de Monaco is an amusing and 'steamy' story about Bertrand Beauvois, a mature lawyer who falls into a bizarre romance. Starring Fabrice Lucchini, a brilliant/hilarious French actor and also Fontaine's husband, the film is most memorable for his awkward sexual encounters with Audrey, a beautiful weathergirl from Monaco. Unfortunately Audrey's former fling happens to be Beauvois' bodyguard, and the ensuing adventure leads to a complex love story with surprising results. Though the story is a bit convoluted, Luchinni's performance and a sparklingly funny script makes this worth watching. 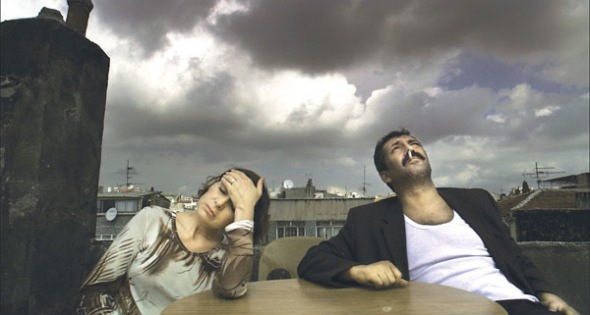 If a film has ever demonstrated the heights of dysfunction within a family, Three Monkeys just might be it. This film focuses on the turmoil ensuing a father's efforts to cover up after a hit and run caused by a wealthy politician. Director Nuri Bilge Ceylan delivers a visually and emotionally stirring film; shot in high definition and featuring beautiful brooding imagery, it is worth seeing if only for its cinematography. The film is also a clever analogy between the proverbial "three monkeys" and a family of three being driven to moral decay. What you might call an 'artsy' film, this Turkish offering isn't completely straightforward, but is captivatingly portrayed with beautiful cinematography. 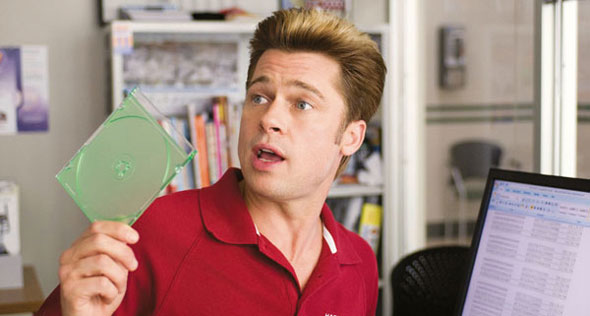 Burn After Reading
(Directed by Joel Coen and Ethan Coen)

Long story? Burn After Reading combines characters that recall the bumbling criminal nature (and forethought) of H.I. and Ed from Raising Arizona, against a wry, pseudo-political thriller backdrop. But really? It's about morons trying to blackmail other morons who are sleeping with other morons and it all gets very confusing! While Clooney and McDormand are old hats at this game, Coen film newcomers Malcovich and Pitt shine, as John Malcovich plays a vile, intoxicated has-been, brain-dead gym-rat Brad Pitt steals the show and the film features the best use of J.K Simmons outside of Spiderman, ever. While this movie is a must-see, remember that it is being released September 12th. 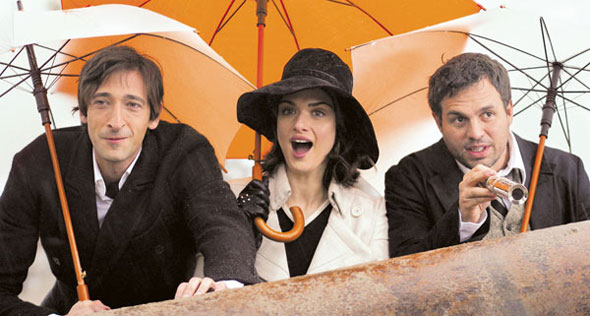 This film was a major disappointment. As fan of director Rian Johnson's debut feature, Brick, I had high hopes for The Brothers Bloom especially because the film managed to snag some Academy Award winning talent like Adrien Brody and Rachel Weisz. But with Mark Ruffalo also along for the ride, I felt that all three actors were subject to a weak script and baffling direction that seemed to be wanting to treat this as a slapstick comedy. It kind of reminded me of Dirty Rotten Scoundrels minus Steve Martin and all the funny scenes.

Not Recommended by me.