Canadian filmmaking is in trouble. Well, fine, it's always been in trouble, but government censorship like Bill C-10 and the rising cost of production has put the industry on life support. Winston Hacking is a local filmmaker who realizes the only way to save Canadian movies is to make the public care about them, one screening at time.

Born and raised in Peterborough Ont., his passion for cinema began in his early teens.

"I made typical High School movies; you know the kind. I'd film a half dead fly, reverse the footage, and set it to a Radiohead song. In college I fell in love with hand drawn animation; a friend of mine put together a DVD compilation of our work and called it 'Film Fort of Fun.' I always liked that name..."

Winston is the co-founder of 'FILM FORT', an intimate film series that's held in a downtown loft space. It's a mixed program of cult feature films, touring international shorts, and independent Canadian work.

"The idea of 'FILM FORT' is to create a experience that's not as uptight as a gallery, with work that you couldn't find in your living room. It's a place where Canadian filmmakers can show their new films, get feedback, and foster a community."

They cover the floors, the walls and the ceiling of the loft with sheets; they're sewn together to make the space look like a giant, childhood fort (It's encouraged to bring your own pillow). Deco Dawson and a film collective from Portland are visiting for the next screening; it's on July 29th.

As a director Winston is best known for his collaborations with local band 'Ohbijou'. He also does projection work for Buck 65; he just got off a cross-country tour with him.

"Why do people go out to independent music shows, but not to independent Canadian films in the city? I don't know. If the programming is good, if people are allowed to drink...I don't see why we can't turn that around." 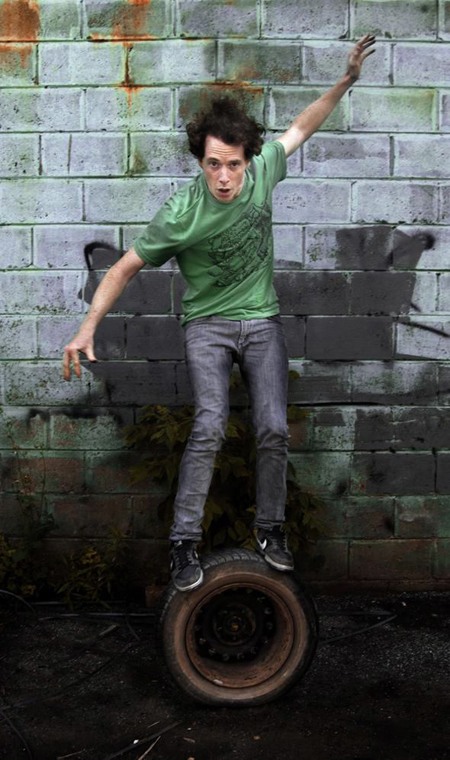