Welcome to the Toronto Portraits. Every Friday we're going to profile young, dynamic Torontonians, and each week we're photographing them in a different Toronto neighbourhood.

When it comes to lucrative, low risk business plans, taking over the lease of a defunct little cinema in sleepy east Toronto doesn't come to mind.

Andy Willick and Daniel Demois did it anyway. They'd been in the market for a single screen house for a while when the Festival chain closed down in June 2006. They looked at the Revue, the Kingsway, the Paradise...but it was a hot little fox that won them over.

"There were various reasons we picked up The Fox. It's established with the community, it looks great inside, and it's the oldest running movie house in the city."

On Saturday June 21st the Fox Theatre is playing an all night program of six rare grindhouse films. "Shock and Awe: The Grindhouse Experience" has something for everyone; New Zealand zombies (Dead Alive), European pornography (Danish Pastries) and blaxploitation bike gangs (The Black Six). It's a gamble for them, especially as a smaller, out of the way venue. They're also planning a week long 3-D film festival in July; no word on a smell-o-vision marathon but I'm sure it's in the works.

"You have to balance financial interest and playing things that you like," Daniel explains. "We'll probably play Indiana Jones and Iron Man, but we're also doing counter-programming with the cult films. Because it's been 'second-run' for so long..."

Andy interrupts; "I hate the term 'second-run'. I like the title 'independent'. Every single screen theatre in the country gets slapped with that 'second-run' label"

"You can't program a theatre for yourself..." Daniel continues. "We don't always play things we want to see".

The profit margins are razor thin in the cinema business, but I think they're taking the right kind of risks. You have to run these houses with a fine balance of pragmatism and soul.

They lead me to the beach after our interview, a three-minute walk from their theatre.
The entrepreneurs horse around on the sand, mug for the camera, finish each others sentences; it's obvious they've been close friends for decades. Well, a decade, anyway. These guys are still really young.

"As teens we loved single screen theatres," Andy beams. "We saw classics like The French Connection, Ilsa, She Wolf of the SS, Enter the Dragon...we went to Kung -Fu Fridays..."

Daniel jumps in; "I think it was Kung-Fu Wednesdays back then." 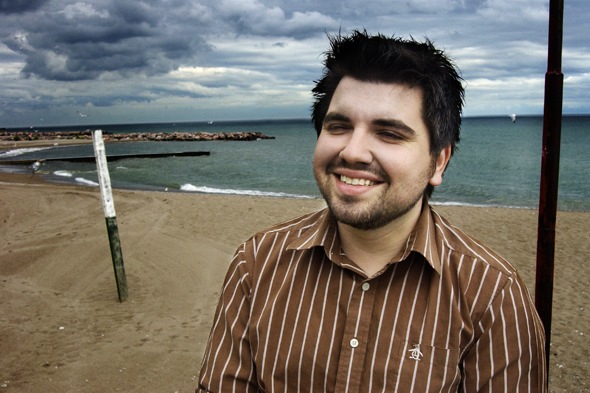 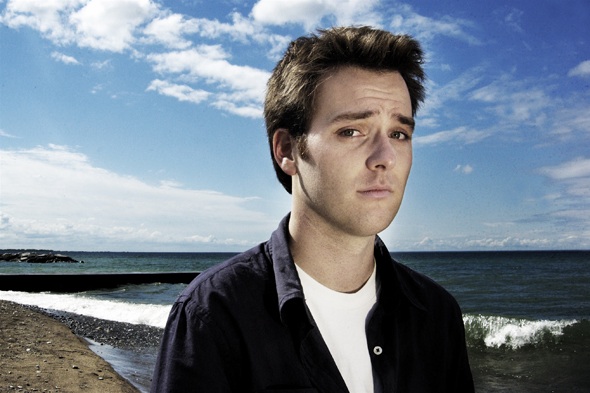