Doug Ford's been on a roll with the out-of-pocket press sayings, from the ying-yang incident to the bilingual bungle of last week.

The priceless Fordisms have become fodder for a new t-shirt line from Toronto clothing company FridayBy6ix.

The brand, which is run by two fourth-year U of T students, has just released its Doug Ford Collection: four separate shirts for $20 a pop with "Uncle Doug's World Famous Quips."

There's the Stay A La Maison shirt, a phrase which has pretty much gone viral.

The Doug Ford 800 Pound Gorilla Tee is reference to Ford's statement about upping COVID-19 testing, with an ape of King Kong dimensions sitting atop the Ontario legislature.

A Cheese and Crackers shirt pays hommage to Ford's very special, very unique way of questioning peoples' judgement. "A few fries short of a Happy Meal" is another Fordism that'll stay in the bank. 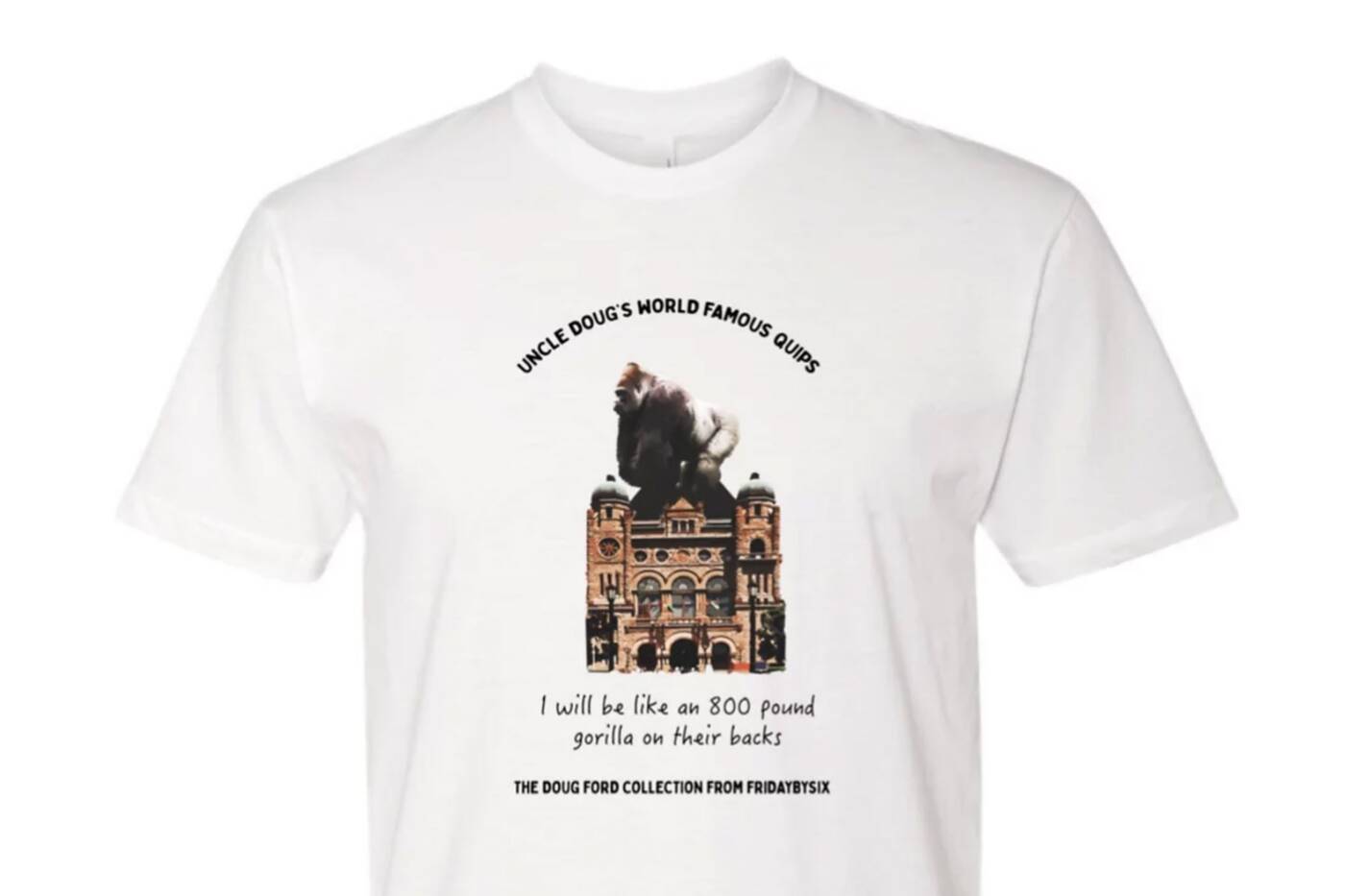 "To be honest, we find Doug Ford's catchphrases hilarious," FridayBy6ix owners Addie and Chris told blogTO. "I don't think we've ever heard someone come up with one-liners the way he does."

"We started to use some of them around the house as a joke, with our favourite being the 800 lb gorilla one by far. That's when we thought we'd try our hand at seeing if we could come up with designs for them, just for fun."

Considering how many one-liners Ford drops weekly, there could very well be a second edition by March, "at the rate he's going." FridayBy6ix is hoping they'll see Ford himself in one of their t-shirts someday, with their hashtag #GetThisToDoug.