A new umbrella is now making it less dangerous for pedestrians to manoeuvre the treacherous Toronto streets on dark, stormy nights.

Newmarket-based company LifeLight Umbrella has invented a collapsible umbrella that will hopefully help to combat the deadly number of pedestrian collisions in the city. 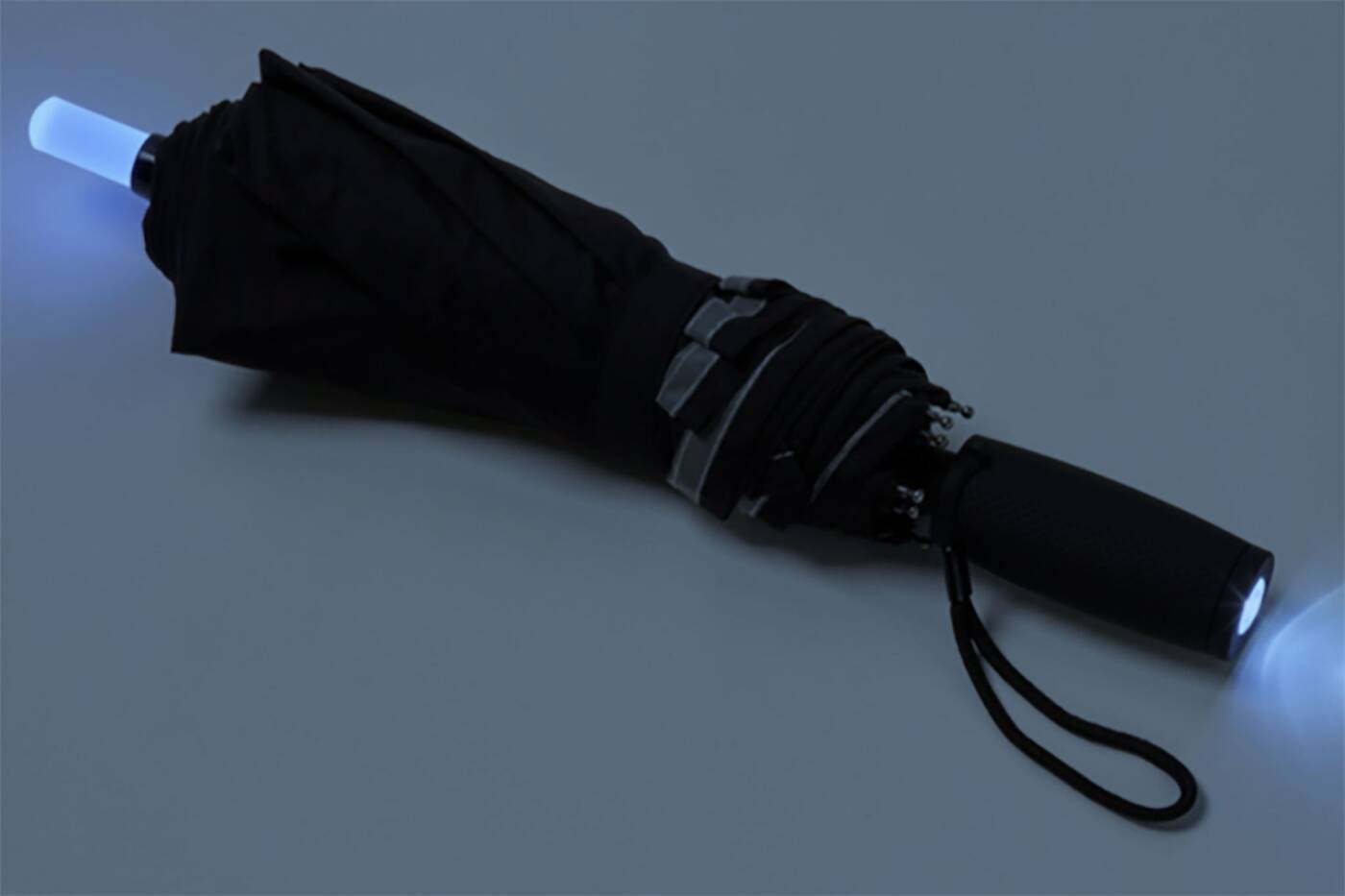 According to LifeLight, drivers will be able to see this umbrella from up to 140 meters away, even in the dark, due to a flashing LED light on the top.

Two strips of reflective light that go around the entire canopy of the umbrella add another element of visibility to the umbrella.

There's also a built-in LED flashlight on the handle that will help users see the ground in front of them, while also illuminating their bodies for drivers to see.

And, super handy for when you're walking through wind tunnels like Bay Street: the umbrella has a 'wind venting system' that prevents it from collapsing on itself.

On top of all that, there's a little 'technology pocket' located on the stem near the canopy. If you have your own Bluetooth tracker, you can fit it in there and get an update on your phone in case you leave it in a restaurant.