Torontonians are a loyal bunch. And we take pride in our local stores and businesses. That’s why when one big box retailer moved into the city, it partnered up with a bunch of Toronto brands.

When Uniqlo opened at the Toronto Eaton Centre, it made its debut with a special Uniqlo Meets Toronto section.

There, it featured products from the Drake General Store, Souvenir Studios and Blacksmith Cycle. Since this unique initiative - which Uniqlo had never tried in any other market before - proved successful, the Japanese company plans to keep it going.

"One of our philosophies is to connect with locals with any market that we enter, so that was something that we wanted to do when we launched in Toronto back in the fall," says Han Hoang, Uniqlo's marketing manager.

About two weeks before it opened, Uniqlo held pop-ups at the four aforementioned stores. Afterwards, those retailers got to display their merchandise at Uniqlo.

Hoang says Uniqlo chooses its partners based on recommendation from employees as well as locally based friends and family members.

Mike Yakubowicz, who owns Blacksmith Cycle, said it was a great way for his high-end custom bike business to gain more exposure. While he didn't sell bikes at Uniqlo, he had shirts, caps and water bottles on display.

"We definitely noticed on social media people tagging us wearing the sweatshirts and caps who would not necessarily otherwise be our customers," he says.

Souvenir Studio's Danielle Suppa agrees. After shopping at Uniqlo, tourists would venture out towards her store in Brockton Village. "They would have never discovered the store otherwise," she says.

For its partnership progam, Uniqlo buys stock from participating local retailers, kind of like a wholesaler. Uniqlo did a reorder from both Souvenir and Blacksmith Cycle. 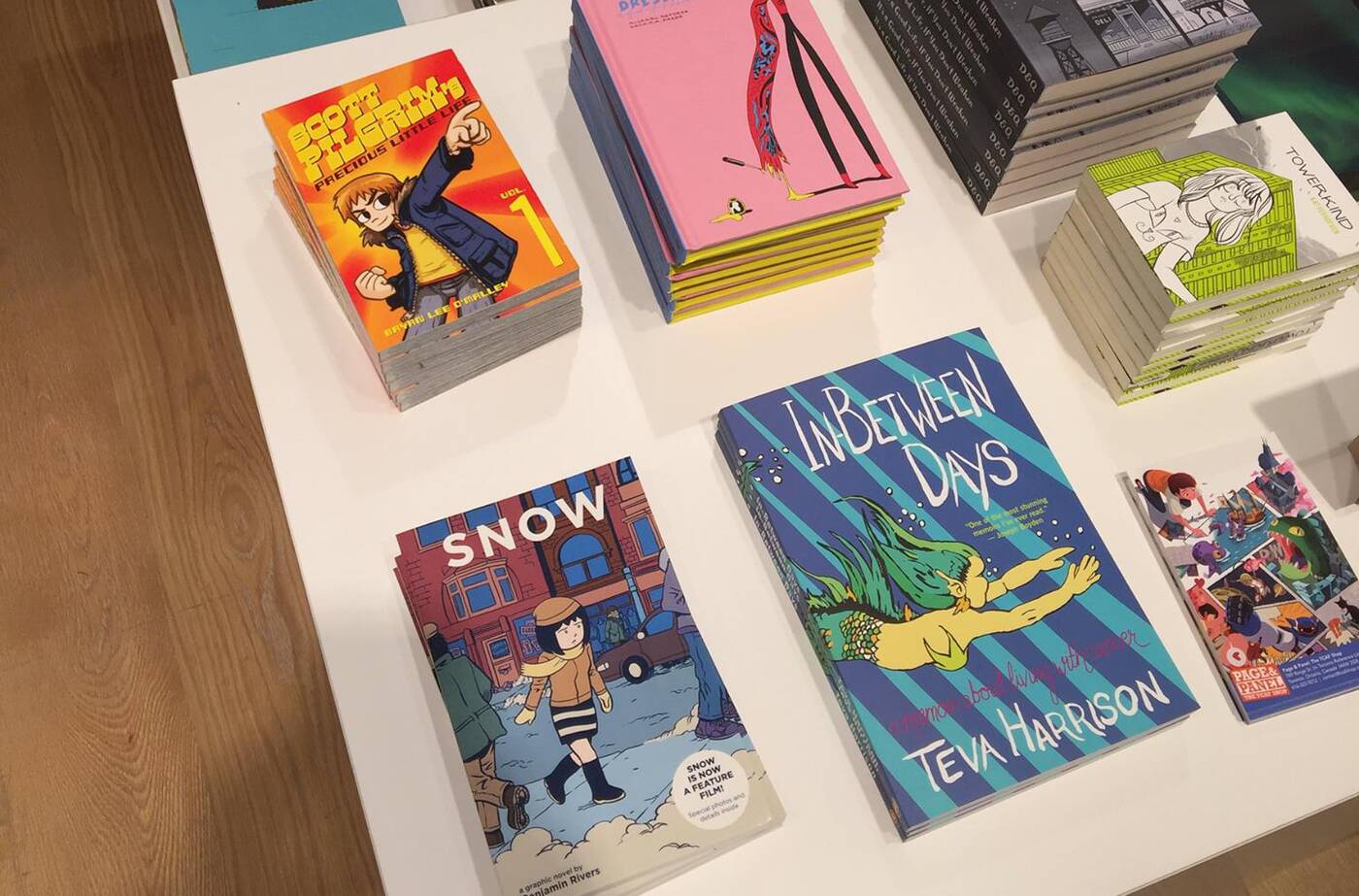 Now, Uniqlo's onto its second batch of partners and The Beguiling's in that sophomore class, along with the Cocktail Emporium, Soundscapes and Gravitypope. "It’s the kind of opportunity we’re not going to turn down, obviously," says The Beguiling's Peter Birkemoe.

Since he just moved his comic book store from Mirvish Village to College Street, this couldn't have come at a better time. Through it, he knows he can get more eyes on his business.

And by working with established Toronto brands, Uniqlo eased itself into the city, unlike some big, international brands who haven't fared as well here.

"I think this was them really trying to be a good citizen and a good neighbour," says Blacksmith's Yakubowicz, "and getting to know customers and kind of the local vibe rather than jumping in and ignoring what’s on the ground.”