In a very special classroom in downtown Toronto, something spooky is happening. It's the College of Makeup Art and Design's Creature Design Program, and it's training its students to scare the pants off you.

CMU is where students go through the gruelling process of learning the techniques to create amazing looks for hair, fashion, theatre, film and television, then eventually prosthetics and creature design. With the Creature program, students aren't limited to working with human faces, or humans at all.

In the intimate program's little studio of only a few rooms, students learn how to create their own creature from the inside out. Professors start them off with life drawing, anatomy and modelling, and when it comes time to design a creature of their own making they have to start from the skeleton and build on top of that from muscles and veins to the texture of the skin. 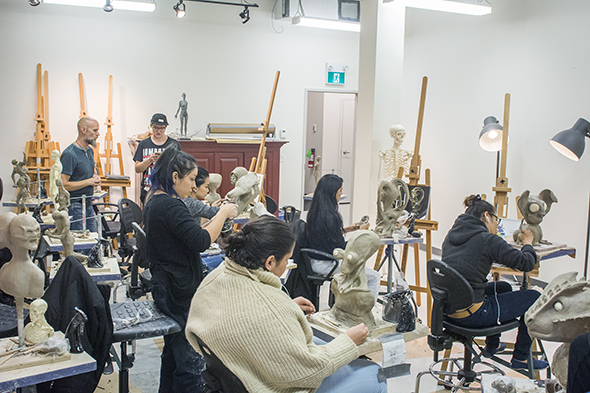 Students are allowed to design anything they like, which prosthetics and creature design instructor David Scott says allows for the biggest range of ideas to be presented. It also means students are constantly forced to troubleshoot problems that may have only come up based on their particular project, like undercuts in the creature's form or colours not turning out right. 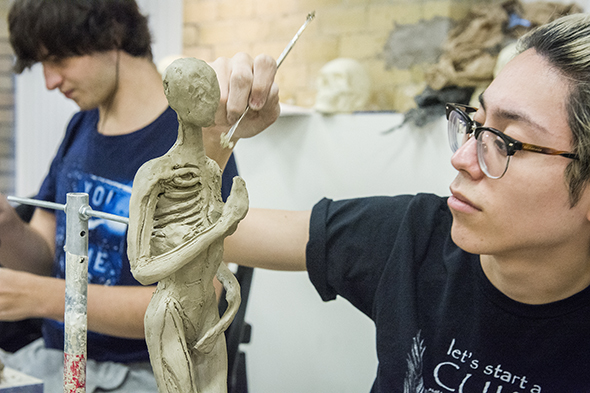 Artists in the program start by taking anatomy lessons, using a wire armature to build a skeleton correctly, and then building musculature into that, learning proper nomenclature along the way. They then can begin morphing that form into a creature, comparing it to human form and making sure their imaginary beings are as anatomically correct as possible so they seem the most realistic. 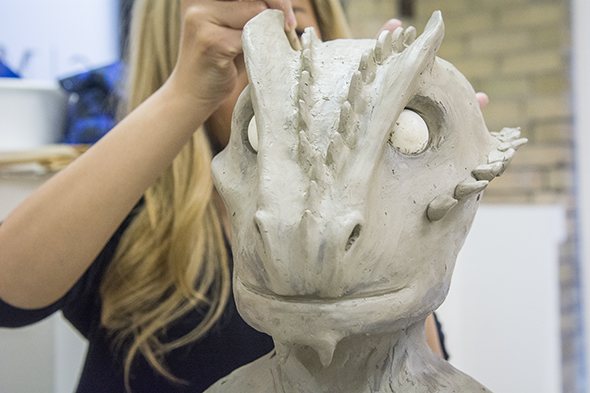 The students build a maquette to go off of, then start on their three-quarters life size construction of the head of their creature (or body if it's a smaller creature). This construction is what is used to make a mold, which they can then cast in plaster in order to make the final plastic or silicone model which is then painted and finished. 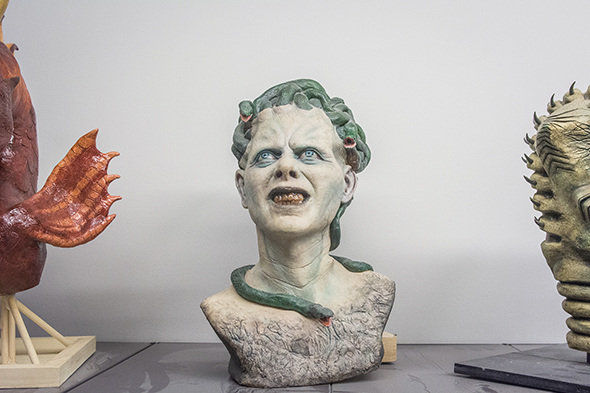 Students learn both the physical and digital components of the industry, receiving extensive training in a discombobulating but incredibly powerful program called ZBrush. While learning the program students go through a similar process to the physical sculpture component, starting with a sphere and ending with a full creature. 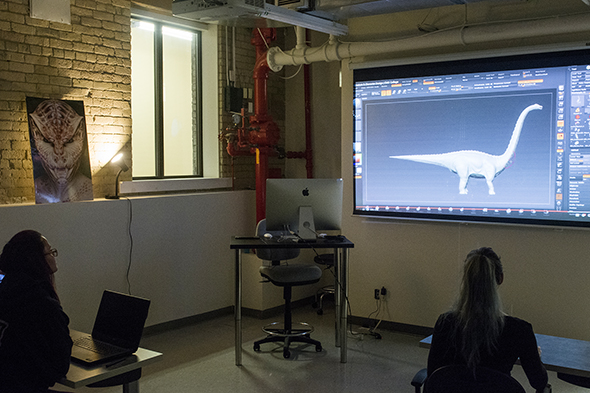 Graduate Tabitha Burtch, who herself has now obtained jobs working on projects like Antibirth and Backcountry, had to make sure all the muscles of her creation would function in the poses she had put him in, and create "alphas" or texture stamps for the skin. She couldn't find exactly what she wanted, so created her own texture using samples of silk, old peoples' skin and elephants' feet.

What does she suggest for your next Halloween? She says you can do a lot just by chiseling your face with makeup, and recommends a visit to the Kryolan makeup store. Try paling yourself out with makeup and wear all black and grey, and become a creepy haunted photograph from the 1800s! If there's anything I learned from my visit to this program, it's that creativity is key. 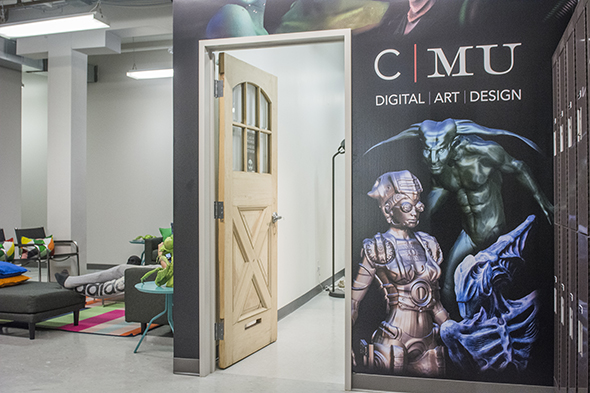