Toronto Fashion Week's fall 2016 brought us many an evening gown, jumpsuit and fur coat to gawk at. Some designers stuck to what they know and some took their pieces to avant-grade extremes, but - admittedly - most played it safe. Overall, I was pretty underwhelmed by this season's offerings, but there were definitely some gems that stuck out and reminded me why Canadian fashion is relevant.

Here are my picks for the top looks from Toronto Fashion Week Fall 2016.

UNTTLD
JosĂŠ Manuel St-Jacques and Simon BĂŠlanger of UNTTLD never disappoint. Always one of the more experimental designers on Toronto Fashion Week's roster, it's no surprise their opening look caught their show-goers' attention in a split second. Made entirely out of chain and a little bit of tulle, this glamorous number is undeniably stunning. 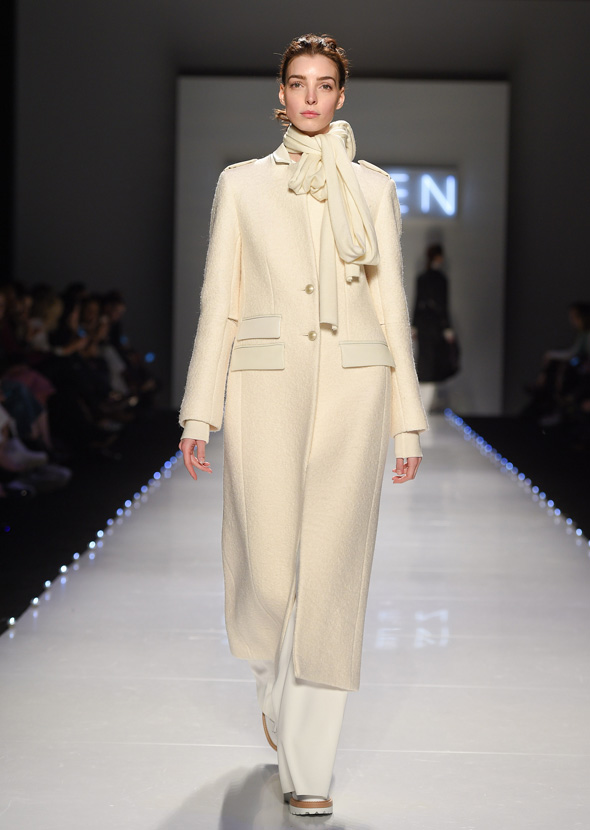 Sosken Studios x Marisa Minicucci
Womenswear designer Marisa Minicucci launched new outerwear label Sosken Studios with the intention of appealing to women of all ages. Her opening look - a head-to-toe, off-white outfit - featured a flawlessly tailored coat that I can somehow picture on both myself and my grandmother. 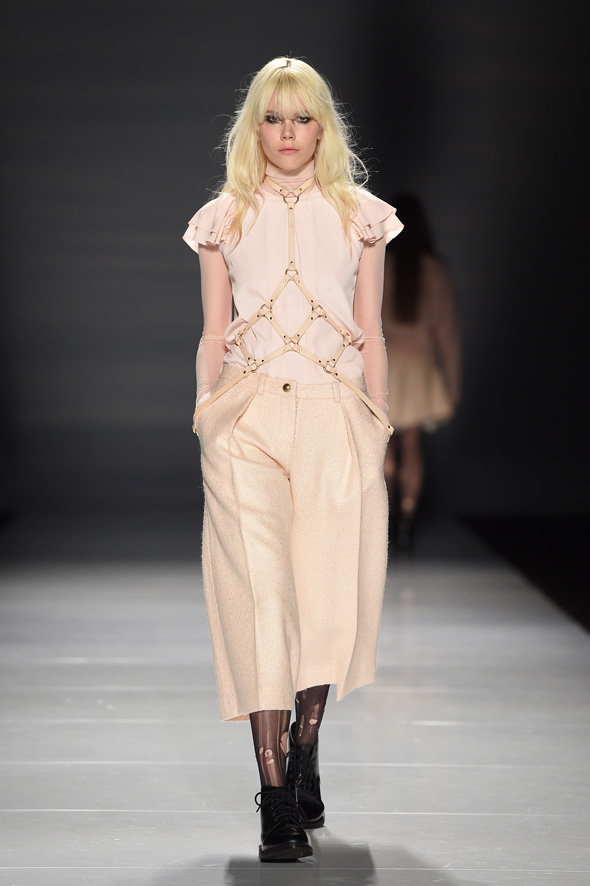 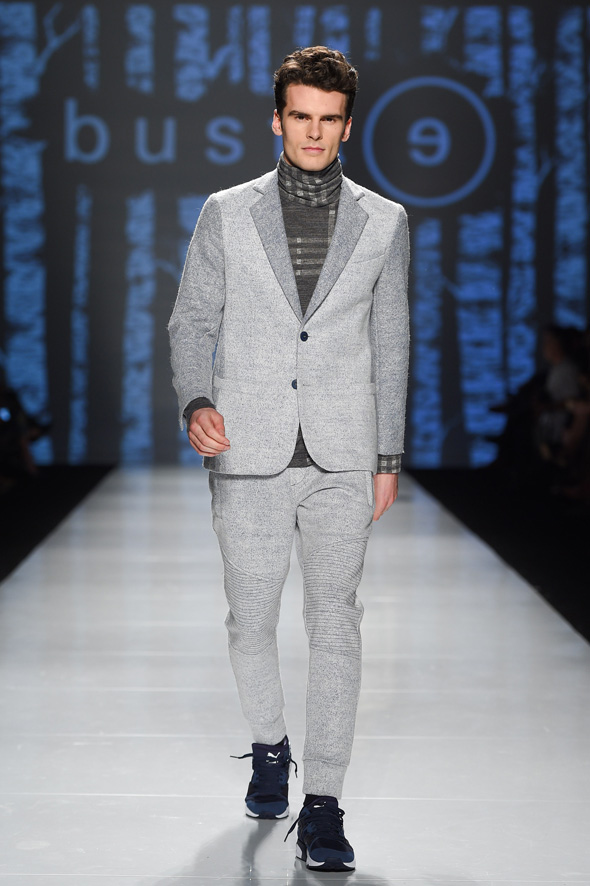 Bustle
It pains me to say that Toronto Fashion Week was lacking in menswear this season. However, Bustle had some A+ ensembles taking over the tents, like this sweatsuit (literally, sweats made into a suit) paired with a plaid turtleneck and trainers. 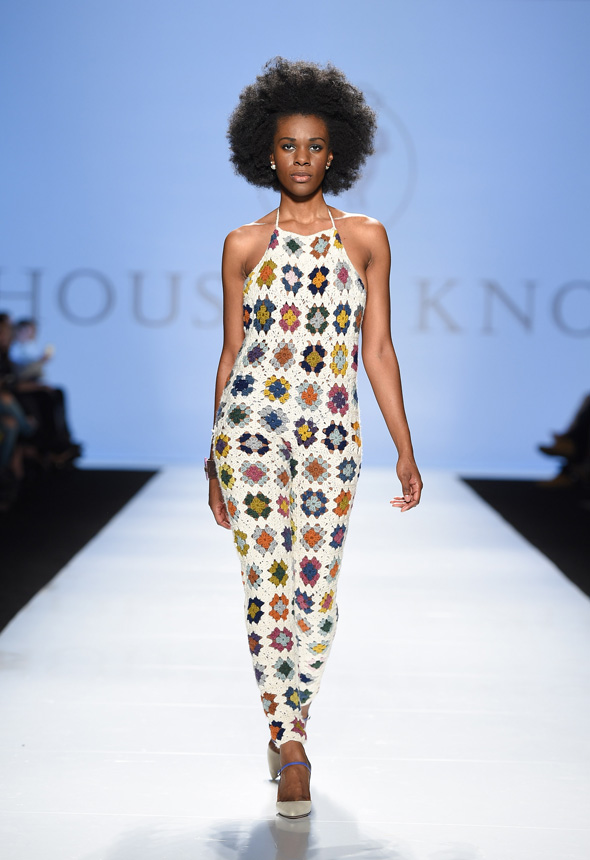 House of Knot
House of Knot, a new name in Toronto Fashion Week's rolodex, specializes in cutting-edge knitwear. My jaw dropped when I saw this jumpsuit walk across the length of the room, bringing the 70s back with all its intricate glory. 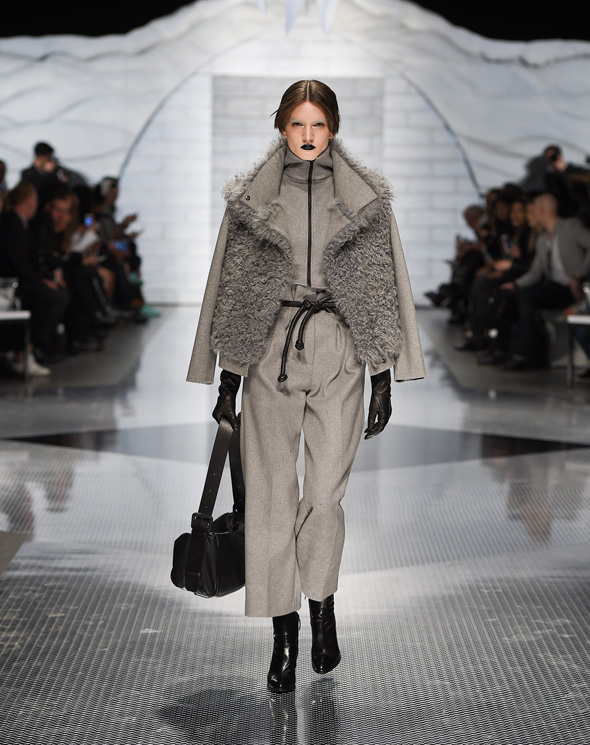 Mackage
As somebody whose entire wardrobe is colourless, my appreciation for this all-grey look is overwhelming. Mackage mixed textures and balanced silhouettes perfectly; topping it all off with frosted eyebrows only wins it bonus points. 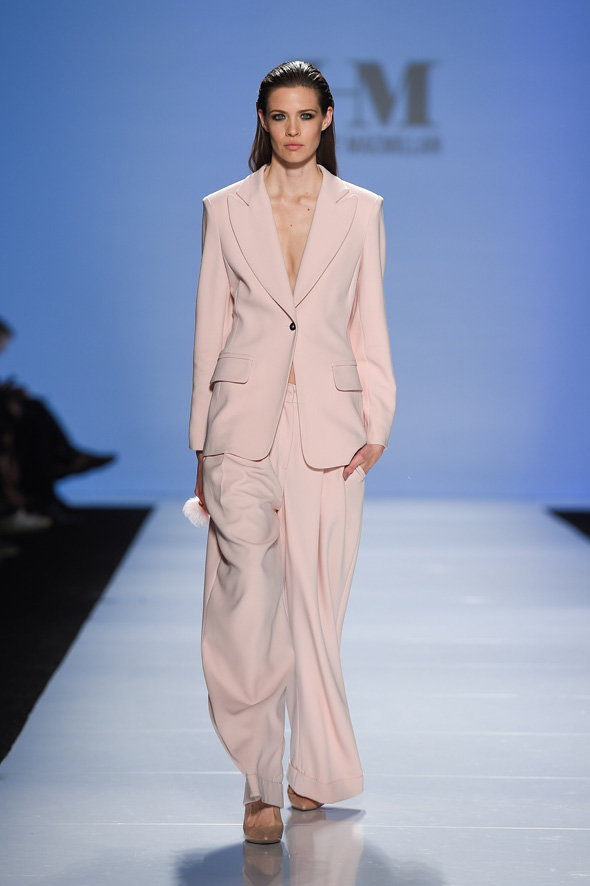 Hilary Macmillan
As one of the Pantone colours of the year, pink (erm, "rose quartz") was all over Hilary Macmillan's collection like white on rice. This particular suit stuck with me the most, as it's both tailored and draped; classic yet fun. 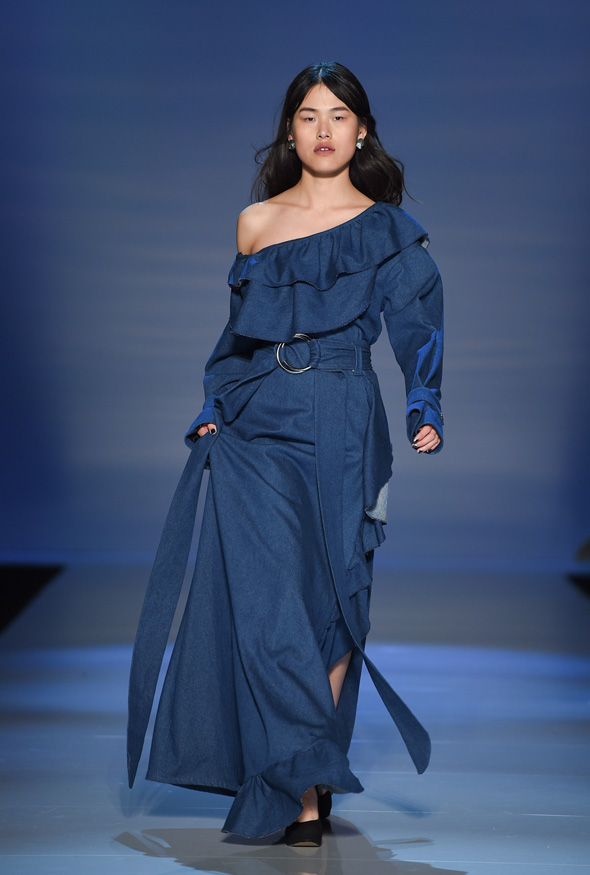 Sid Neigum
A crowd favourite, Sid Neigum consistently wows Toronto Fashion Week attendees with his dark, avant-garde aesthetic. What I love the most about his work is that it always looks more like a chiseled sculpture than a piece of fabric; the interesting textures in his opening look added yet another dimension. 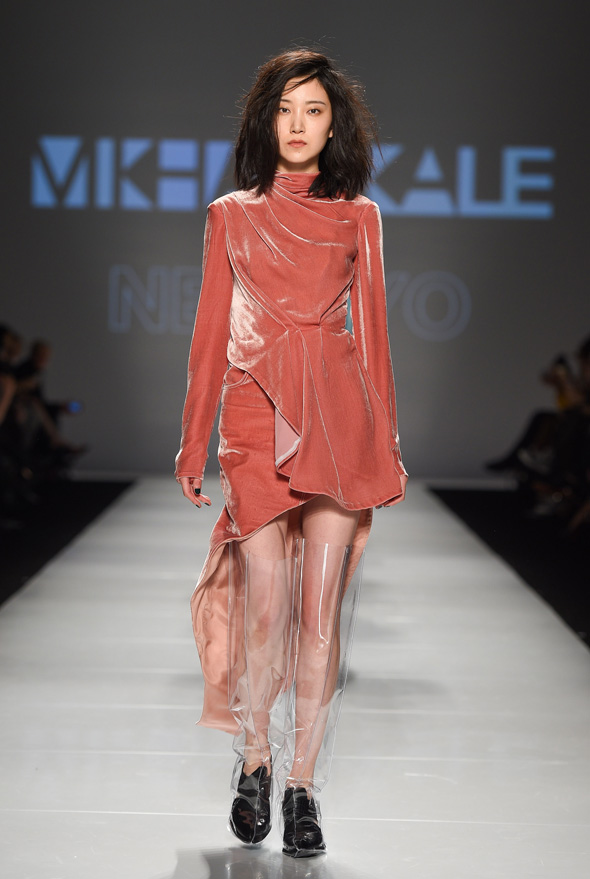 Mikhael Kale
Velvet and plastic are a bit of an odd combination, but Mikhael Kale always takes wacky elements and turns them into funky (but somehow wearable) pieces. He sent almost every model down the runway in clear legwarmers (?!?!) that especially complemented this draped, salmon pink dress.

What look do you like the best? Let us know in the comments.