The history of Beaver Canoe, from Algonquin to Target

As bargain hunters descend like locusts from above to pick over the bones of Target Canada, chances are they won't find any decent clothing items from the popular Beaver Canoe line left on the shelves. One of Target's very few smooth moves was landing exclusive rights to the brand from parent company Roots, making affordable shirts, sweaters and jackets which celebrated Canadiana and '80s nostalgia with equal relish. Many wear the logo: a stylized Beaver fashioned above a chunky font announcing BEAVER CANOE, Built by Omer Stringer. Few know the origin. 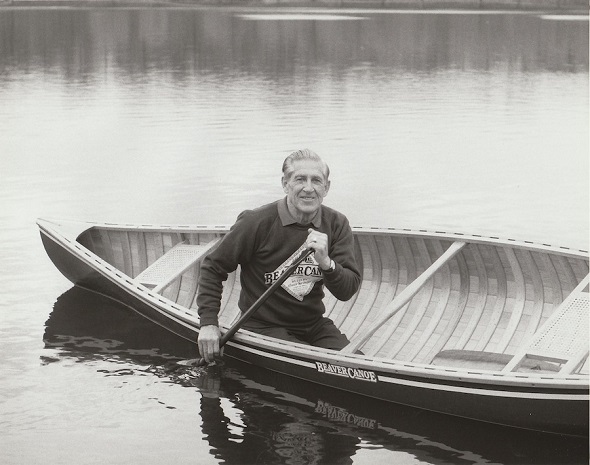 Omer Stringer was born on Canoe Lake in Algonquin Park in 1912 and over his busy lifetime quietly revolutionized the art and skill of canoeing (his famous line - "Canoes don't upset. People fall out of them"). In 1936, Omer and naturalist Lou Handler founded Camp Tamakwa in Algonquin Park.

Popular in lore from generations of campers from Toronto and across the world, Tamakwa also spawned the schmaltzy Hollywood film Indian Summer (1993), notable for a raft of early '90s cheese tempered only by Alan Arkin's uncanny channeling of the real life character he portrayed, "Unca" Lou Handler. 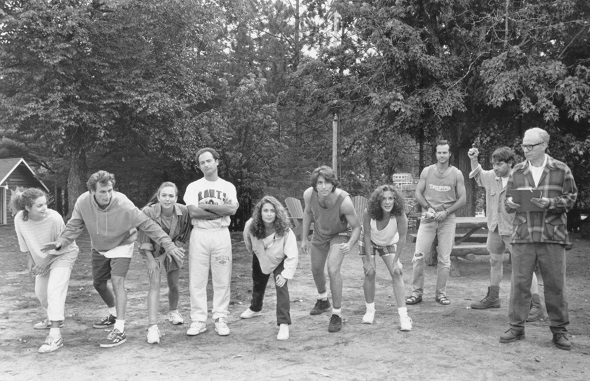 Famous for its alumni - The Tamakwa website lists a U.S. Senator, Congressman, federal judges, a NASA space shuttle astronaut, Evil Dead director Sam Raimi, Chevy Chase and the late Gilda Radner - Tamakwa has always enjoyed a cult like reverence and marked appreciation from those lucky enough to have attended and experienced that rare splendour of summertime in Algonquin Park. Omer Stringer served as Tamakwa's canoe instructor and guide, for decades casting a mythical impression over its campers. 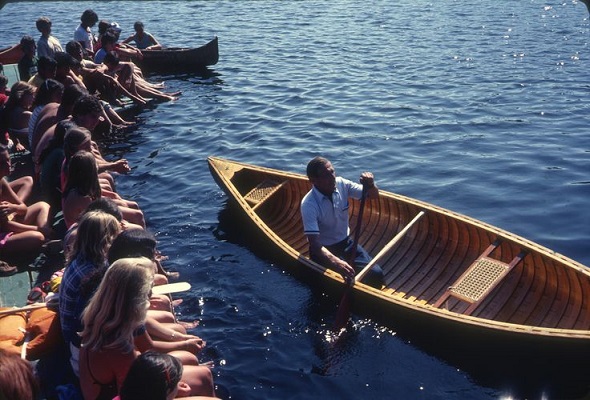 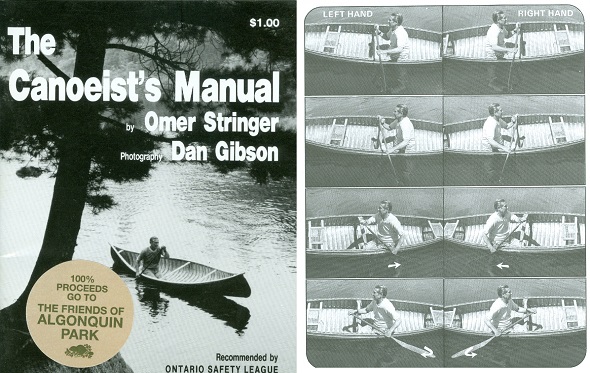 As canoeing increased in popularity across Canada, so did improper technique and preventable accidents. Together with the help of his close friend Dan Gibson, Omer Stringer became the face of canoe safety first with the release of the short film Paddle and Portage (1966), and its essential pocket-sized companion booklet "The Canoeist's Manual". Written by Stringer and featuring photography by Gibson, "The Canoeist's Manual" was for many years available only in Algonquin Park gift shops where it sold for $1, so all and sundry could easily afford to own a copy. It remains the definitive guide to canoeing.

Dan Gibson meanwhile had established himself the sonic maestro of natural, atmospheric sound recordings. First with his seminal Algonquin sourced LP Land of the Loon, and later with the globally distinguished Solitudes series, Gibson transfigured the art by innovating a specialized Parabolic microphone for field recordings. His early, ethereal Solitudes albums took the soothing sounds of Canadian nature into the homes of urban dwellers and created a cottage industry to serve the emerging and lucrative New Age market. 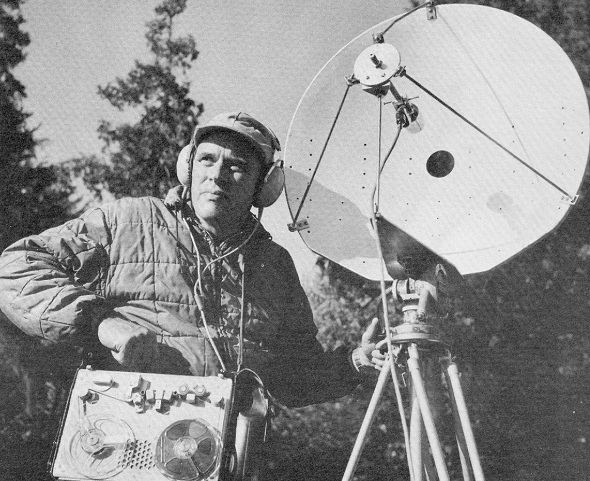 Sadly, Gibson's ground-breaking films and photographic work have not been as well celebrated or documented as his audio alchemy. His frankly bonkers nature based anti-alcohol films such as It Was A Good Day and The Curious Habits of Man remain pink and faded 16mm Eastman stock curios, while his sole feature film Wings in the Wilderness (1975), once a staple of Sunday afternoon Citytv matinees, has disappeared into the murky vortex of "lost" Canadian films.

Omer and Dan's Paddle and Portage was screened far and wide, in schools, churches, scout meetings, pretty much anyplace a workhorse Bell & Howell 16mm projector could be wheeled in to an enthralled audience. Such was the popularity of Paddle and Portage, it was expanded and remade in the 1970s as Paddle Out of Peril, funded by the Canadian National Sportsmen's Fund in association with the Wintario lottery.

Omer's son David Stringer, a popular TVOntario host who appeared in such illuminating educational series as The Half-A-Handy Hour and Not Another Science Show, created a third version of Paddle and Portage in the early '90s entitled The Canoeist's Video. David often hosted his father as a guest on The Half-A-Handy Hour, where Omer would brilliantly explain the lost art of everything from wood burning stoves to working with concrete.

As Omer neared retirement, he began to focus more time on his passion of building custom made Canoes, however his operation remained small and intimate. Enter perhaps Camp Tamakwa's most successful alum - Michael Budman and Don Green, founders of fabled Canadian clothier Roots. Legend has it that as kids at Tamakwa, Don and Michael had been fairly obsessed with Omer's unique style of dress, a mixture of rugged outdoor wear and chic but durable old-school garments obtained from woodsy suppliers in the wilderness. 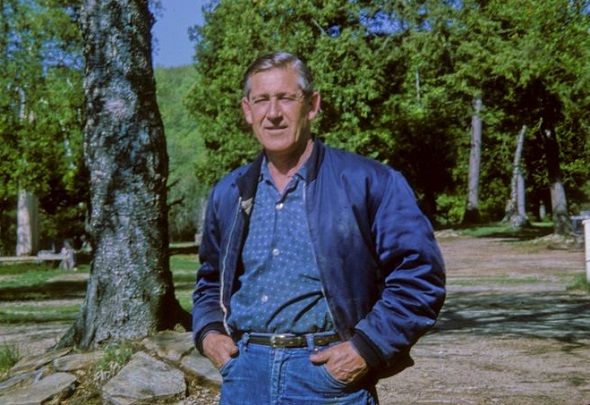 Starting out with a spin on Negative Heel Shoes, the company soon moved into leather jackets and belts, influenced no doubt by some of Omer's more eclectic duds. By 1976 Roots was firmly entrenched in the national consciousness, worn by the likes of Pierre Trudeau and Paul McCartney, and famously described by People magazine as "the Gucci of the granola set". 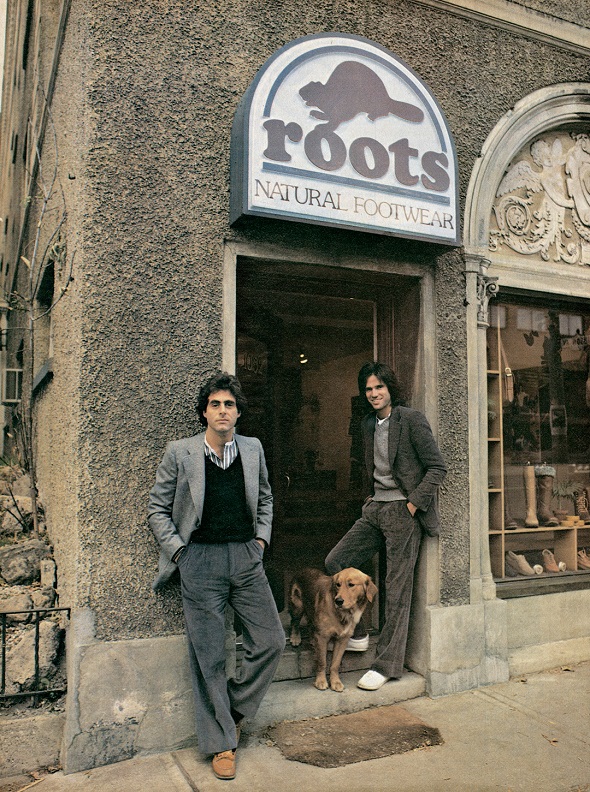 Feeling an enormous debt of gratitude was owed to the man, Green and Budman offered to help finance Stringer's burgeoning Canoe manufacturing company, which Omer had christened Beaver Canoe. It appeared to be a win-win: Omer would pursue his interest mostly free of financial constraint, Tamakwa would receive first-class canoes fresh off the line, and Roots would expand its footprint while further legitimizing its treasured Algonquin Park heritage.

In 1981, Green and Budman suggested expanding the brand to include shirts and sweaters featuring Beaver Canoe's timeless logo ("One of the greatest logos ever created", according to Budman). By 1983, Root's involvement in canoe production ceased but they took full control of the brand, which enjoyed a successful decade or so before being retired amid the glut of '90s faux camp ware outfits like Northern Reflections and Cotton Ginny. Sadly, Omer Stringer passed away in 1988.

In 2012, to mark the 30th Anniversary of Beaver Canoe's inception, Roots released a commemorative line available in all of their outlets, including post cards of Omer, reproductions of Beaver Canoe paddles and a re-printed version of "The Canoeist's Manual" (still priced to move at $1). Fans of Beaver Canoe flocked to the resurrected brand, after having spent over a decade fruitlessly searching thrift stores to find the originals.

Many Roots locations sold out initially and once again the streets of Toronto (and the rest of Canada) were awash in those eye-catching ubiquitous red and green hoodies sporting that instantly recognizable logo. The immediate popularity signalled to Roots a sustainable appetite beyond the anniversary, certainly evidenced by the interest online via the Beaver Canoe Facebook page and Twitter account. 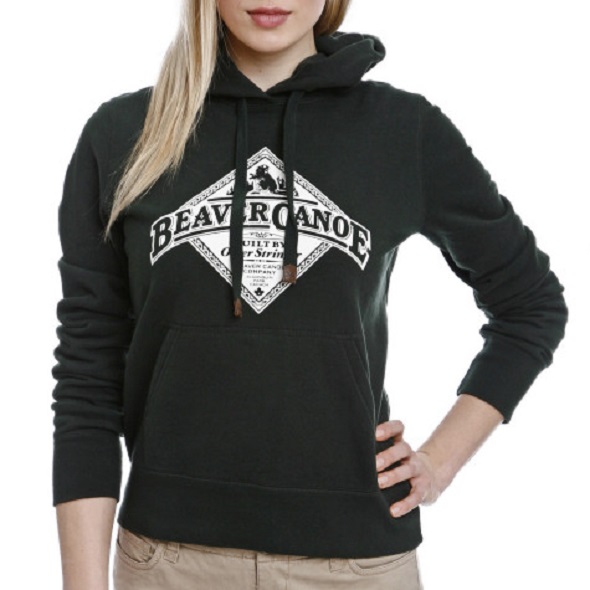 Just over a year later, Roots announced that it was granting exclusivity of the Beaver Canoe line to Target Canada, as well as expanding it to a "home collection of more than 65 pieces, including furniture, pillows, lighting, frames, vases and candles" designed by Roots' visionary Diane Bald. An initial partnership which saw the Roots Outfitters collection help Target "settle" into their new found Canadian home and provide some grist for their maple flavoured PR mill was followed up with a bountiful Beaver Canoe deal.

While there was something magical about the ease at which shoppers could acquire that once elusive Beaver Canoe gear - jogging pants, sweaters, T-shirts, jackets, toques, mittens and those unforgettable hoodies - Target's inability to meet demand often meant empty shelves. No sooner had a weekly flyer gone out advertising a new Beaver Canoe item then disappointed customers appeared online bemoaning the fact their local Target did not have any left. Good luck finding anything in the liquidation sale. 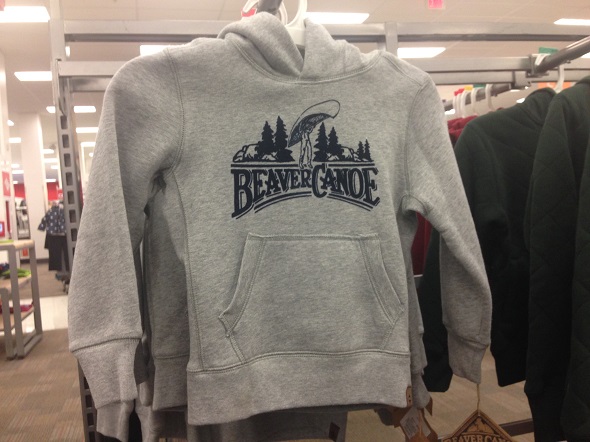 Now that Target Canada has fizzled, what happens to Beaver Canoe? Asked for comment, Michael Budman offered up a very hopeful note: "We're looking at all of our options, but let me tell you that Beaver Canoe is alive and well and living in Algonquin Park right now. The market place loves the brand, and having Omer Stringer's legacy live on is really important to [Root's co-founder] Don and I". 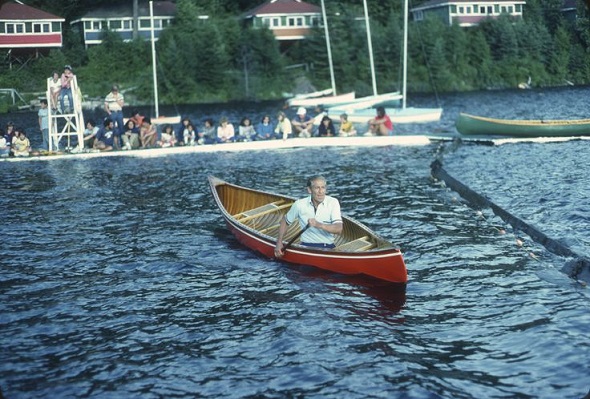 On the shoulders of the incredible work undertaken by the likes of Dan Gibson, the indomitable Omer Stringer and his family, generations of Tamakwans, Budman, Green and the Roots organization, not to mention the majesty of the Algonquin legacy from which it all emerged, we can't wait to see what's next for Beaver Canoe.