What's going on in the Castlefield Design District?

When the Metrick family moved their Elte furniture business just north of Eglinton and Dufferin 25 years ago, "there wasn't really a lot around," Andrew Metrick says.

Today, the Castlefield Design District is a bona fide shopping destination for everything from kitchen and bath fixtures to floors to furniture. So, naturally, when it came time for Metrick and his brother Jamie to launch their new condo-furniture concept store, Elte Market, they opted to set up shop just around the corner from the original store.

"For the most part, we've been a destination store in Toronto for a large number of years, but in the past few years, it's been really great to see," says Metrick. "We've been encouraging people to come up here - great for this part of the city, great for us."

As Castlefield mainstays like Ginger's continue to thrive, a crop of new stores have popped up in the area. In addition to the cheap-and-cheerful Elte Market, the Art Shoppe recently moved in from Yonge and Eglinton, GE is setting up a showroom for their Monogram line, and Miami-based Modani chose the area as the first spot for their Canadian expansion. 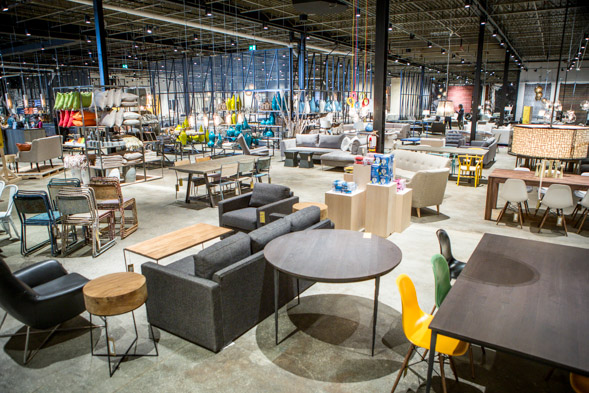 Bonus proof that the area's on the rise: a Starbucks just popped up at Dufferin and Castlefield. "That's what happened in the Junction. We had a Starbucks show up, and it was like, we made it! We made it!" jokes Phil Freire of Metropolis Living, a recent transplant into the neighbourhood.

Freire chose the Castlefield after their former Junction home went up for sale last fall; he'd spent some time in the area at the now-shuttered HorseFeathers Home, and was attracted by the recent burst in development.

"Everything in this area is kind of riding the coattails from Elte," he says, adding the store served as an anchoring draw for shoppers to the neighbourhood. "They put a lot of marketing money out there. So the smaller guys like me - when I was in Junction, no one advertised down there.

"So it's a really hard push down there, where up here there's a lot of money being spent. It's a true destination." 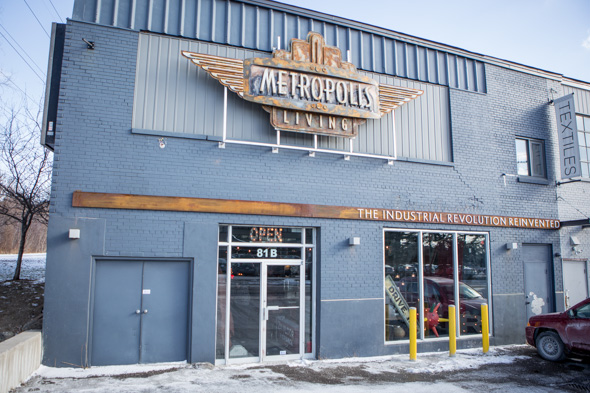 It may go without saying that the northern area is a draw for businesses looking to escape downtown rents - an especially appealing factor for furniture and home renovation businesses, who require spacious showrooms.

Modani representative Monica Diaz says the company targets shopping-friendly locations when scouting out new cities. While Diaz acknowledges that their location on Castlefield is far from downtown and subject to competition from the other stores in the area, the access to space was key.

"In order for them to have the inventory available for the people that they're (selling) to, they really focus on having inventory where it's really available. You can't get that in downtown Toronto." She adds the company is looking at expanding into smaller pop-up spaces downtown as they get established in Canada. 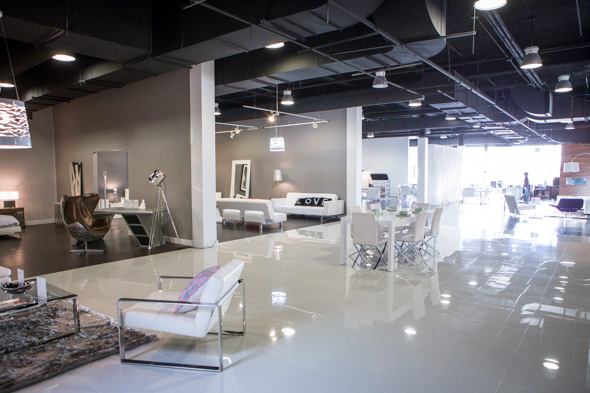 Others don't see the plethora of stores in the area as competition - since a trip to the Castlefield generally calls for a car (to zip between stores and lug home purchases) and a full day's worth of browsing, both Metrick and Freire say additional stores make the area a more worthwhile trip for shoppers.

The move has been a boon for Freire, whose occasionally-kitschy, industrial-chic vintage pieces are unique within the generally contemporary Castlefield area. "I'm getting a lot of 'wow, this is the best store I've ever seen'," he says. "I look at myself as bringing downtown uptown."

Though it's not the city's most accessible shopping destination for the vehicle-free, Metrick points out that the Castlefield area is pretty close to smack-dab in the centre of what makes up the city of Toronto.

"It's important to remember, Toronto is a unique city," he says. "It's not New York, it's not Chicago. It's a driving city. It's got these different pockets and areas, whether (they're filled with) restaurants or clothing stores. This area is a place you come to not just to pick up something and go. It's a place where you can really spend a day."