The top 10 looks from the TFI new designer showdown

The Toronto Fashion Incubator swept four of its most promising young designers onto the runway this week as part of the group's annual New Labels competition. Toronto-based Christopher Paunil, Laura Siegel (a Fashion Week veteran), Nomad of the Sun and AliceAzur each showed their best, most carefully-honed pieces before a panel of judges and a room of fashion insiders. The prize: $25,000 in cash, an editorial in FLARE Magazine, and a professionally-produced lookbook.

Who came out on top? That would be AliceAzur's Miriam Baker, a recent Ryerson grad, who was met with a huge hug from her visibly-moved folks at the end of the runway after accepting her prize. (Aww.) But the competition was stiff; prize or no, you'll be seeing more of the runners-up yet.

ABOVE: Nomad Of The Sun's Ashley Boutcher focuses on swimwear tailor-made for lounging glamorously by the poolside. Her geometric suits were often layered under flowing chiffon - in this case, black sheer trousers and a plunging-front swimsuit made for '70s-style glamour. 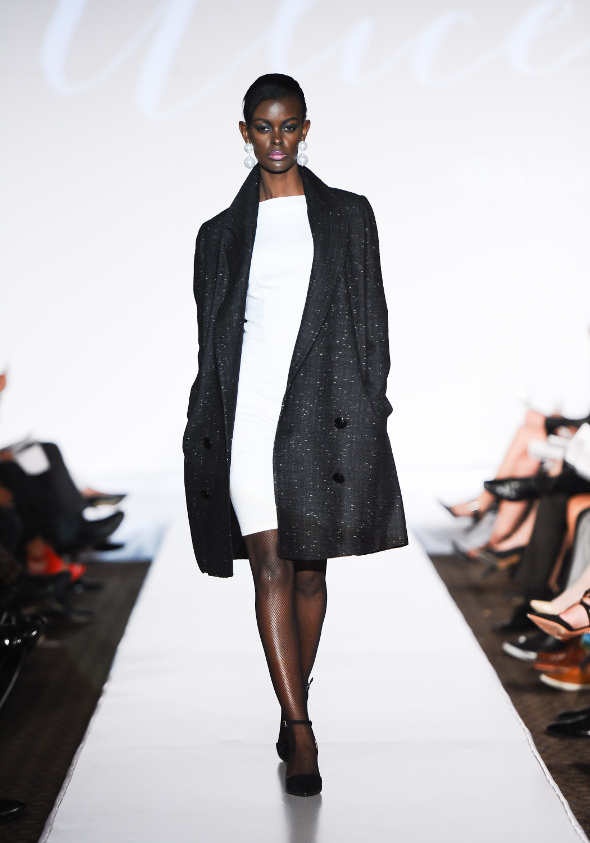 Part of Baker's winning formula was her ability to dress bustier women; AliceAzur is designed to fit women with a D-cup bust or larger. This flowing, minimal jersey-and-tweed look made all that careful tailoring look effortless. 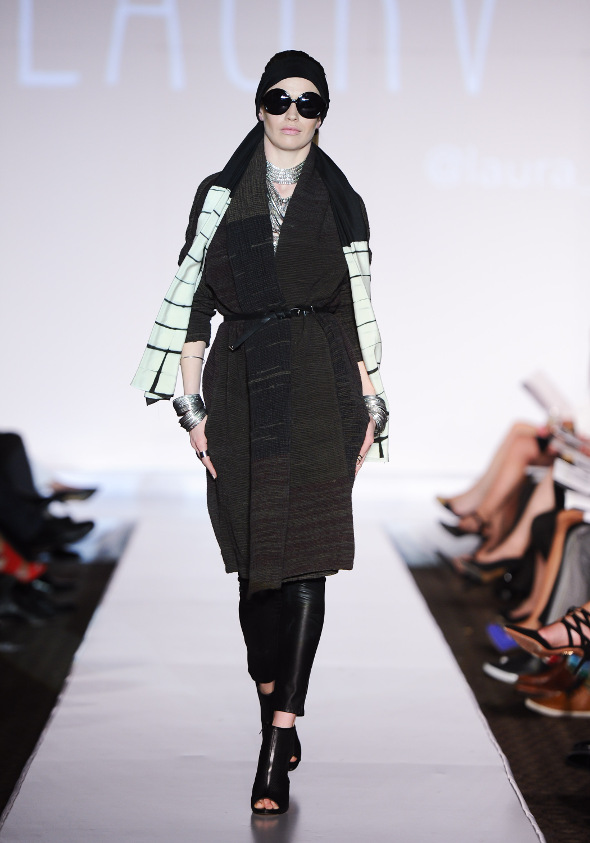 Laura Siegel's fall/winter 2014 collection slayed at Fashion Week, and her bohemian pieces - rendered in dark, desaturated green and sea blue - were given new life on the TFI runway with some slick styling. Siegel's oversized coat - the perfect armour against a gloomy day in the city - is woven from recycled saris and dyed with cocoa. 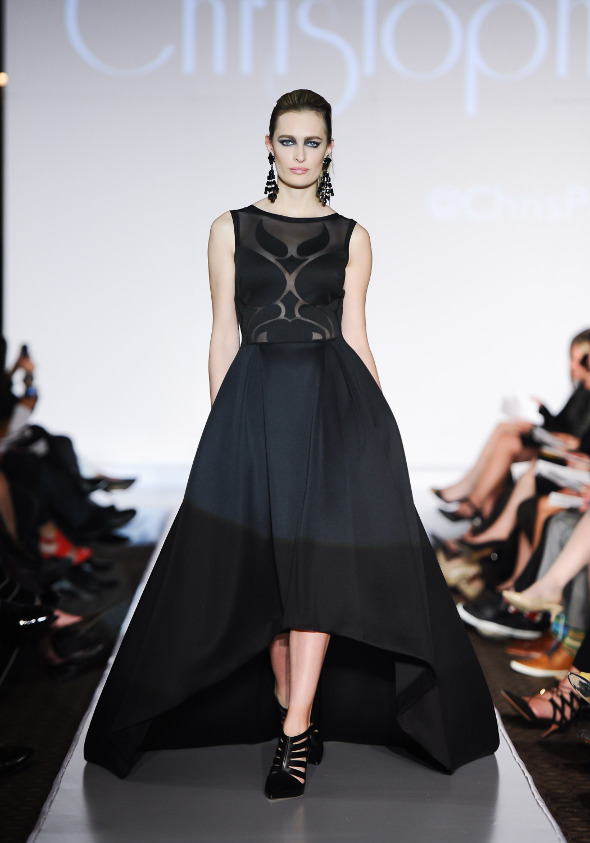 When Christopher Paunil's first look - this showstopping black gown - swept onto the runway, more than a few folks in the audience were already envisioning a victory. (Their bridal collection is being carried at the new Kleinfeld store - maybe we'll be seeing a white version in stores?) 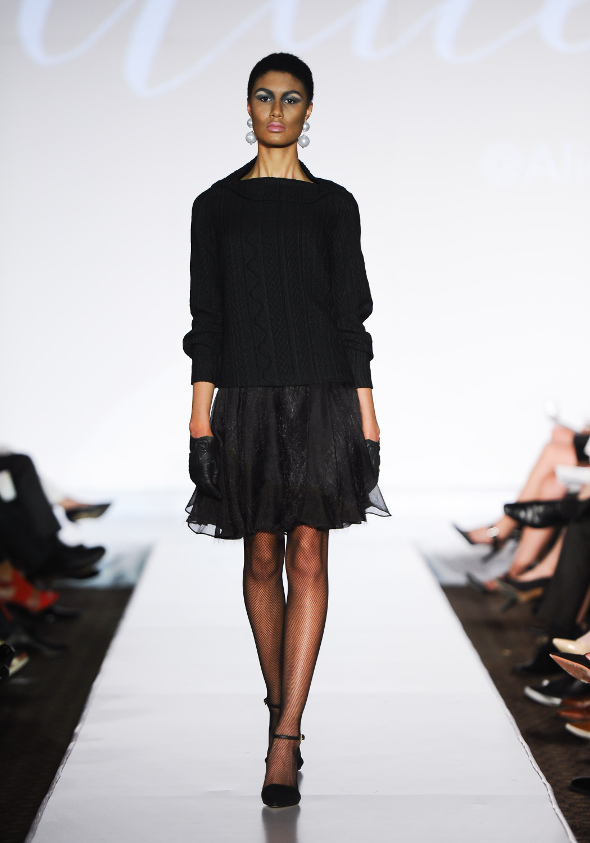 She showed some more outlandish looks, including A-line eyelet gowns topped off with feathered chokers - but AliceAzur's cable-knit sweater and floaty organza circle skirt, while relatively understated, was the epitome of ladylike Tippi Hedren chic (killer birds not included). 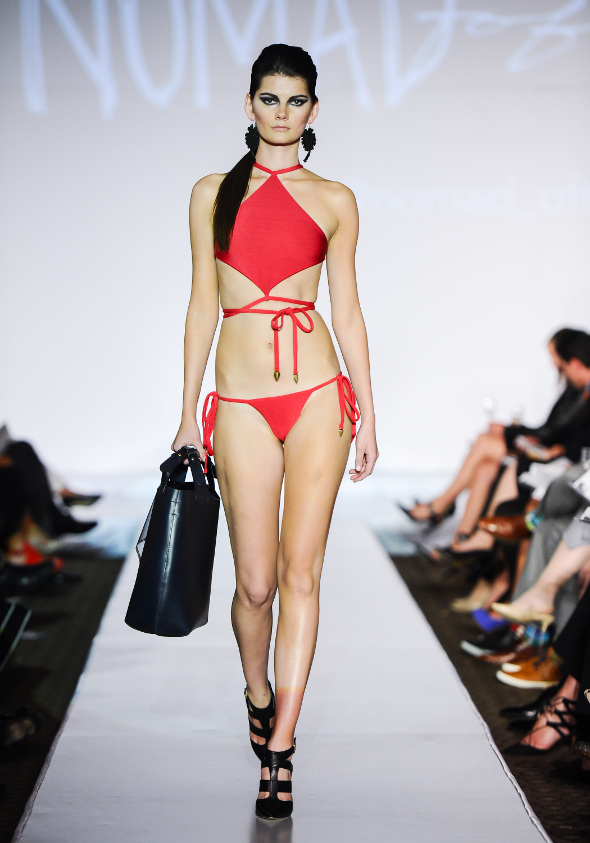 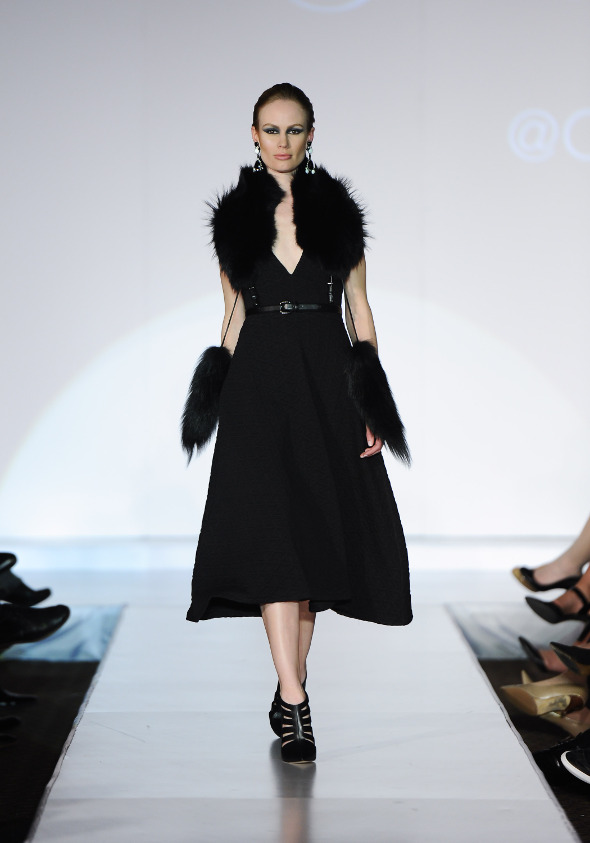 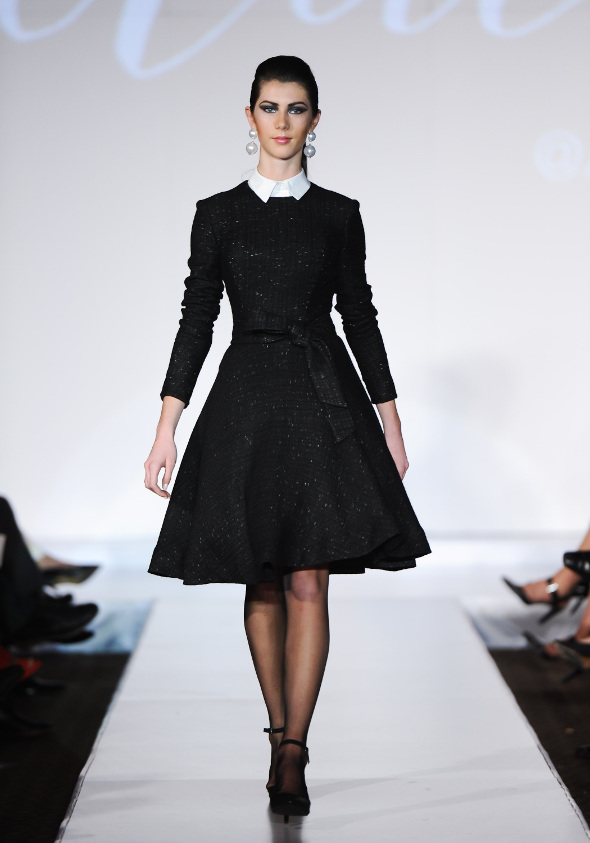 About that tailoring at AliceAzur: The girlishness of this Wednesday Addams-style tweed dress is nicely subverted by the razor-sharp cut. Baker may have just out-Pink-Tartaned Pink Tartan. 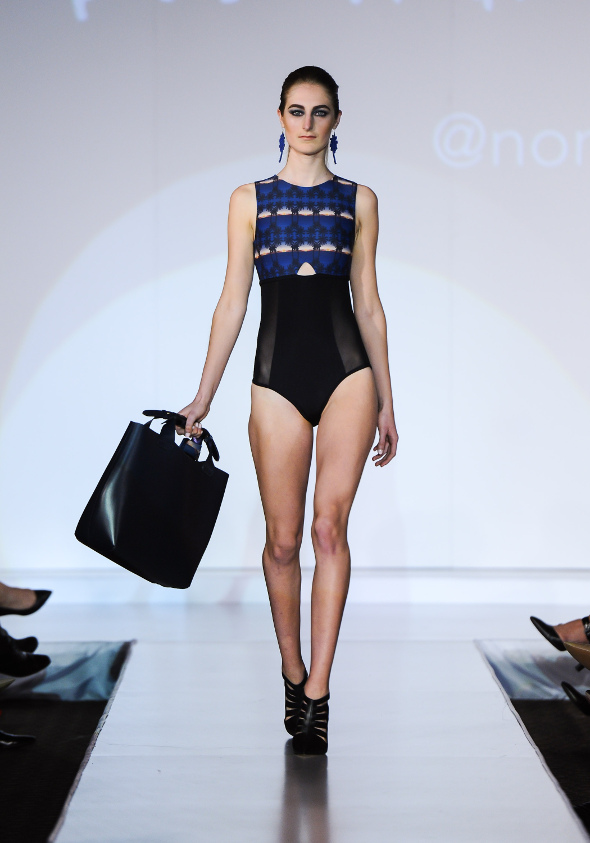 Amid the strappy, wrappy, high-waisted suits on the Nomad Of The Sun runway, Boucher sent out a seemingly-demure blocked, panelled one-piece sexed up with mesh side inserts and a tiny cutout. It's flattering and fashion-forward - in short, it could make even your average non-model look fierce come beach season. 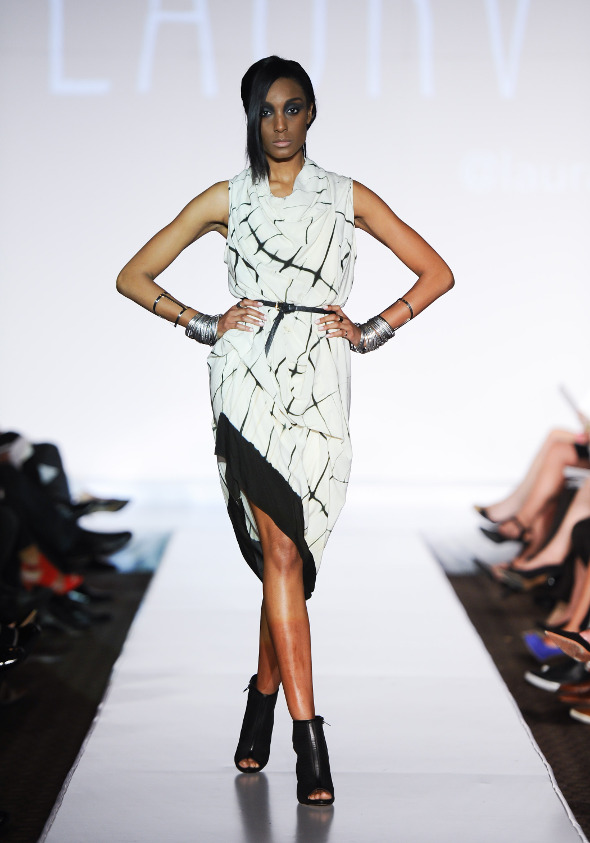 Laura Siegel's hand-dyed grid-print silk was a favourite motif of mine in her fall/winter collection; here, it's used to full, graphic effect. Siegel's pieces are made in collaboration with artisans from Asia and South America, but even the most modern of dressers would fall for the sharp print and draped silhouette.