Toronto Design Offsite Festival (TO DO) takes over design shops and galleries around the city this week with a jam-packed roster of design-focused exhibitions, discussions, and events that explore the current trends and future predictions for the industry. Though it's especially geared towards local and national designers and trends, this year's festival has also attracted some phenomenal international artists to the city to display their wares.

Closely associated with the Gladstone Hotel's Come Up to My Room exhibition, TO DO similarly seeks out the most artistically ambitious and theoretically engaged creative minds to present their recent work and ideas. As well as highlighting the objects themselves, this year's festival also particularly highlights the ways in they are assembled and curated, and the recursive effect this process can have on the items themselves.

In its third year, TO DO is celebrating a lot of firsts for its 2013 edition. The biggest new addition was its opening weekend party in the Junction, which revealed to the world the area's booming creative output. Also added this year are the first TO DO Awards, which celebrate the festival's bests in show and allow the public able to vote for the three of the prizes. Appropriately, winners will be awarded with iconic Herman Miller design objects to help furnish what I'm sure are immaculate modernist condos.

There's a lot going on, so here are ten must-see events and shows to help simplify your festival experience.

FULL CIRCLE / Thu, Nov 15, 2012 - Sat, Mar 16, 2013 / WORKshop Inc.
Taking their inspiration from the circle, which as the show's summary states, can be "Mathematical equation, cosmological realm, simple shape, symbol, metaphor, [or] transitive verb" this group show of internationally-recognized designers and artists presents some incredibly diverse approaches to the concept. Particular standouts are Carol Moukheiber and Christos Marcopoulos' "D Stock," which repurposes unused clothing from high-end fashion designers in a beautiful fusion of East and West, and Andrei Zerebecky and Lukasz Kos' "Urban Rugs," which depict a bird's-eye view of major cities lain out on area rugs. 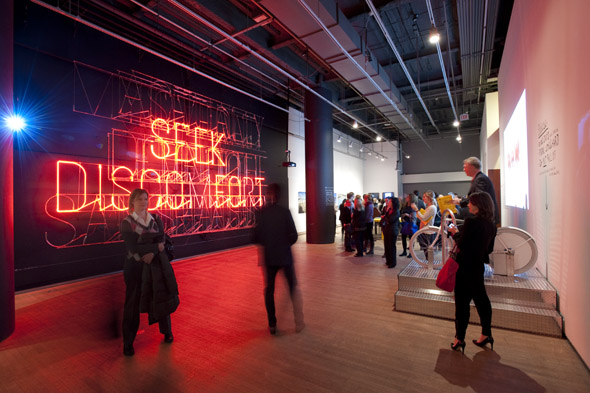 The Happy Show / Wed, Jan 09, 2013 - Sun, Mar 03, 2013 / Design Exchange
Ten years in the making, Graphic Designer Stefan Sagmeister's exploration of the constant search for happiness is a thought-provoking and fun installation that is sure to make you grin. Tickets run a little steep at $15, but such ambitious exhibits don't come around too often. Catch it before the show heads to museums in Los Angeles, Chicago, and Paris, and New York City." Read our full review here. 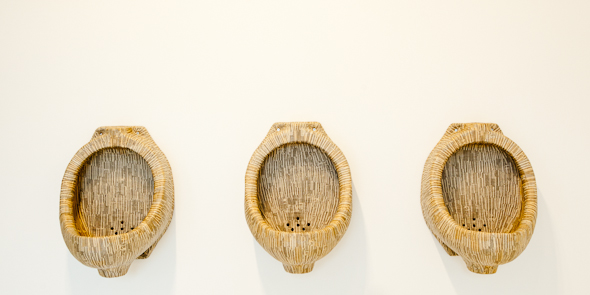 By the Dozen: Part II of Local Call - Junction Neighbours / Wed, Jan 16, 2013 - Sun, Feb 17, 2013 / Telephone Booth Gallery
Featuring some of the Junction area's most famous artists, this group show celebrates the burgeoning neighbourhood and its artistic output. Named after the Baker's Dozen coffee shop and including work by such major talents as Anders Oinonen, Luke Painter, and Daniel Hutchinson, the show is a fabulous indication of the creative wealth inside this "small-town community within the city." 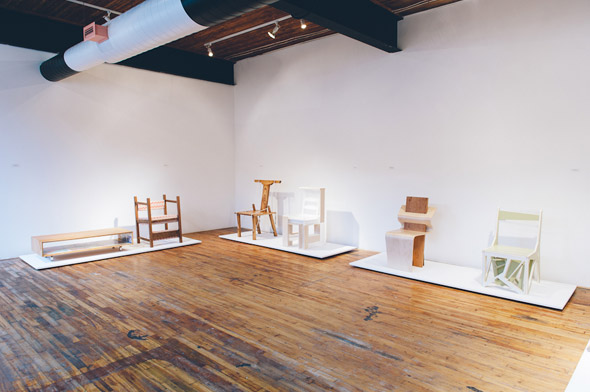 TABLES, CHAIRS, & OTHER UNRELATED OBJECTS / Wed, Jan 16, 2013 - Sat, Feb 09, 2013 / OCAD Student Gallery
Those wacky OCAD students are at it again. In this group exhibition, students within the furniture program explore "furniture as a medium of personal expression, as a reflection of social and cultural etiquette, and as an influence upon human activity" by inverting our commonly held notions surrounding its construction, materials, and even functionality. The show is an innovative and exciting physical manifestation of a theoretical dialogue and a great representation of the fine line between fine art and design. 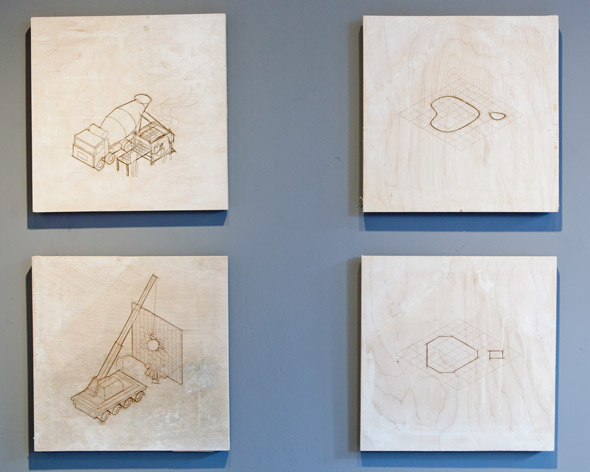 Out of Quarantine - Tumbling Ash ... New Growth / Sat, Jan 19, 2013 - Sun, Feb 17, 2013 / ARTiculations
In an attempt to illuminate the devastating effects the imported Emerald Ash Borer beetle is having on Toronto's trees, local design duo Brothers Dressler have created a sprawling light installation out of ash wood branches and "buds" of glowing bulbs. "Tumbling Ash" is the latest addition to the team's "Ash Out of Quaratine" project, in which "fragments of our city's missing canopy will be salvaged to create different ideas and objects to inspire creativity and awareness."

Design Walk-in Pop Up / Mon, Jan 21, 2013 - Fri, Jan 25, 2013 / Centre for Social Innovation
A drop-in clinic intended to "improve your design health," this pop-up exercise at the Centre for Social Innovation will provide businesses and individuals with the tools to address their design needs. Whether you need help designing your kitchen or your condo development, this completely free clinic will refer to you to specialists who can address your needs during the appointment, or else refer you to their trusted network of design specialists. Did I mention it's free? 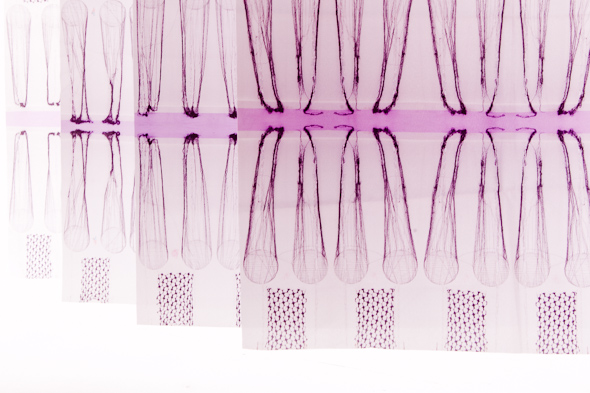 Workplace Affairs / Sat, Jan 19, 2013 - Sun, Jan 27, 2013 / East of Keele
Workplace Affairs is "an exploration of the relationship of space to the creative process," examining the effects an artist's workspace can have on their creative output. Featuring the work and workplaces of Melissa Fisher, Patrick Svilans, Joy Charbonneau, Lizz Aston, Patrick Yeung, Clayton McMaster and Jyhling Lee, the show is an intriguing look at the creative reverb between the product and the methods of production.

Trade School Toronto / Mon, Jan 21, 2013 - Sat, Jan 26, 2013 / Graven Feather/ Workshop
Still paying off that holiday Visa balance? Not to worry, Trade School Toronto is now back for its second season as part of TO DO. Allowing their students a chance to pay for classes via the barter system, the school's volunteer teachers offer their expertise in exchange for food, supplies, or other services. And with classes ranging from "the Evolution of Media" to "Duct Tape Creations," there's sure to be something for every interest. Just be forewarned: each teacher provides a wish list of items or services they require, so unless they specify, they probably won't accept your old fitness equipment or that tattered copy of the Da Vinci Code.