With IDS12 less than a week away, designers Mark Tholen and Krista Clark, along with a whole troop of students from OCAD U, have been holed up in an old warehouse on Ossington Avenue putting together the installation that will greet visitors at the entrance to the Metro Toronto Convention Centre starting on January 26th. An elaborate production, the designers are working with 18 kilometers of felt that will ultimately be formed into a sculpture titled "Strip Tease."

Under the leadership of architect Roland Rom Colthoff, RAW Design has been at work on the concept since October, over which time a few curveballs have been thrown its way. The designers had originally wanted to use string, but due to problems sourcing the sheer amount needed for the installation, they decided that felt might be a better option. That's when Tholen entered the story. He was contacted by RAW because he's known as an expert with the material. He then used his contacts in the industry to get a hold of a whole hell of a lot of leftover felt pieces from the Brand Felt of Canada factory in Etobicoke.

When assembled, the installation will also incorporate an interactive component that will enable visitors to manipulate its shape with digital technology. Talk about ambitious. Although it was admittedly difficult to get a sense of what all this felt is going to look like when it's coordinated and hung, given the amount of material that's been bagged up for the trip down to the convention centre, it's a good bet that the scale of the exhibit will be "grand," to say the least. 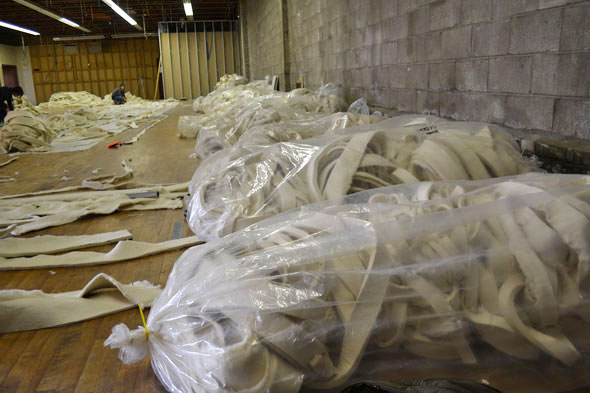 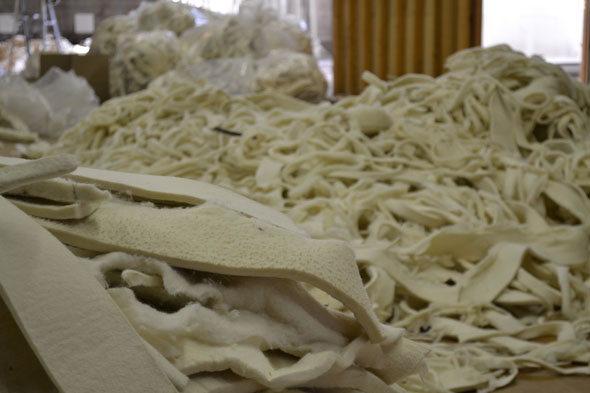 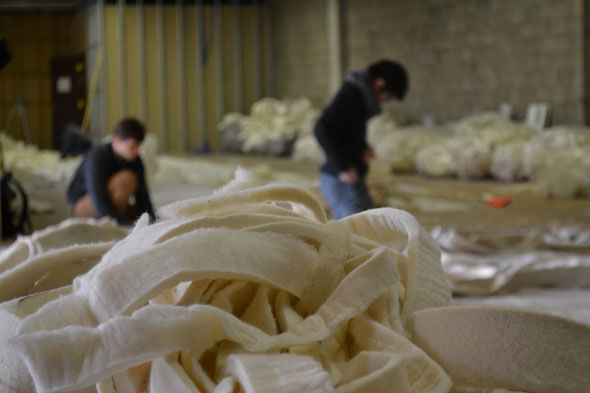 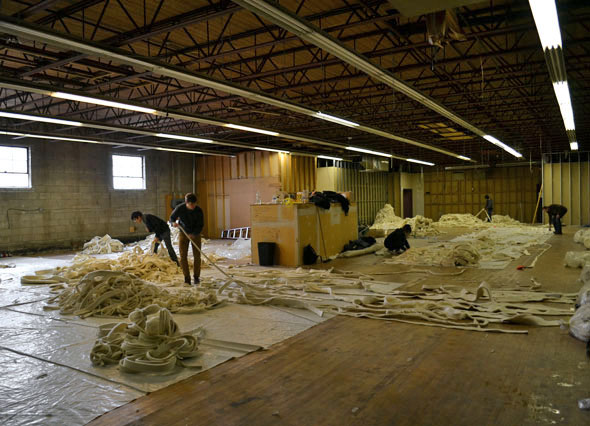 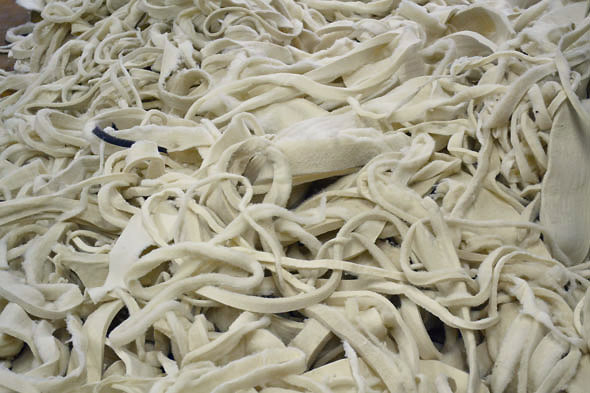 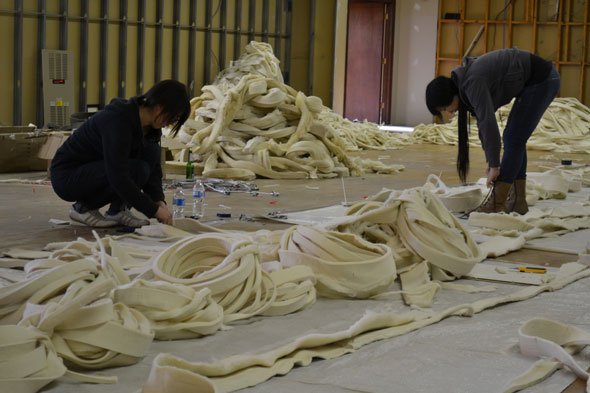 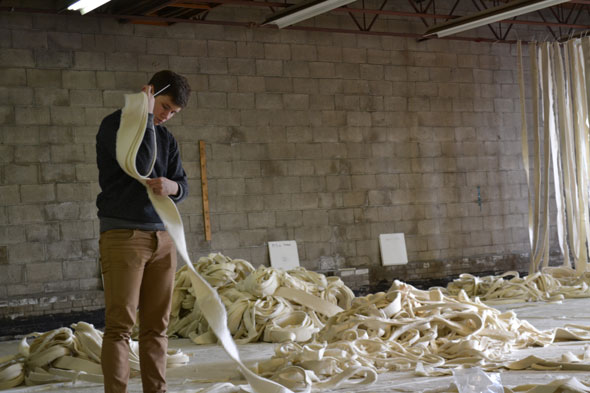