When the going gets stale, the designers go abroad. There's no one reason why local fashion talents migrate to Europe (or anywhere, really); it can be a matter of exposure, a question of experience, or the expense of being a starving/struggling/aspiring artist. For some, it's a rite of passage, navigating a new industry and carving out a place in a town that hasn't documented your every move. For others, it's simply a matter of where-am-I-going-if-I-stay-here thinking.

So - with much buzz and anticipation and curiosity -The ShOws debuted yesterday, Toronto's newest rogue fashion week-esque event that sees expat designers returning home for a victory lap - with their spring/summer 2012 collections in tow. 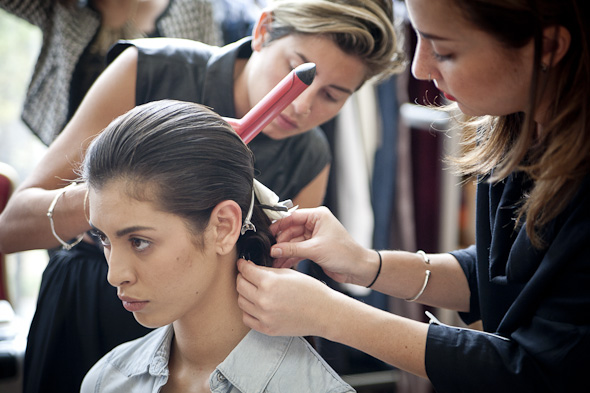 But what's probably more interesting than the shows themselves is the reason behind The ShOws (formally written with an unnecessary uppercase 'O', see: CanadaCool). Conceived by event veteran Paola Fullerton (Inc.), The ShOws are meant to start a tradition of promoting great Canadian talent, regardless of their history with the official fashion week schedule.

Fullerton says she got the idea after organizing a similar show last season (with the same name) at the still-unfinished Trump Tower. Although last season's installment was less official - a test drive, so to speak - and not big-brand sponsored, it still created a dent in the lead-up to LG with an all-male, all-stellar cast of Mikhael Kale, Mark Fast and, perhaps the best part of the whole thing, the triumphant return of Arthur Mendonca (who, one season later, made the jump back to LG). 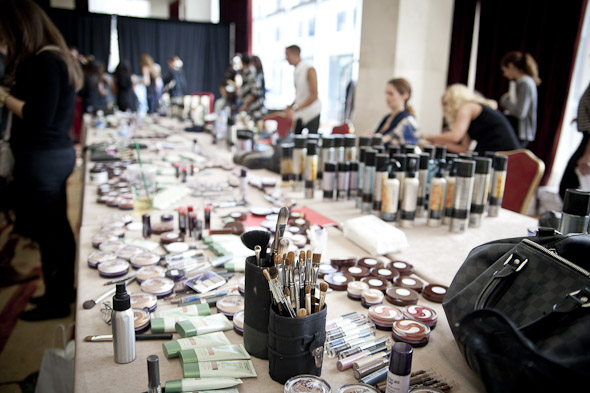 This time around, Fullerton secured bigger names - both designers and sponsors, notably big wigs in beauty Proctor & Gamble - for the official launch. "[P&G] came to the first show we did at the Trump," says Fullerton, in between designer sets. "They got it. They loved it; there's integrity and substance, and the idea of not having designers pay over-the-top for things."

And that's the "wow" factor here, if you will: participating designers are sponsored to come back to Toronto to showcase their work and to produce a show that otherwise wouldn't be financially possible for them. There's no registration fee, which can reach triple-zeros for LGFW, and the focus is on the clothing; show the industry your work, meet the press - no Peroni, no public tickets, no headache-inducing hoopla. 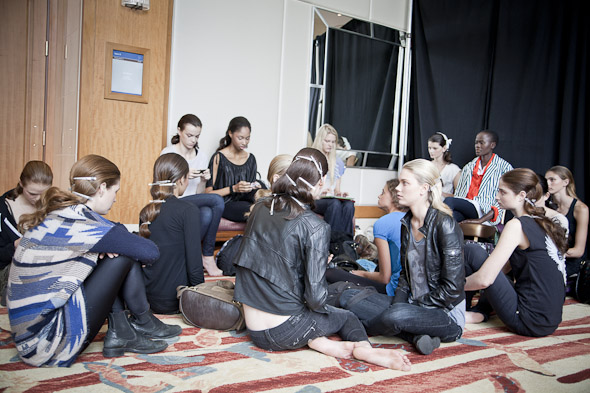 This inaugural day proved to be just that: quiet, collected. The ShOws happen over two-plus hours, yesterday and today, with supermodel Coco Rocha giving the open remarks. In between designer collections, there's a special screening of Rocha's mini-documentary Letters to Haiti to pass the time. With a 4 p.m. start, it's mostly editors and stylists and industry types - light on the day-job bloggers or token party crashers. 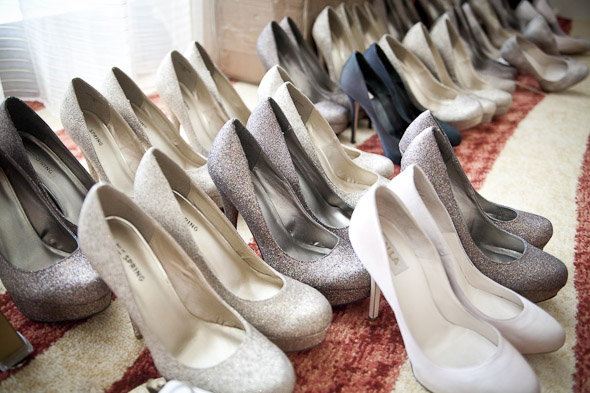 There are three rows of seats, lining a modest runway inside the Ritz Carlton's grand(est?) ballroom. As Nathalie Atkinson reported in the Post yesterday, this thing actually may be the antithesis of LG.

"I'm doing this to bring everyone home, but it's not necessarily just that. I'm already putting pressure on local designers who show outside of Toronto to participate next season," says Fullerton. "We just have this ridiculous amount of talent, and we can bring international media here [instead of the other way around]." 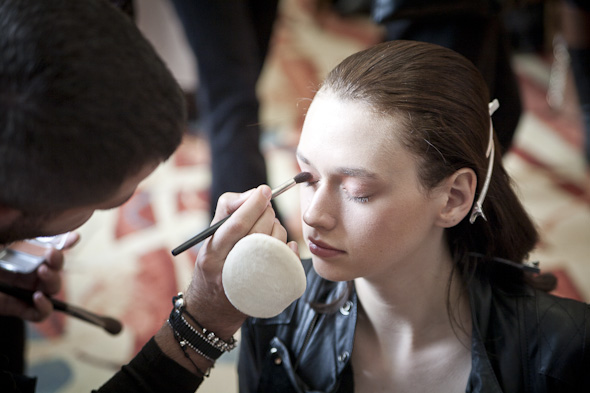 The whole thing is mostly a labour of love for Fullerton and her crew, discovering with each day what's needed, what's missing and how to turn this into something that doesn't rival LG's purpose, but rather complements it.

"It's meant to be totally different [than LG]," she explains. "My goal isn't to make money, it's about doing something with integrity. Let [designers] do something bigger back home, but something that's also financially viable." 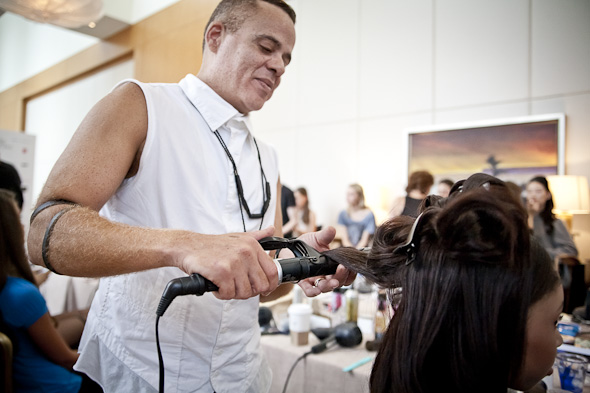 Fullerton and P&G - and everyone in this whole town it seems - want to see The ShOws get bigger and better each year. For now, a select group of fash folks work with Fullerton + co. to invite designers to participate (hopefuls can't buy their way in, no matter the pedigree). The one thing this newly established indie event will never be though? An actual week of its own.

"I just don't think that's necessary for this, if only for the sake of the name." They work by a key strategy: keep it tight; keep it concise; and remember that it doesn't have to be a jungle and a party. 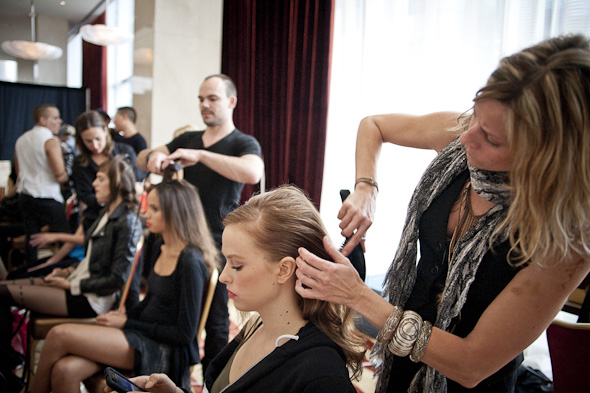 One thing that stands out, post-Day 1 of The ShOws, is that the collections seem disjointed from what everyone else is doing, or will do probably, in the city. It's evident that Tait and Haynes (the two designers on yesterday's schedule) have a completely different set of inspirations, like next-level, otherworldly influences that don't necessarily originate here, in Canada even. That's what makes this so exciting, and so fresh to watch.

We - Toronto - rarely see creations truly influenced (not just imagined) by other fashion capitals. "Show us what we haven't already seen, and let us go home. It's for people who get it, and it's all about business." Well, I'd say it's about time. 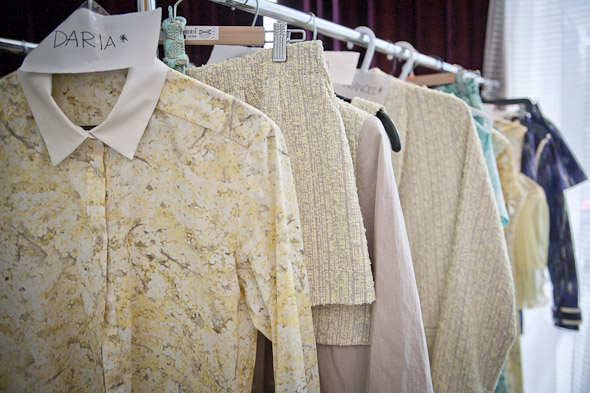