Holt Renfrew, the luxury powerhouse that needs no real introduction, opened LGFW with their usual showcase of Canadiana designers. It's the big to-do of the first night, and some people even lined up for the event at least an hour or so before seating commenced (seriously). I don't quite get the Holts show half the time. On one hand, it parades designers that have already shown elsewhere (hiii Jeremy Laing), and really do deserve an honourable mention or at least another look at their usual tour de force. On the other, it shows collections from designers we're set to see throughout the week (yo, Denis Gagnon). All those logistics aside, the Holts show is not all noteworthy, but there were enough stand-outs to make you wish you had a little more money and a lot more patience.

Here's what you missed:

Smythe
The Smythe team makes looking good so easy. On a model - or on a "real" girl - it all looks so well-crafted and trend appropriate. (Trust me, I've seen the work up close.) For the Holts thing, colourful blazers-cum-coats (in oranges and blues) match all the best skin tones, and little details like a tuxedo stripe here or a bleached jacket there make it all the more likable. 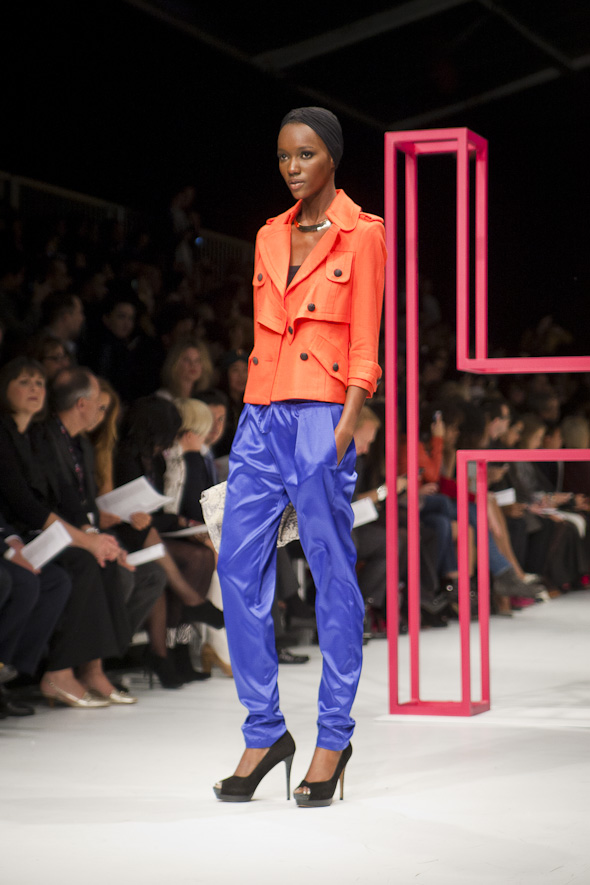 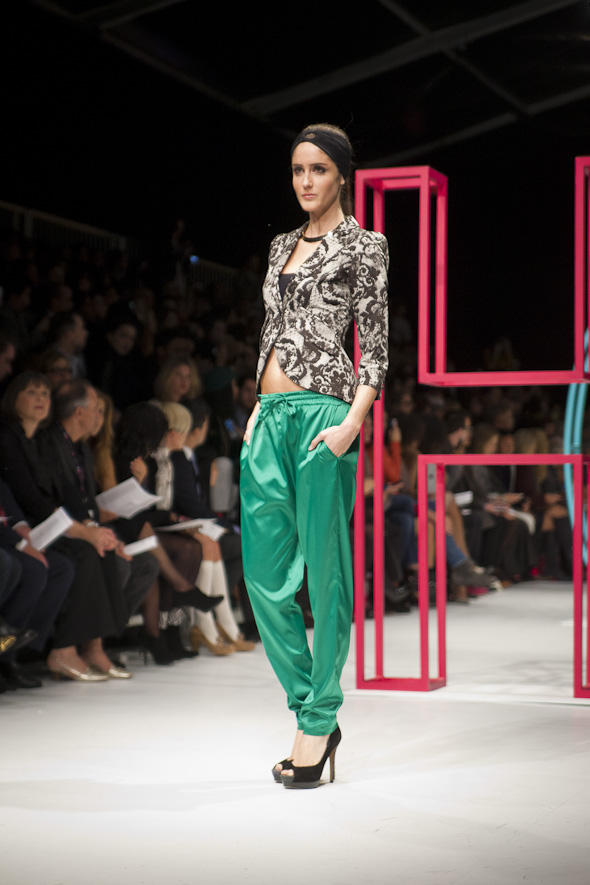 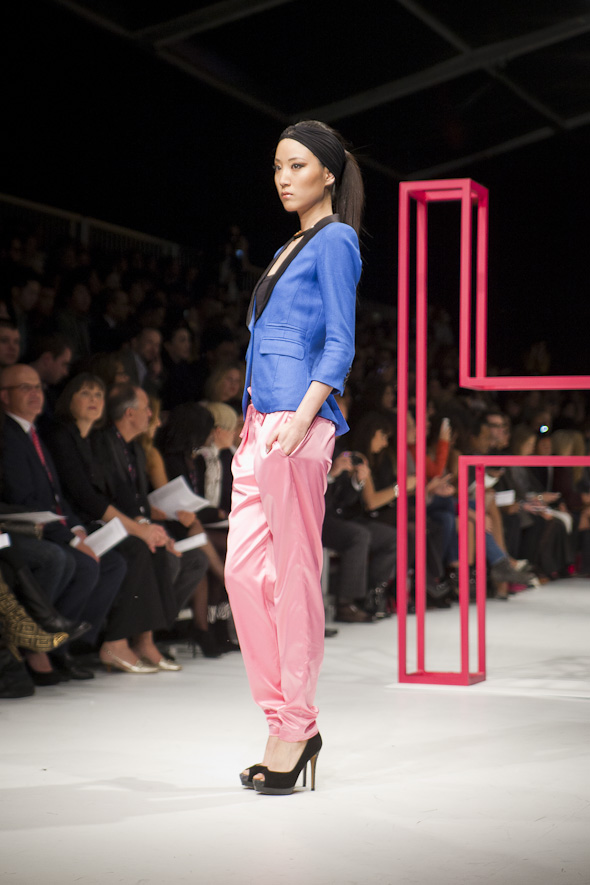 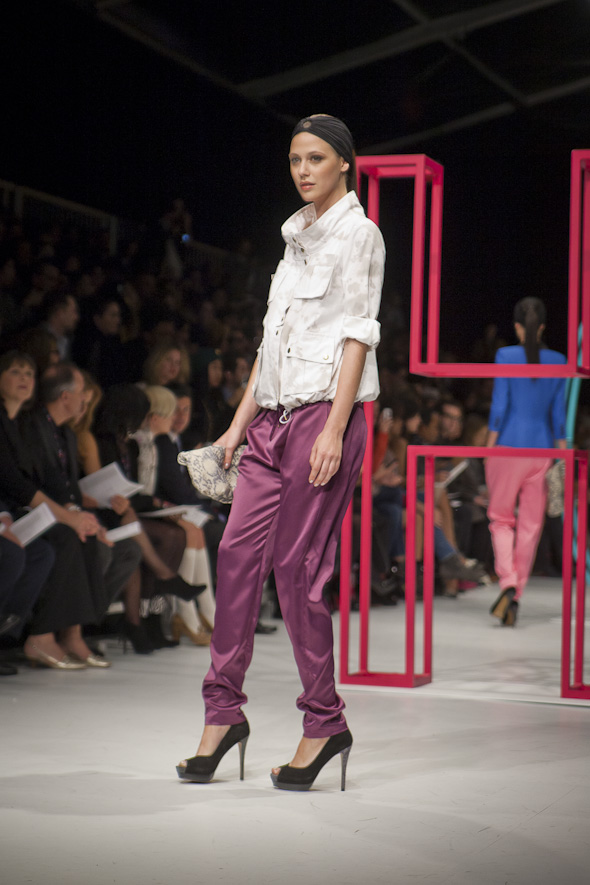 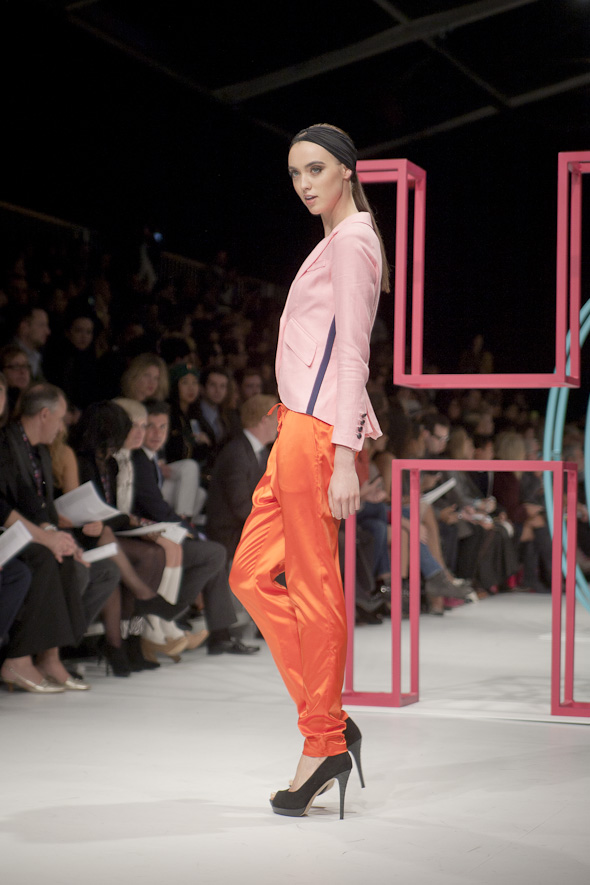 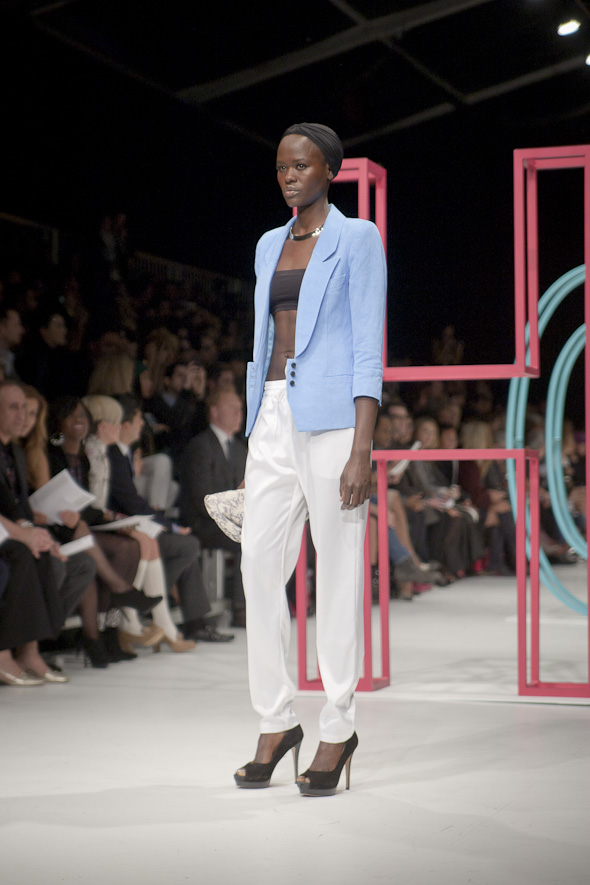 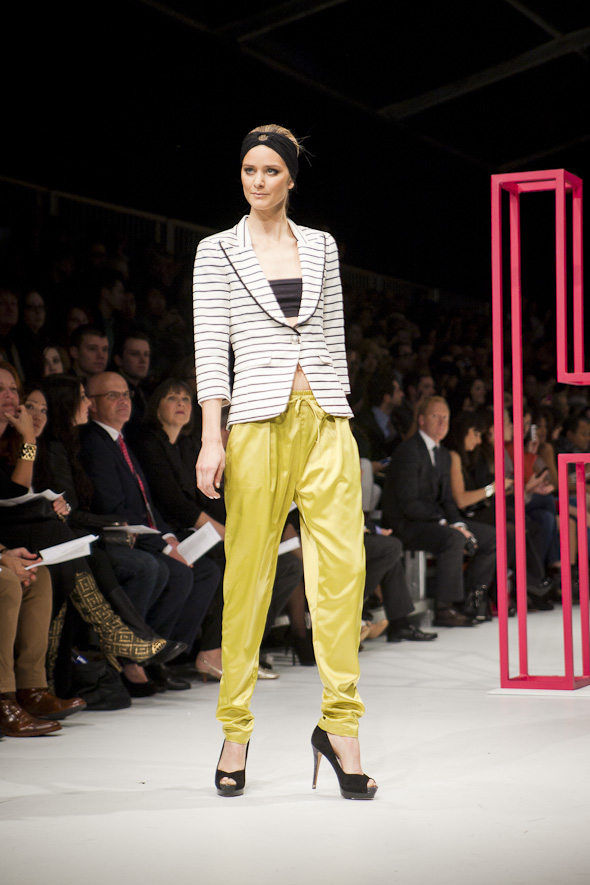 TwentyCluny
Some would disagree, but I prefer the playfulness you'll find in designer Sara Rabkin's line. I mean, it's not game-changing or anything, but a half-sequined dress or stripped mini dress is something you just don't associate with the traditional Holts shopper. Basically, Rabkin designs what she likes and commits to her visions, no matter what they may be. 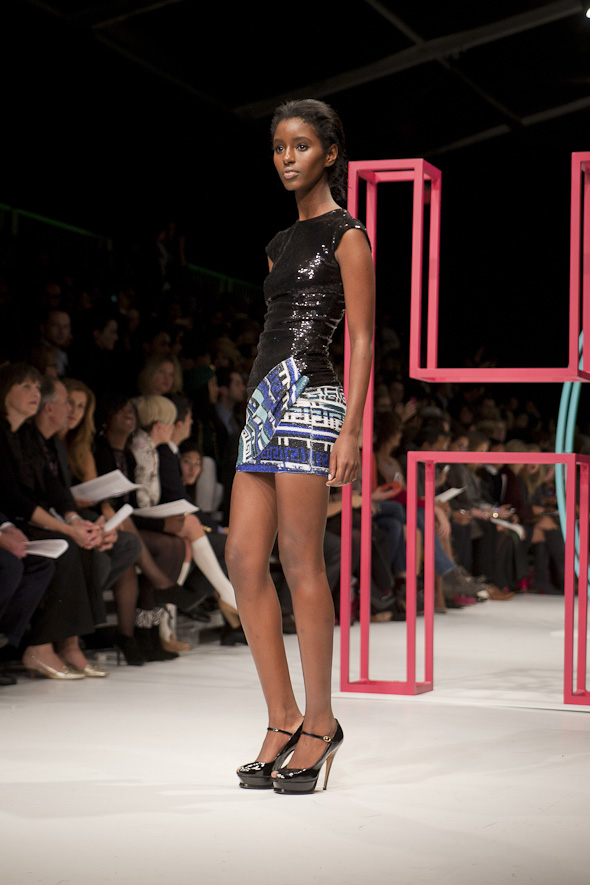 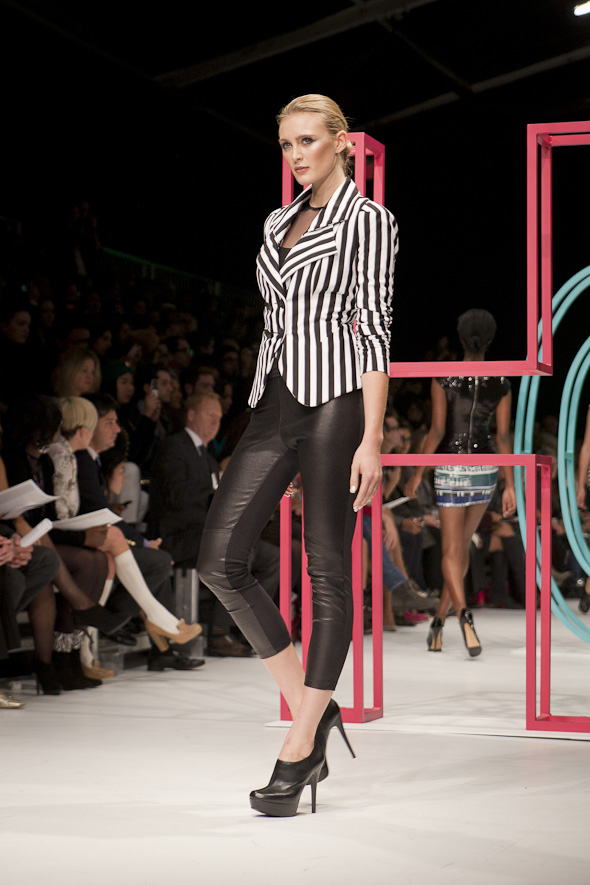 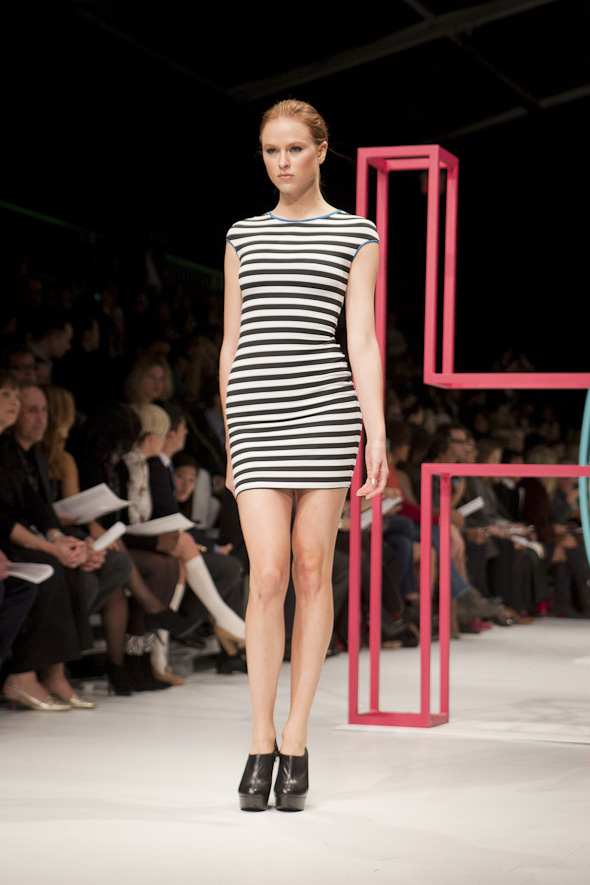 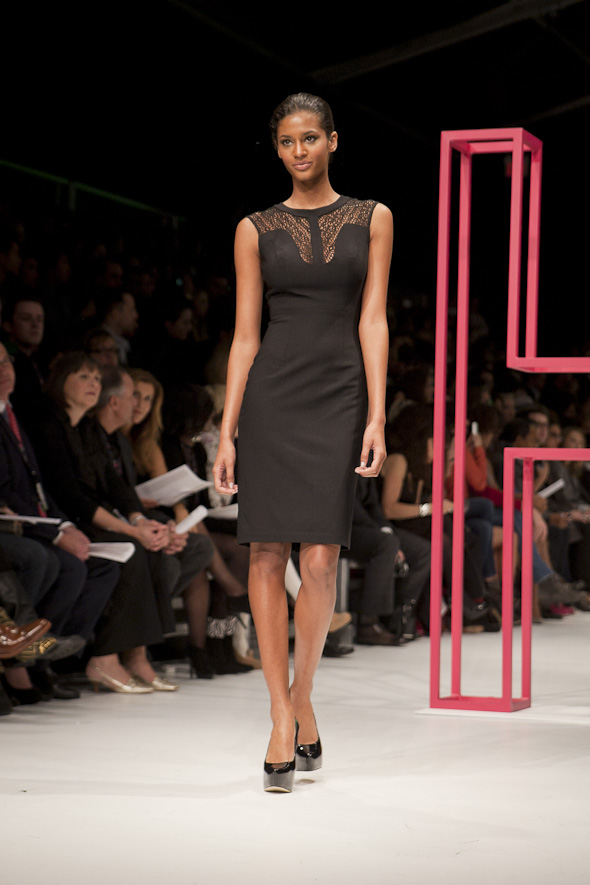 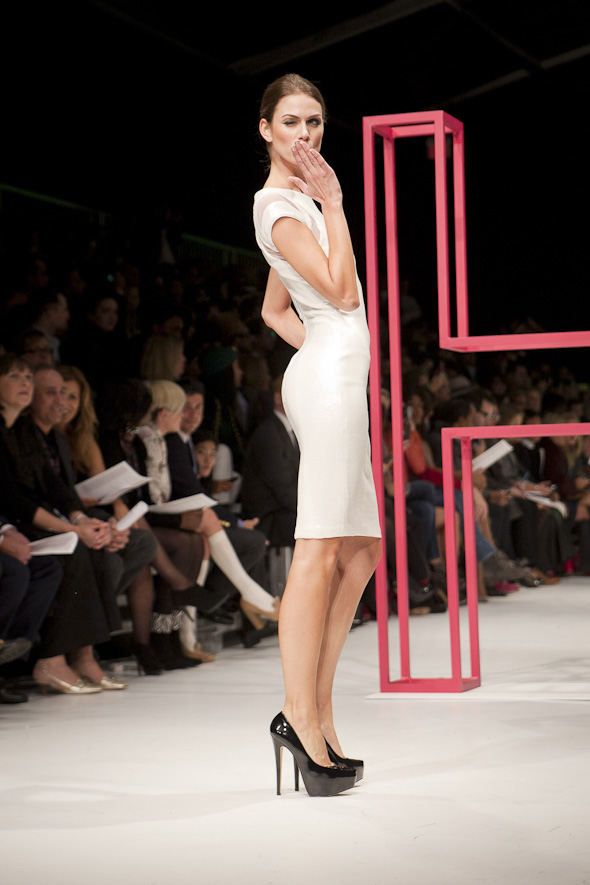 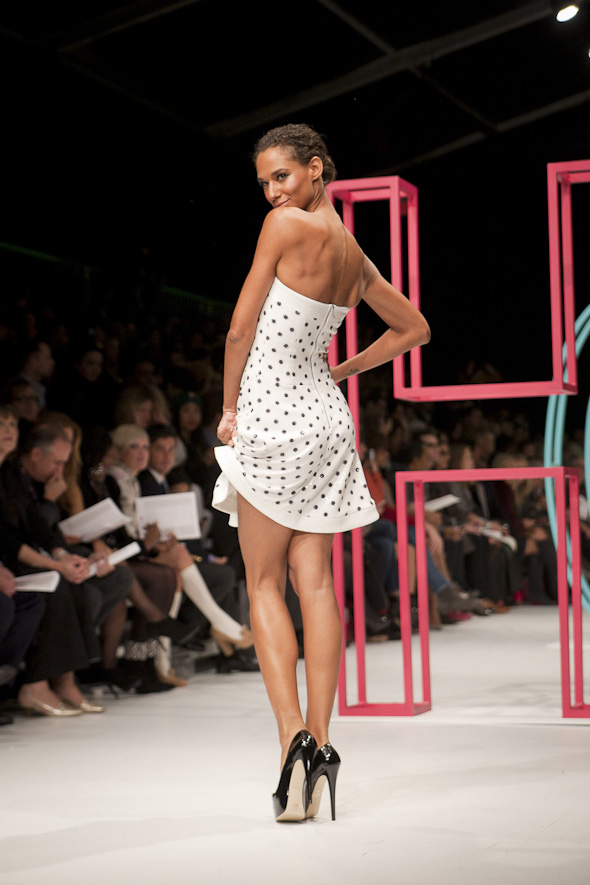 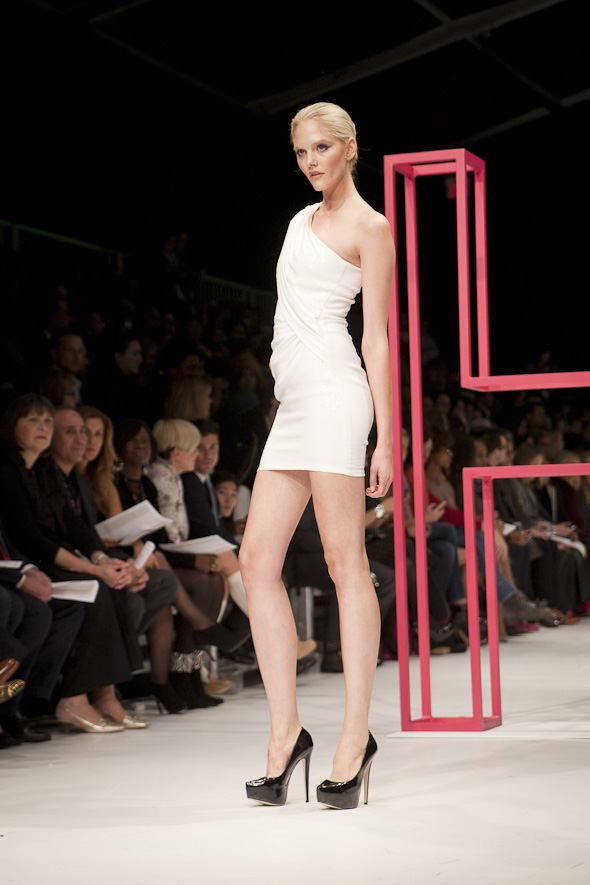 Lida Baday
Why doesn't Lida Baday have her own damn runway show yet? Oh right, because she doesn't need any help selling her clothing. One of the few Canadian designers that has managed to keep a career afloat for, like, ever, she never disappoints and knows exactly what her customer wants, not what she wants. And that's the key to selling sustainable collections. From a silk shift dress to simple jersey tanks, the woman's got it covered. You'll especially love the tweed cropped jacket and her flare for designing dresses (like that great, red v-neck one). She shows last in the Holts show - and with good reason. 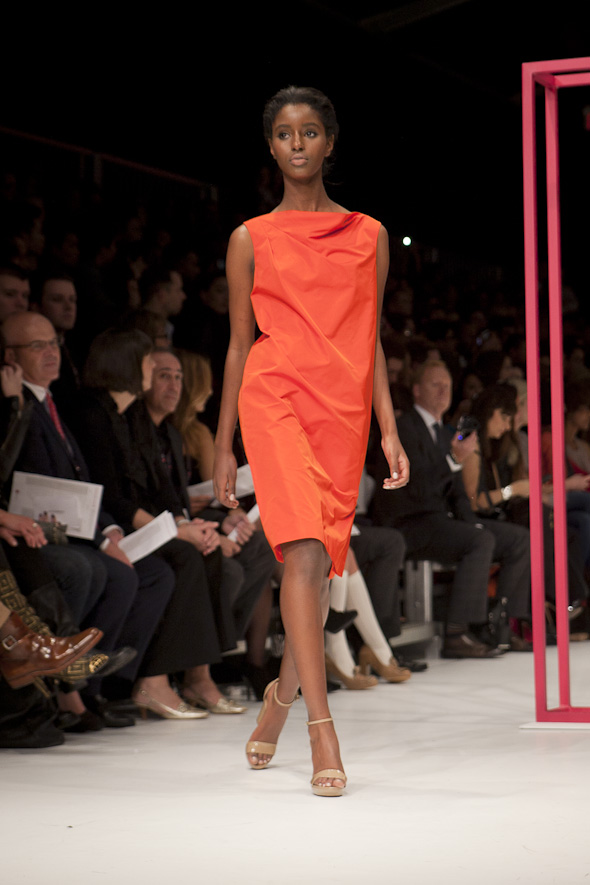 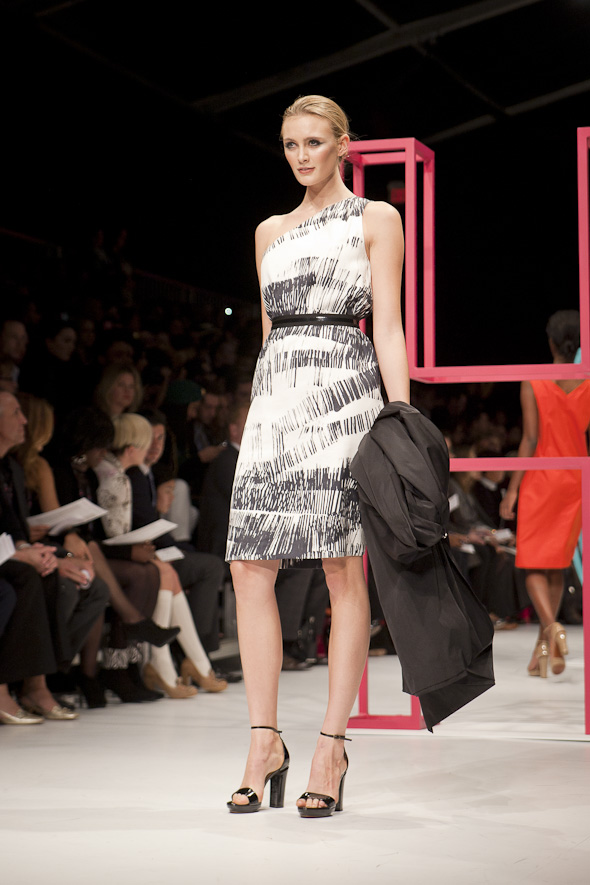 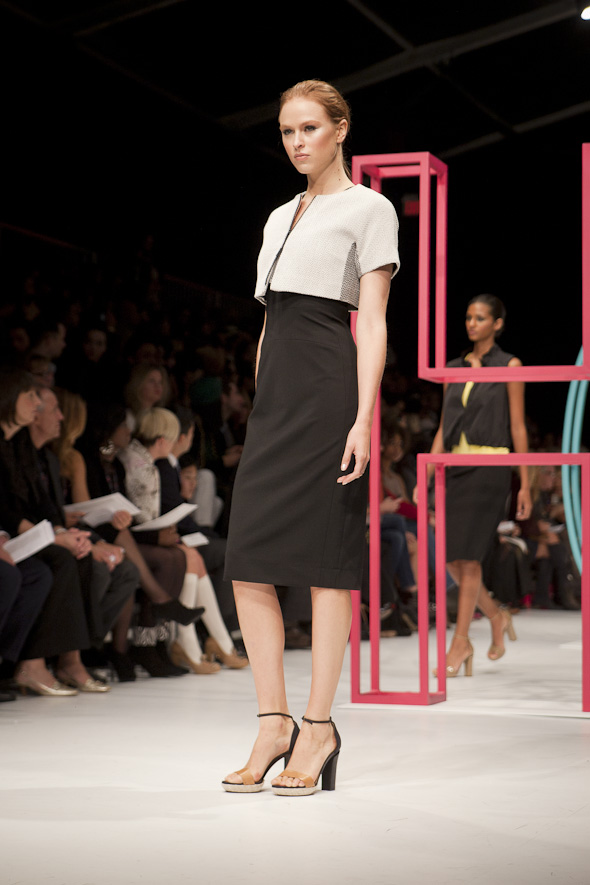 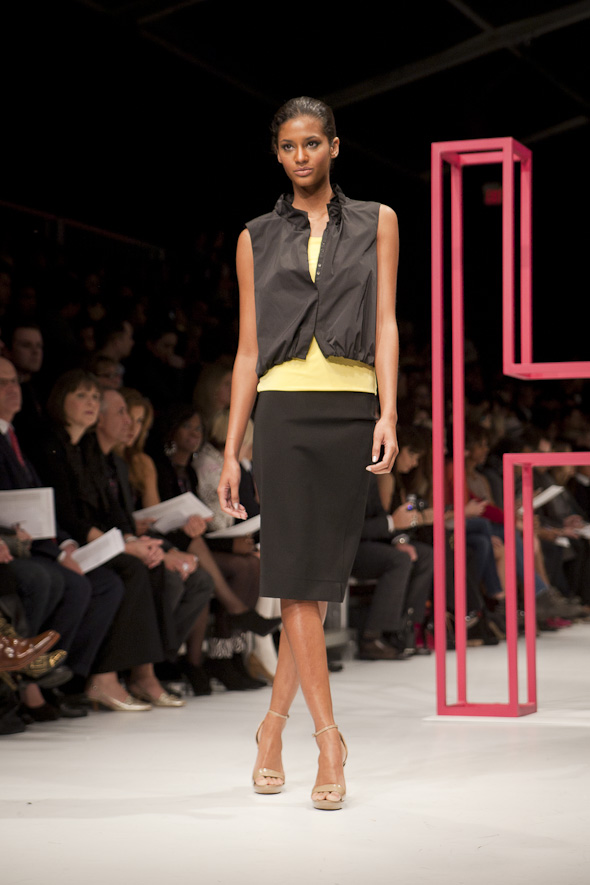 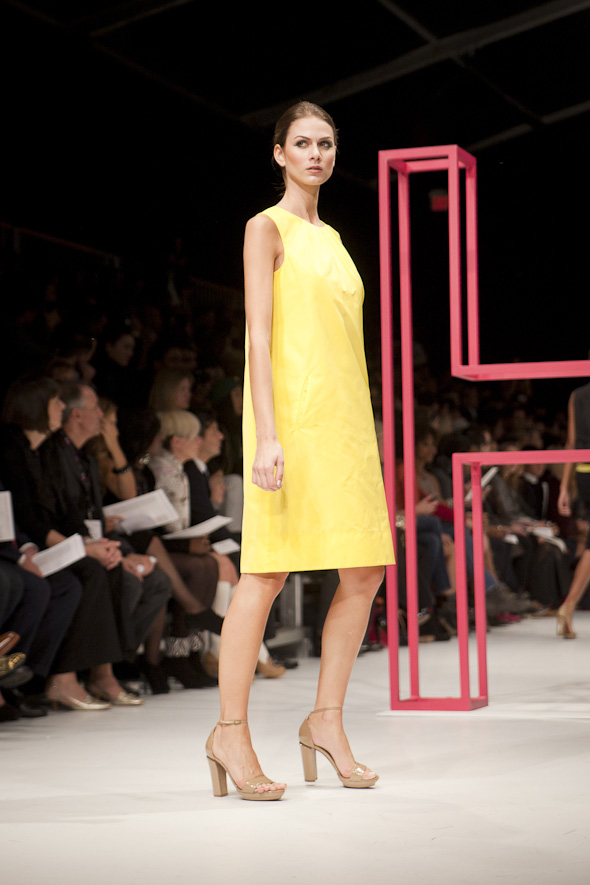 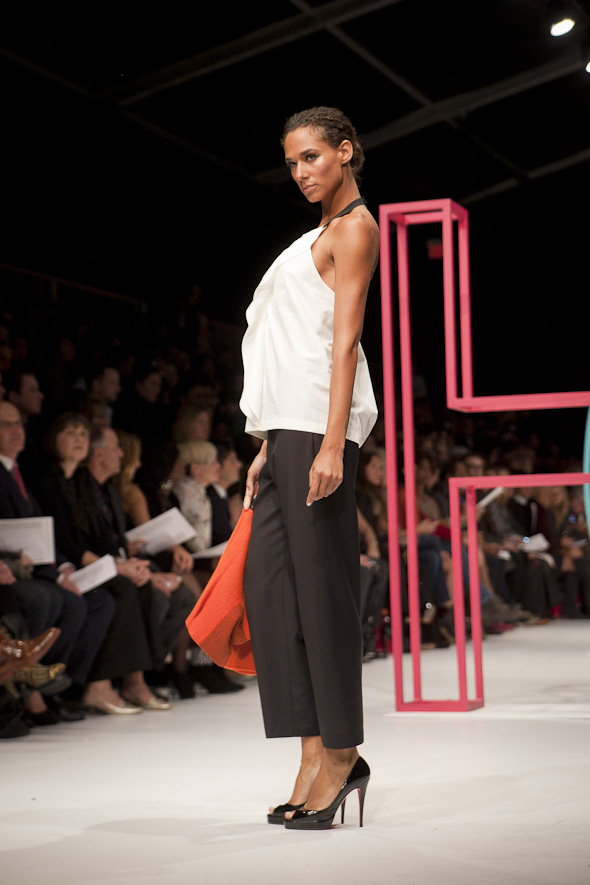 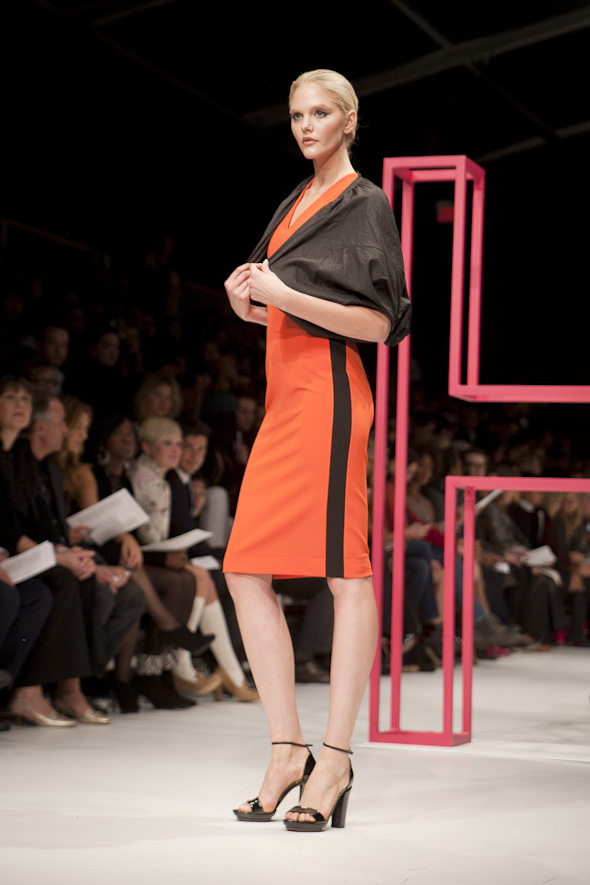 For all photos from the Holts show, view this photo album on the blogTO Facebook page.