I can understand the urge to make out in a space that consistency smells like cinnamon rolls. I, too, am overcome with amorous lust whenever I sense the presence of delicious baked goods. Still, I have a feeling there are other factors at play that would explain the consistent prevalence of physically passionate couples at Union Station.

Parting partners are typical culprits of public displays of affection, and for that, even I cannot blame them. What I can do, however, is use the sight for personal amusement and make up some elaborate story about their agonizing separation. The misses caught the two of you fulfilling your long-repressed desires and now she's running the homewrecker out of town? Hey--what else am I going to do when waiting for a train? 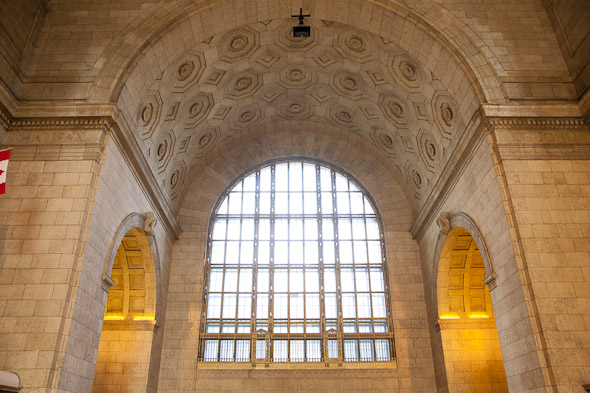 Union Station has nostalgia built into its walls, so it's no surprise its 40-foot stone columns might elicit some emotion. Of course, there are few discreet spots to express that emotion if you want to keep your affection concealed from strangers' imaginative, extrapolative eyes. The unabashed, on the other hand, seem to secure a position right beneath the train timetable, where all eyes in the Great Hall eventually seem to land. These people are not among Toronto's most bashful, especially considering there's often someone sitting right there at the information desk. 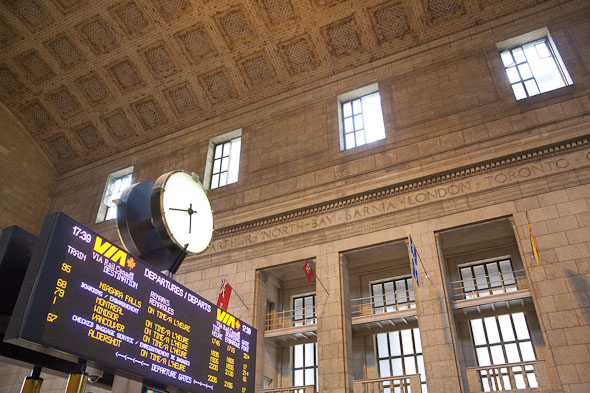 You might occasionally catch couples going at it from the seats lining the stairs down to the subway. These are the physically resilient pairs. A stagnant person sitting for a prolonged period of time in those chairs would be lucky to walk away with just a little soreness; I cant imagine the metal grate imprints fondling couples must be sporting. Something to remember on the train, I suppose. 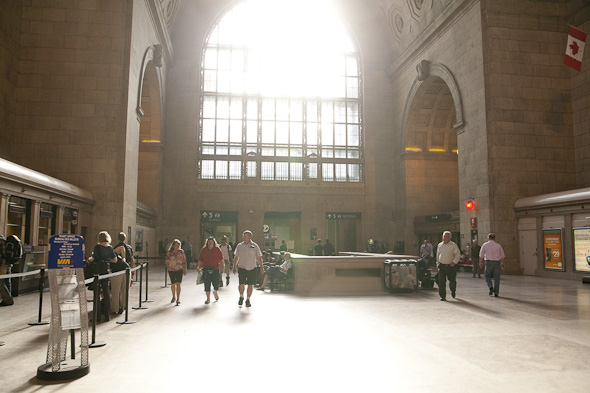 But for all the charming, quasi-audible 'last call' announcements, the Great Hall's breathtaking vault ceiling, and the quiet rumble of rolling suitcases being pulled along their way, Union Station does have some "makeout spot" drawbacks. There's the traffic, the noise, the abundance of fussy children, and the characters like the woman I saw last week dissecting a cooked turkey with a pocketknife; all of which, that is to say, might spoil the mood. So use Union Station to make out if you can, or else just resort to the inevitable and pick up a cinnamon bun from downstairs. 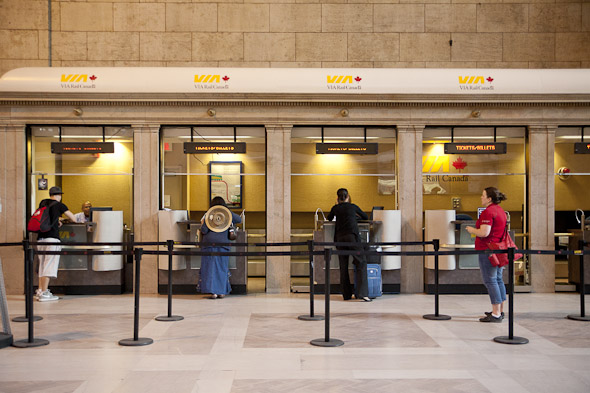 Watch out for: Late and irritated passengers for whom you're in the way 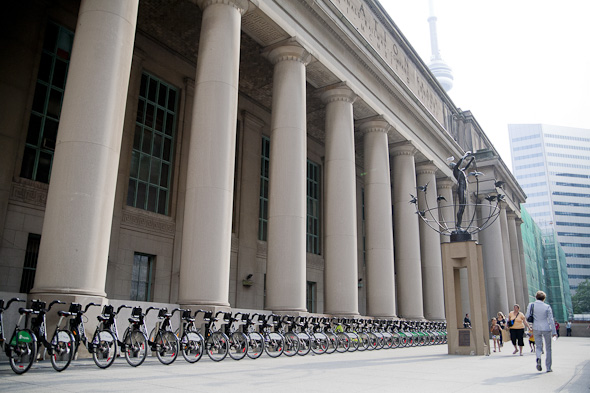