Cyclists descend on Dundas West for jeans and PBR

If the barricade of fixed gear bikes fenced outside of Dundas West's Lost and Found last night was any indication, the launch of the new Commuter collection by Levi's was a freewheeling success.

The line, which features reworked 511 skinnys for the Ford-maddening cyclist, are designed to make commuting more breezy, no, literally. The pants, in Indigo, Chinchilla and a charcoal grey, come equipped with high def features like an antimicrobial sanitizing technology, water repellence; what they call NanoSphere technology, 3M reflective piping, a waistband to hold your Kryptonite, a higher rise in the back to keep plumber's butt on the dl and not to mention the reinforced crotch, keeping your private wear and tear to a minimum. 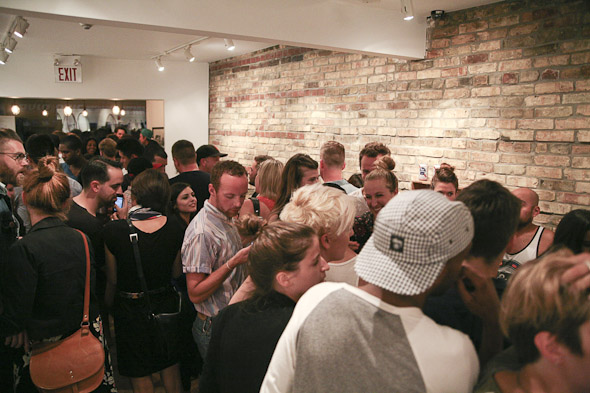 Lost and Found, which is carrying the collection, clearly knows their urban commuters well, with copies of The Grid and our Toronto maps stuffed in the secret compartments of the Indigo jackets, also part of the line and on display. And of course, Pabst, the Dundas West beacon of urbanite hipstordom, and the only saving grace in an overly packed and underly ac'd party, forcing most people to use the icy cans as their own cooling technology.

Unfortunately there was no evidence of water gun fights last night, promised on the invite and meant to prove that the pants are as slick as they claim to be, but maybe I'll ask for one on my next trip in. 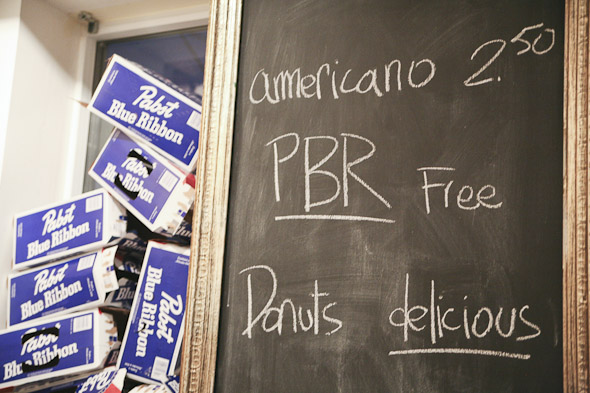 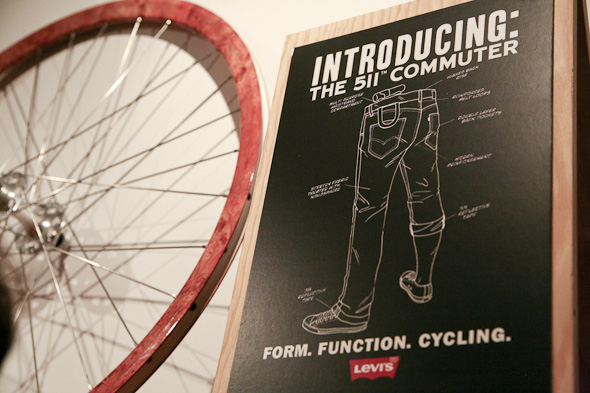 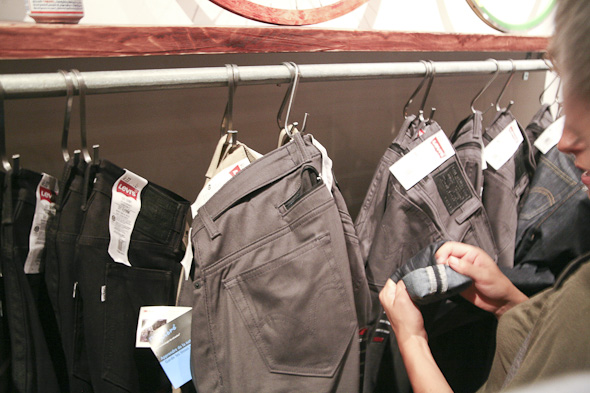 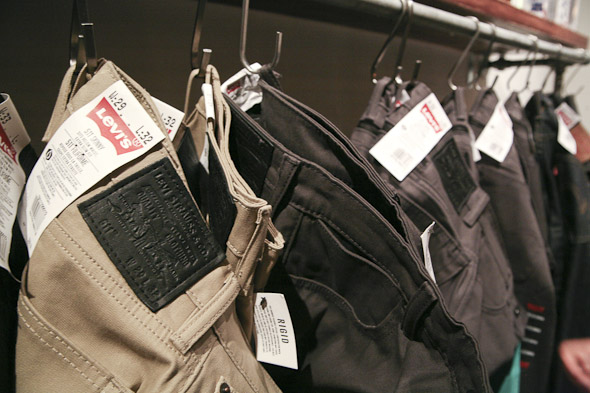 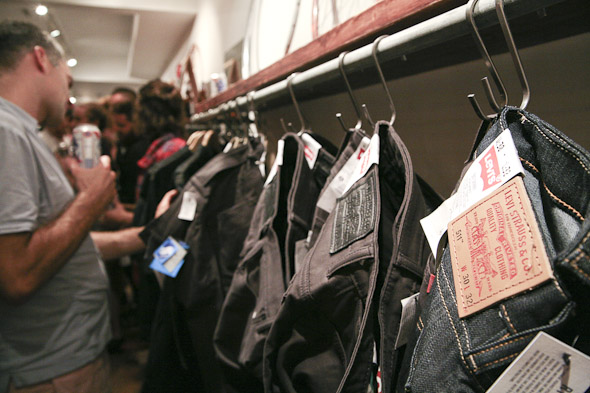 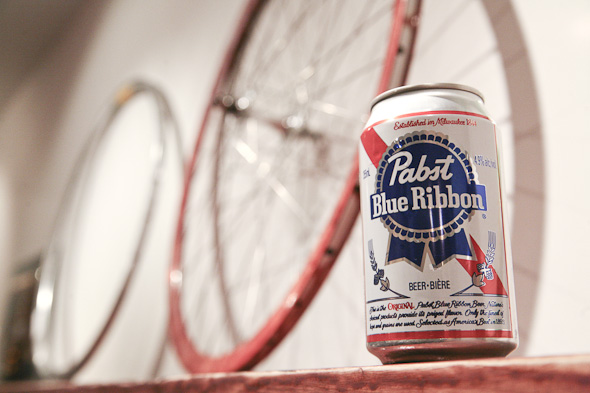