Lingerie models bring a bit of Paris to Toronto

Do you know how many times I've heard women — on TV or next to me on the runway — say, "I don't know why I spend all this money on shit when it's going to end up on the floor minutes later." Yeah, I hate that thought process too. Fact is: lingerie is hot. And sure, a chick in lingerie is hotter. But, with any sartorial choice, I'm optimistic in the notion that women indulge in a little silky something for themselves and not just for men. And it's a funny experience when you to go to a fashion something and suddenly see all the hetero dudes exercising their right to a plus one.

By all male accounts, last night's Lingerie Francaise presentation was a smashing success; our plucky photog Dennis declaring: "the best fashion thing I've ever been to." Of course it is. The yearly display of sweat-inducing unmentionables (literally: see the last installment) showcases the best in boudoir basics direct from France. Five brands hit the runway, including first-timer Lejaby and season regulars Princesse tam-tam, Simone PÃ©rÃ¨le, Empreinte, and Gerbe. The count was down two from last year, but I don't think anyone cared; the selection was solid. 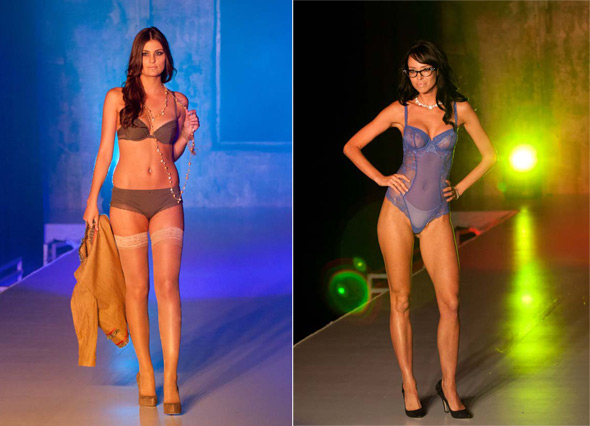 The presentation was the best it's ever been. Inspired by "sirens of the silver screen" from yesteryears past, the show was divided up into five vignettes (one for each brand), with a short performance punctuating each one. For a runway show like this, the deliciousness is in the details — from the presentation to the styling, courtesy of savvy ingÃ©nue Helen Krispis. Indeed, there are very few things you can do to make lingerie more exciting, and the pieces shown last night clearly speak for themselves (feast on the pictures for lunch, if you must).

But to those who go to a lingerie show just for the supposed, ugh, T&A: why? Boobs are back in fashion, in vogue, on the mainstream runways. They have been for quite some time now, and anyone at last season's LGFW surely had their nipple quota met in excess (I'm looking at you, Brandon Dwyer). The Lingerie Francaise, ladies and gentlemen, is a classy affair.

Highlights included Simon PÃ©rÃ¨le, showing pops of electric colour and sexy shapes in the first act with retro-inspired pieces you imagine the girls of Mad Men to be wearing under their costumes. Lace, silk, fitted, fancy; every piece from every collection looked made to rival Victoria's Secret - with the models to match, featuring the top girls from the city's top agencies. Actually, it was no contest.

Equally exciting was Lejaby's subtle take on sexy, refreshing with simple colours and silhouettes that featured hand-stitched details made for the woman who prefers an understated simplicity to her lingerie. Krispis also managed to bring an element of glamour to match the grandeur of the whole thing, pairing basic bras with furs from The Bay Fur Salon, the department store's newest shop-in-shop darling and next step toward retail takeover. Other sets were paired with pieces from Pink Tartan (an embroidered blazer stands out), wrap dresses as robes from Halston Hertiage and — believe it or not — uncomplicated separates from Topshop, also new to The Bay. Basically, the new motto is: lingerie for every woman, anytime — not just Taylor Momsen. 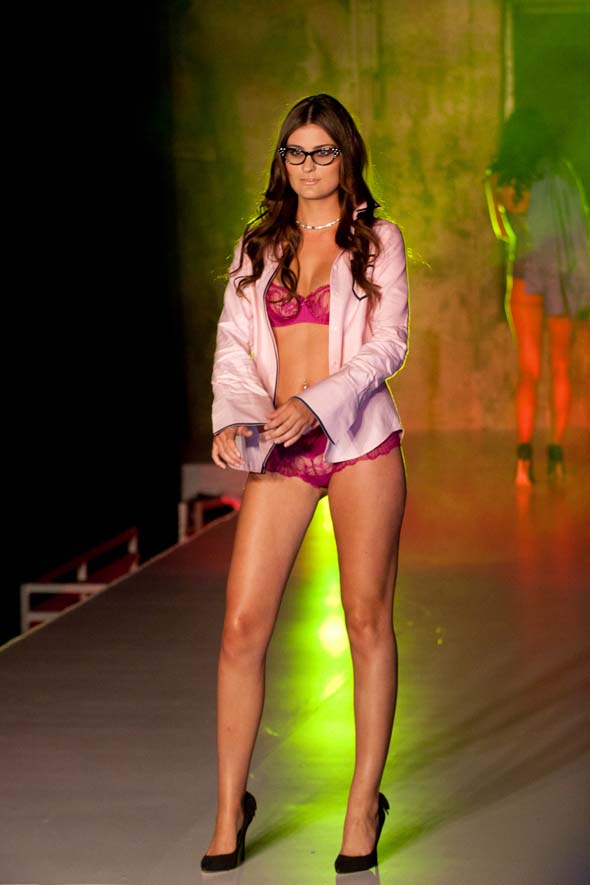 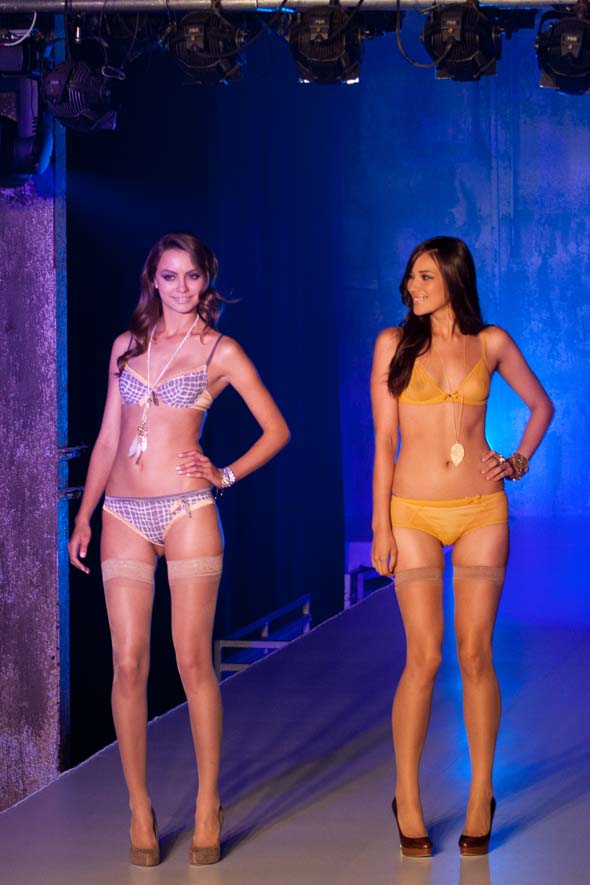 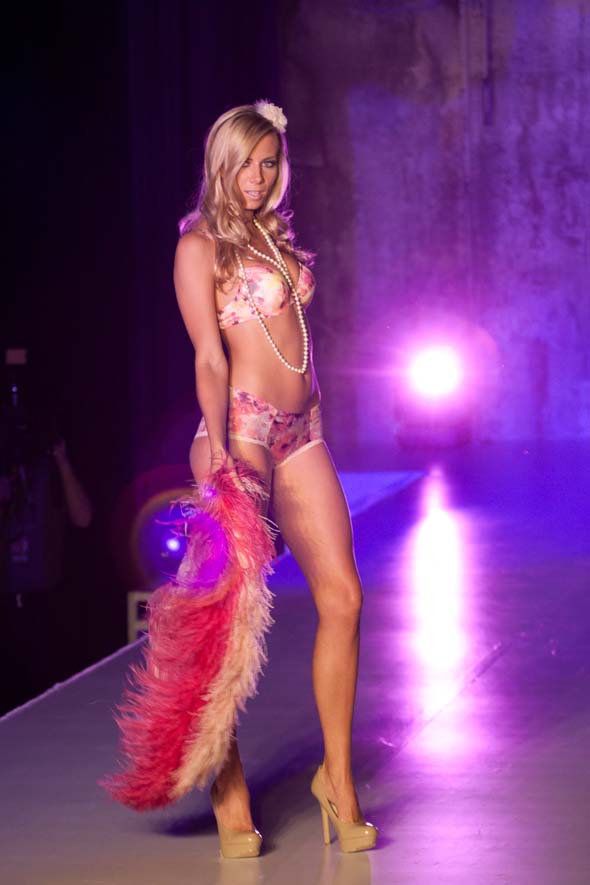 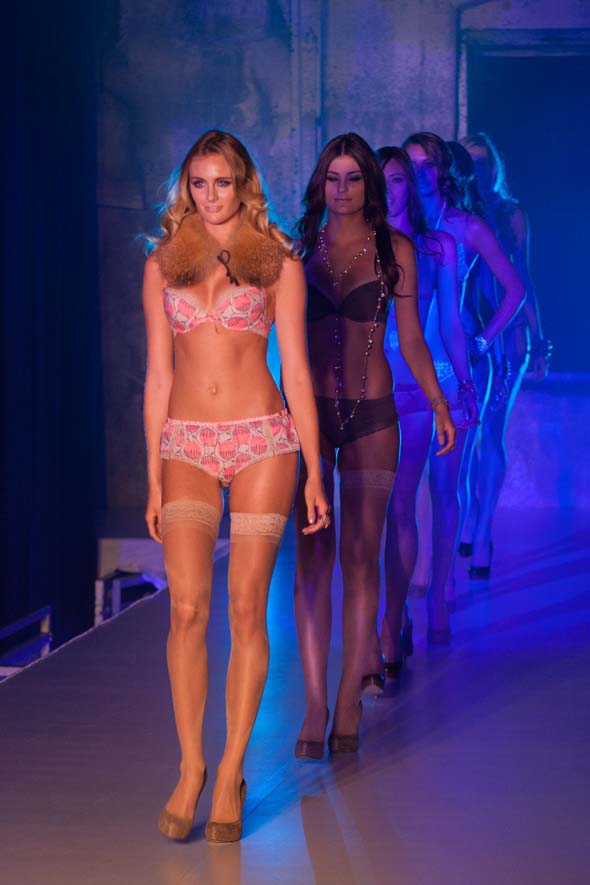 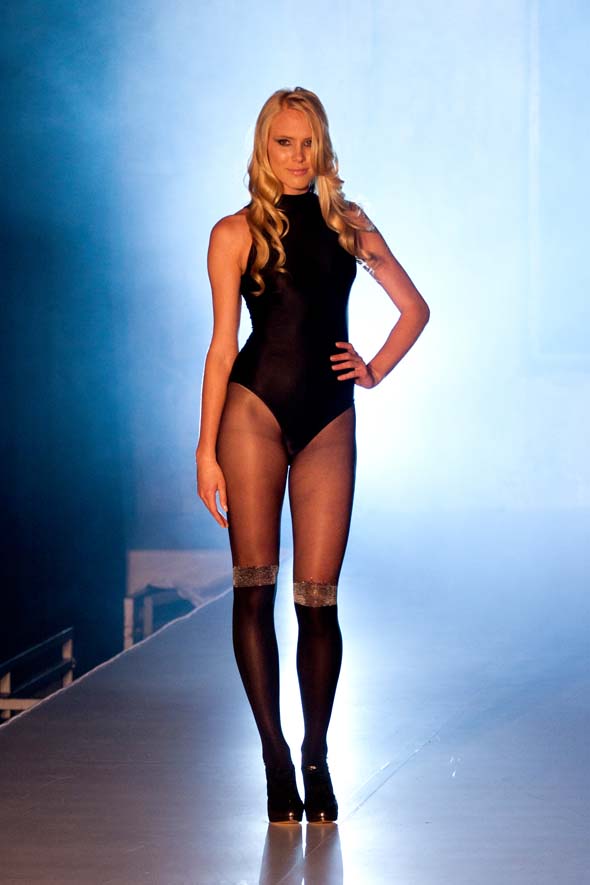 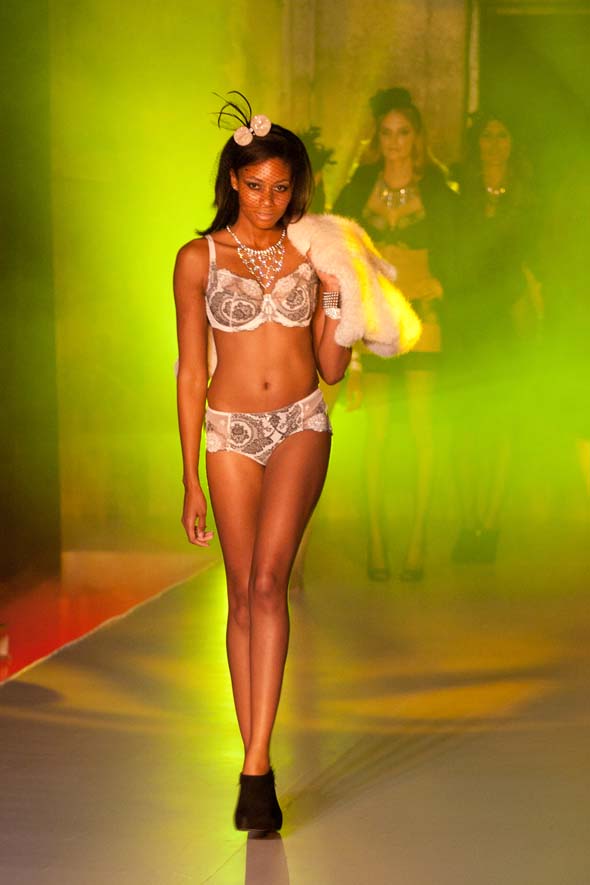 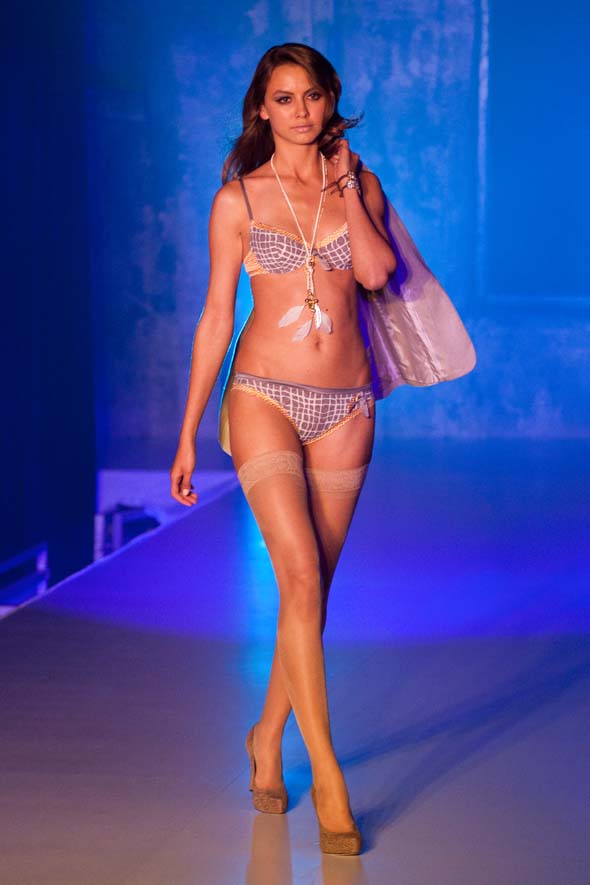 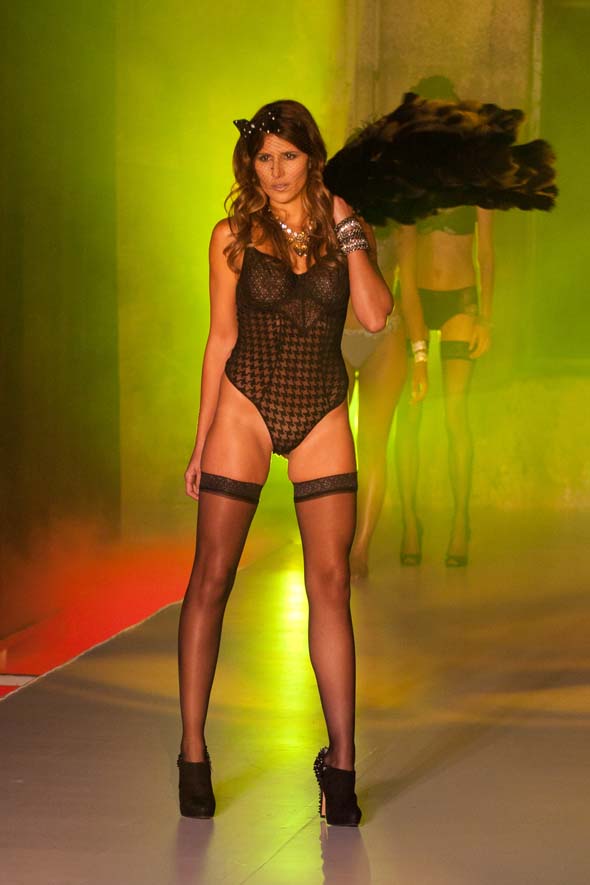 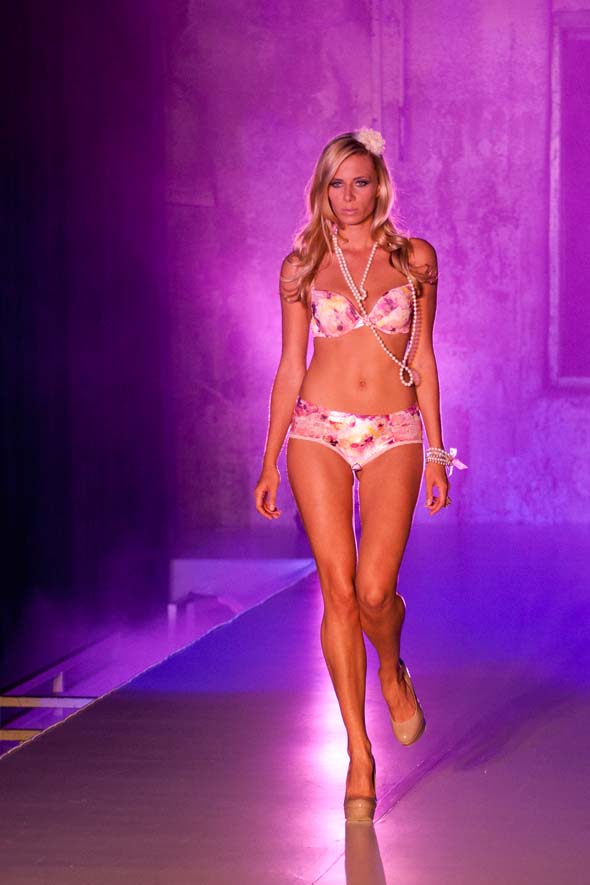