The Bay has been killing it lately. After throwing the much-ballyhooed party for Vogue Japan editor-at-large Anna Dello Russo in April, they welcomed American dreamboat designer duo Proenza Schouler last week to The Room for a showcase of their latest collection and the chance to meet their adoring public.

And adore they did. Not since Alexander Wang's visit to Holt Renfrew last summer was there such an outburst of out-and-out fanboyism from girls and boys alike. Because, well, damnit, they're goddamn dreamy. Lazaro Hernandez (the popular choice among lads and ladies) and Jack McCollough (the dark horse for whom many have a soft spot) camped out in the middle of the party and were surrounded with admirers all night, virtually unable to move at all. 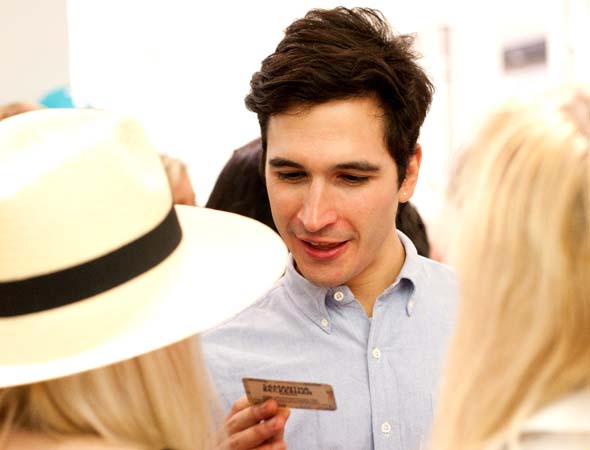 It really was something to see some of the city's most hardened fashion editors and industry stalwarts sidle up, all nervous-like, to the boys and girlishly gush over how talented they are, how nice it was to have them, blah blah blah. Refreshing, really.

Despite being a mite camera-shy, they seemed relatively unfazed in the face of such swooning. This was an impressive feat, considering the sweltering temperature of The Room. (This caused a lot of "is it hot in here, or is it just them?" jokes. Ba-dum-shhh!) 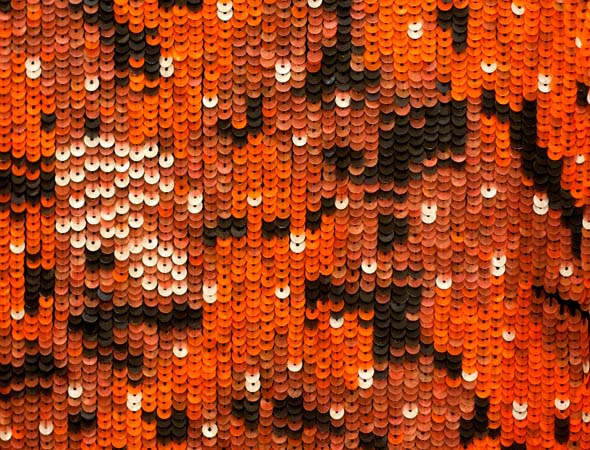 Better yet, Proenza fans got a chance to handle the goods, as the latest collection was proudly on display (pssst: the new coral PS1 is fabulous, but that cheesy brass hardware? Bitches, please!). The fluorescent orange sequined number rang in at a cool six g's, while we were unsure just how much the gorgeous spring pieces in bright neon yellow (big for summer, yo!) set them back. The scene's major fashion fail, however, was the woman sporting a royal-blue plastic mini-dress, complete with matching navy locks and cobalt-blue, Freddy Krueger-esque finger adornments.

Doesn't matter, I guess. All eyes were on Lazaro and Jack. 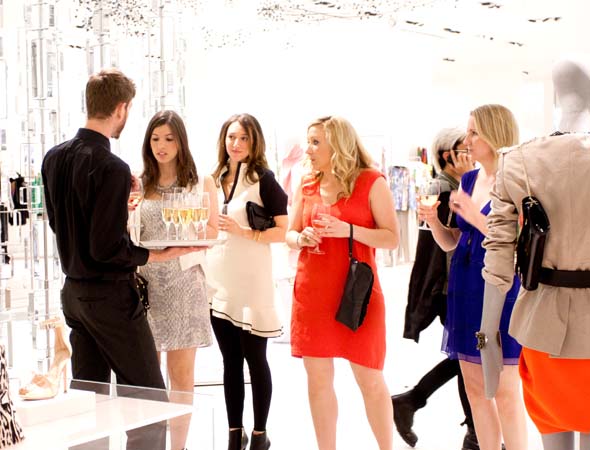 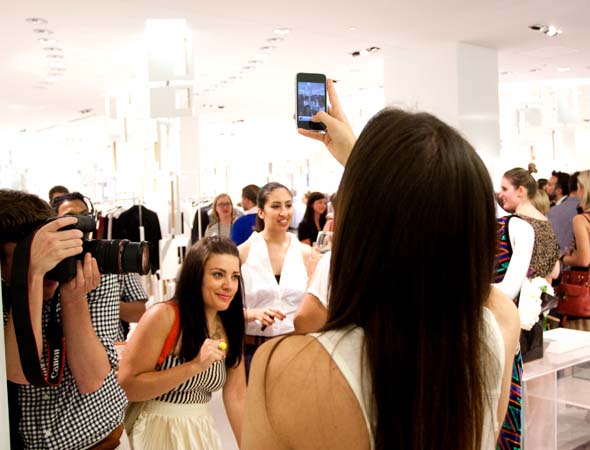 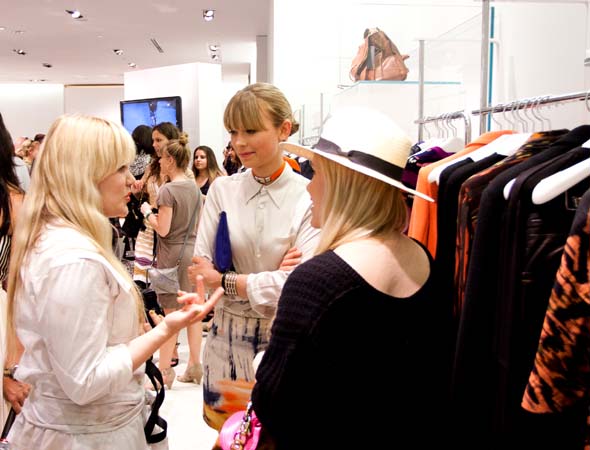 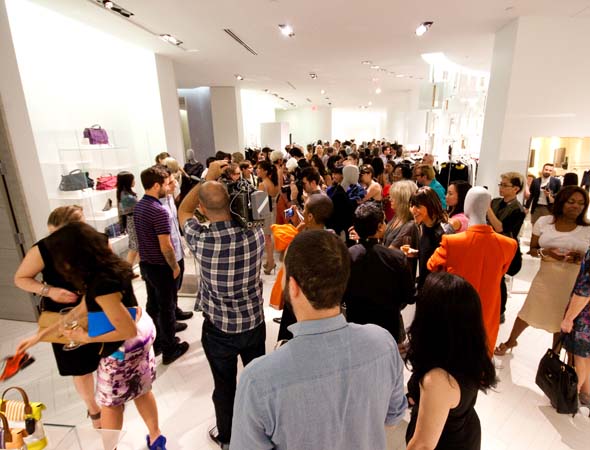 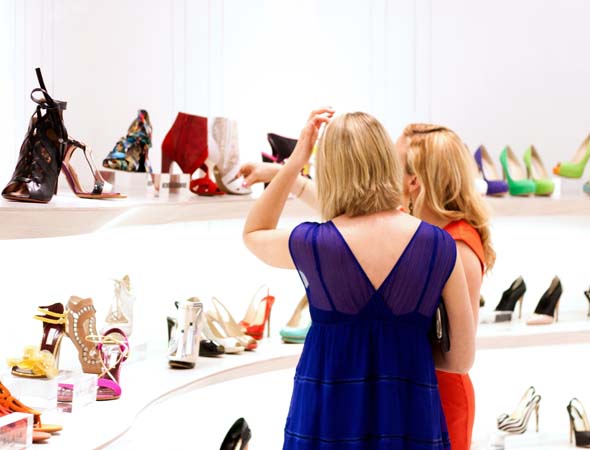 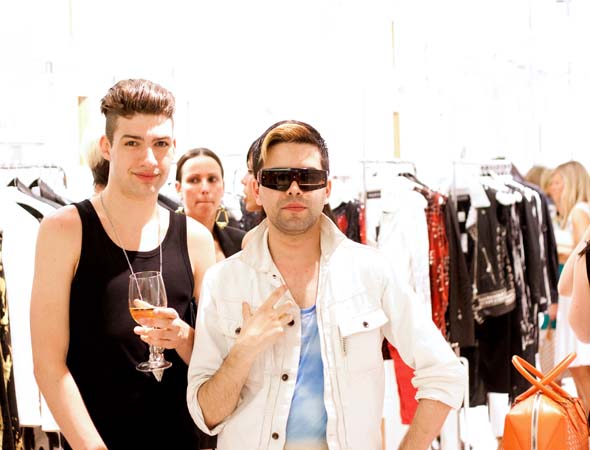 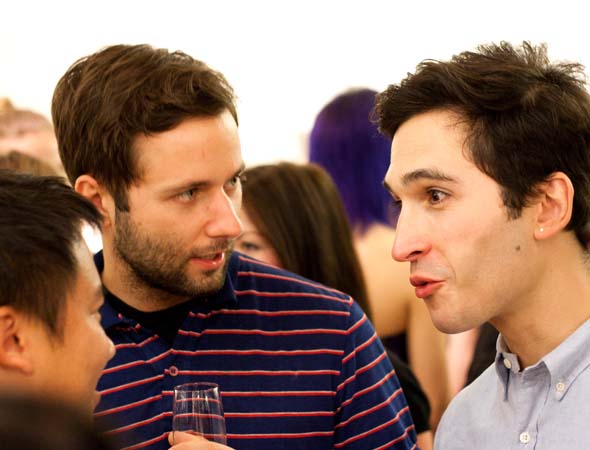 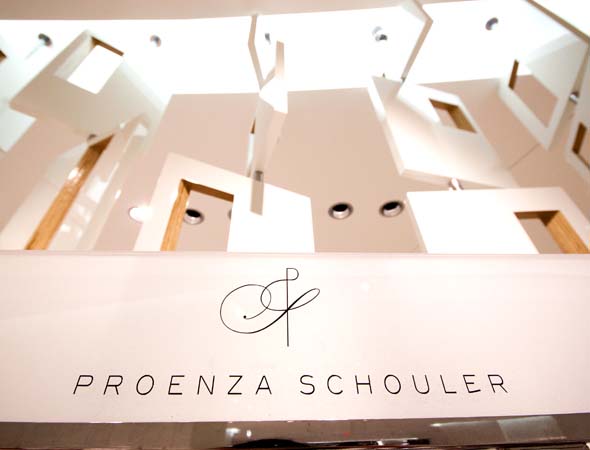 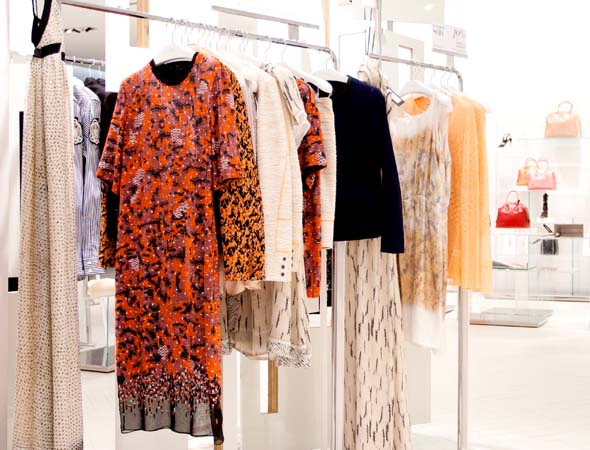